The Process Of Financial Emigration

20 Mar The Process Of Financial Emigration

Posted at 07:53h in Uncategorized by admin 0 Comments
0 Likes 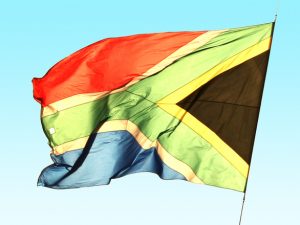 Private individuals regarded as residents for exchange control purposes, who are leaving South Africa to take up permanent residence in a foreign country outside the Common Monetary Area (CMA), may apply before departure, to be accorded the facilities set out below. Applications must be accompanied by a duly completed Form MP336 (b) signed by the applicant, together with a SARS Tax Clearance Certificate.

Where securities and financial instruments listed on the JSE Limited have been dematerialised or immobilised in a Central Securities Depository via a CSD Participant or a Central Depository (CD) via a Settlement Agent, the Authorised Dealer under whose control the emigrant’s blocked assets are held must, at all times, be able to demonstrate that such blocked assets are being held to the order of that Authorised Dealer.

Private individuals emigrating to any country outside the CMA will qualify, at the time of emigration and after all their assets have been brought under the control of an Authorised Dealer, to be accorded the following facilities:

(bb) in addition, a travel allowance applicable to each member of the family unit on the basis and subject to the prescribed limits.

A widow or widower or a single parent with accompanying dependant(s) may also be regarded as a family unit.

(bb) in addition, a travel allowance on the basis and subject to the prescribed limit.

(c) The travel allowance referred to above may only be accorded once and not more than 60 days prior to departure.

(d) Foreign assets held by emigrants at the time of departure need not be deducted from the foreign capital allowance outlined above, but where other capital transfers have been authorised and effected

prior to emigration such amounts must be deducted.

(e) Donations or gifts in excess of R100 000 received by an emigrant within three years or as capital distributions within three years, prior to the date of emigration, will be deducted from the aggregate of the assets before determining the amount to be accorded.

(f) Persons who have already emigrated but have not fully utilised the current authorised foreign capital allowance in terms of subsections B.2(E)(ii)(a)(aa) or B.2(E)(ii)(b)(aa), may be accorded additional capital transfers provided that the total amount availed of does not exceed the current limits.

Upon receipt of confirmation of the emigrants’ departure from the Republic they will be redesignated as resident in their new country, but the following procedures will apply in respect of assets held at the time of

(a) Any cash balances remaining after the appropriate facilities have been granted and all capital payments accruing thereafter to the emigrant, as well as the total proceeds of any asset subsequently sold, will require to be credited to an emigrant’s blocked current, savings or interest bearing deposit account with an Authorised Dealer.

Such funds may be utilised locally for any purpose.

Where such funds are utilised for investment purposes, e.g. investment in unit certificates issued by companies registered under the Collective Investment Schemes Control Act, 2002 (Act No. 45 of 2002), Authorised Dealers must, at all times, be able to demonstrate that such investments are being held to the order of that Authorised Dealer.

(c) All securities quoted as well as unquoted, owned by the emigrants at the time of their departure or accruing to them thereafter, must also be deposited with an Authorised Dealer and may not be released, except temporarily for switching purposes, without the specific authority of the Financial Surveillance Department. Unquoted securities, however, may only be switched into quoted securities.  In the case of securities and financial instruments listed on the JSE Limited and dematerialised or immobilised in a CSD via a CSD Participant or in a CD via a Settlement Agent, Authorised Dealers must, at all times, be able to demonstrate that such listed securities or financial instruments are being held to the order of that Authorised Dealer.

(d) Securities of the nature referred to above must be restrictively endorsed in terms of Section G.(F)(i)(a) of the Rulings.

(e) Any other assets belonging to the emigrants at the time of their departure or accruing to them thereafter must be brought under the physical control of an Authorised Dealer.  The Financial Surveillance Department will, on application, consider requests to transfer the emigrants’ remaining liquid assets or the export of quoted/unquoted securities in lieu of cash, exceeding the foreign capital allowances stipulated in subsections (E)(ii)(a) and (b) above.

Emigrants wishing to avail of the above dispensation must obtain a Tax Clearance Certificate/Letter of Compliance in the prescribed format, issued by SARS bearing the SARS logo and specific background watermark, which must accompany their application to the Financial Surveillance Department for consideration.

Do you need hassle-free guaranteed results in getting your rands out of South Africa? Fill out the form on our Register Now page and we’ll be in touch within 2 business days.