Posted at 02:11h in Uncategorized by admin 0 Comments
0 Likes

Foreign Exchange: How Does It Work And Why Is It So Complicated?

Foreign exchange – a term that brings fear to most international travellers, budget-aware spenders and anyone who’s ever contemplated transferring funds across borders.

Truth be told, however, the thought of exchanging one currency for another needn’t trouble you so much. The key to international transacting is knowing your rights, understanding your obligations and most importantly – knowing whose opinion to trust over the short and long term.

What is foreign exchange and how does it work?

In short, foreign exchange is simply the trading of currencies. What does that mean? Well, the short of it is that some currencies are stronger than others and that the values of these currencies fluctuate against each other. 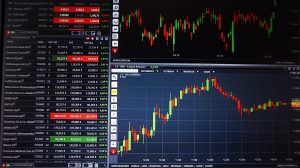 If we could equate this to old school bartering back in the day, one could say that neighbours exchanging sheep for saffron on a regular basis would invariably require different amounts of sheep or saffron for an exchange based on the availability of either “asset”, the quality of said assets and the determined public value of such assets.

In his book, Sapiens: A brief history of humankind, Yuval Noah Harari explains how sapiens had excelled at building societies with political and financial structures through our language – and in particular by adding value, relevance and awe to abstract concepts such as money, religion and power systems.

So started a consumer, trade and business mindset which evolved over time to include “imaginary” or promised tender in exchange for goods. It was simply not feasible, and still isn’t, to carry your cattle on your back when travelling through far-off destinations, nor is it a safe option to carry your precious gems on your person when meeting with clients, partners or prospective buyers. Furthermore, people have always been at the mercy of circumstance or time – so a farmer who had planted crops which had not yet yielded corn could promise future delivery in exchange for a steeper (less) exchange of goods or services from a barterer, likewise someone with more assets could offer the farmer more or better exchanges for the promise of future service delivery or exchange rates.

A medium of exchange – streamlining trading

Of course, as society developed, these individual trade and exchange agreements expanded to offer groups within a society a similar “exchange agreement”. Instead of the cattle, ochre, mud, spices, leather, gems or corn lugged around, these goods could all be managed by a central system – someone who could vouch for the value of these goods and manage the exchange between different groups or individuals. Far safer and more stable – not to mention cutting costs on travel and moreover, these institutions tended to give you a little extra if you were a solid trader and paid your debts. Tradesmen could get more or less value for their tender based on the promise of future value.

As financial systems became a bit more complex, the need developed for a single asset by which the value of trade agreements and goods as well as the economic strength of different social groups could be determined – also called a medium of exchange.

There are numerous assets or chemicals which may have qualified as currencies or mediums of exchange, but eventually gold came out as the winner in the currency market. The reason for its staying power and stability throughout the ages is, contrary to what many economists might believe – due to its elementary qualities. Sanat Kumar from the chemical engineering department of Columbia University highlighted that elements need to meet four requisites to be deemed premium currencies.

The requirements for a premium currency are:

The two winners in the currency race were platinum and gold. Although Platinum is more readily available and may have some amazing values in chemistry, its feasibility as currency was undermined by its chemical composition – platinum has a melting point of 1 600 degrees Celsius, making it an unviable currency for early civilisations.

Consequently, gold was used across the globe as a single currency, the gold standard, and it may have stood the test of time had it not been for societal and economic boom across the globe.

Worth your weight in gold – how economies grew and shrunk

As gold became a popular currency, societies could quite literally equate the value of their economies to the amount of gold held in their vaults. Gold being a rather hefty and laborious currency to lug around, financial institutions and individuals would offer written and authorised notes which would be exchangeable for the similar value of gold in other regions. 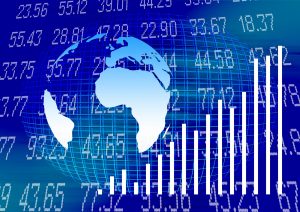 Seeing that this system worked so great, banks formed to safeguard gold for individuals and institutions and, in exchange for holding your gold in these banks you were assured the safekeeping of your currency as well as the institution vouching for your “creditworthiness”.

Of course, the currency also became the greatest commodity and soon the world was focused on one primary trade – prospecting. Countries around the globe followed in US footsteps and printed their own paper and coin currencies which could be redeemed for gold worldwide.

But the gold rush greatly devalued gold as a currency and on its heels followed the World Wars which pushed countries to suspend the gold standard in order to print more paper currency – this of course created a hyperinflation and countries realised they could no longer peg their economic value to the gold in their vaults.

What followed was widespread gold hoarding, raised interest rates, unemployment and bankruptcy across the globe as the great depression hit the world. President Roosevelt subsequently called for the exchange of gold for paper currency, outlawed the private ownership of gold, devalued the gold dollar and increased the price of gold. Countries indebted to the United States after the war had to adhere to the 1944 Bretton Woods Agreement and subsequently the values of all currencies were determined by the value of gold as the US held most of the world’s gold. Countries therefore simply pegged their currencies to the dollar and this is how fixed exchange rates came about. The exchange of gold for dollars remained a standard until 1971.

Following global decentralisation and the forfeiture of the gold standard, foreign exchange has changed a whole lot.

Foreign exchange is no longer pegged to gold, nor are currency exchanges regulated by a single global exchange system. Instead, the foreign exchange market is dynamic and, much like investments, can offer individuals aimed at exchanging their funds for a foreign currency different rates as well as varied levels of security.

Exchange rates are influenced by a varied criterion, in particular due to the lack of strict regulation. Operating twenty-four-seven, the foreign exchange market considers capital markets, international trade, political events and stability as well as economic releases and reports.

The rookie mistake of novice forex traders – the 90% failure trap

More than 90% of novice forex traders fail in making an income from foreign exchange. But what’s even more worrying is when individuals fall into forex trading due to wanting to exchange their own savings for foreign currency.

Gambling your life earnings away in a field where you lack the insider knowledge, resources and information to make sound financial decisions is not the wisest decision and could leave you indebted and bankrupt.

Trust the experts – Rand Rescue will rescue your rands

The information provided in this blog is but a fraction of the true dynamics of forex, its origins and operations today. Although we cannot share all our insights with you in a mere article, we’d like to help you get the most out of your international financial transactions – with secure transfers, optimal exchange rates and a 100% success rate in getting money to its destination.

Just leave your details below and we’ll help you with all your foreign exchange needs.