An Economy In Crisis

20 Sep An Economy In Crisis

Posted at 09:55h in Uncategorized by admin 0 Comments
0 Likes

South Africa has seen its fair share of economic ups- and downs in the past few years and months – so reporting on the state of the economy seems a rather perplexing task akin to reading tea leaves. Nevertheless, for those of us sitting in foreign territory with monies still invested in our home country, the matter is far from trivial.

Rand Rescue takes a recap of South Africa’s economy and the road ahead.

Where are we now?

2015 and 2016 were undoubtedly some of the more tumultuous years in South Africa’s democracy. Sparked by some questionable cabinet reshuffles, widespread accusations of corruption and unrest within the ranks of the respective political parties – watching the exchange rate has been like a rather nauseating trip on a merry-go-round.

Though South Africa has managed to evade immediate catastrophe with the help of some policymakers and belt-tightening, one should remember that analysts had, at the time of each knock to our economy, warned of the long-term impact on the country’s economy.

For although we may have managed to lose less than was expected at times, the cumulative effect of negative growth is the thorn in our side. Our Gross Domestic Product, after having shrunk 0,3% in the last quarter of 2016, had seen a further shrivelling of 0,7% in 2017 thus far. In essence, we’ve reached an official recession once more and bouncing back from this one will be an arduous task. The GDP contraction is not only on a downward trend, but had flummoxed government analysts who’d estimated a growth of 1.3% as well as the IMF who had placed South Africa’s estimated growth at a minimum of 1%.

Surprisingly, the agricultural sector had outperformed following drought and losses in previous years, but this growth has not managed to haul us through the mud and the future of the Rand is one which is pigmentally challenged to say the least – a bleak forecast.

The problem of even the slightest under-performance of a sector (not to mention an entire economy) is the knock-on effect it has on other sectors and industries. Such underperformance generally leads to budget cuts, increased interest rates, changes in inflation and job losses which once more impacts economic growth in a perpetual downward spiral.

Sadly, the impact is felt most prominent on the poorest communities. Having cut the prevalence of poverty in South Africa from 66,6% to 53,2% from 2006 to 2011, statistics SA had estimated a backslide of 2,3% between 2011 and 2015 – placing more than 55,5% of South Africa’s population below the poverty line. And many believe latest numbers would point towards an even greater escalation in poverty. 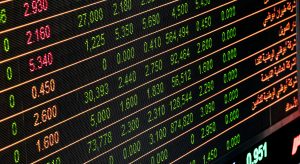 The problem, of course, is not limited to South Africa’s own woes, but to a global shift towards more conservative investment given the international political climate. South Africa might have relied on allies to cushion the blow, but unfortunately most of our top investors are fighting fires of their own on home turf. South Africa can therefore not rely on foreign intervention to save the day, and seems even less able to save our own hides in this crisis. Among other things, US employment rates have reached a 16-year low of 4,3%. Given that the US is South Africa’s second-biggest trading partner, a knock to its economy has a definite effect on its 7,6% share and $5,5 billion’s worth of imports from South Africa.

Though the US economy has seen growth in other areas, it’s crucial to note that the plummeting unemployment rates would undoubtedly see a refocus on local spending as opposed to foreign investment. The US economy is not in dire straits as South Africa’s – indeed, it has seen growth in the past year. But it is noteworthy that its growth is far below projected numbers.

Back on home turf, yet another no-confidence vote in the presidency is no balm for the economic burn. Though the president had retained his throne once more, the division within ANC ranks are crystal clear, to say the least. In fact, some believe the hype around Zuma’s incompetency to be a deliberate ploy from within ANC ranks to steer defectors towards a predetermined opposition. Of course, this may well be propaganda, but it’s hard to tell the outrageous propaganda from the outrageous truths nowadays. It is far safer, perhaps, not to let one’s mind dwell on such things. And yet, even when we discard the political strategies, we are left with a grave picture.

South Africa’s open trade with foreign countries have left us vulnerable to exchange rate and stock market volatility, our aims to incrementally increase minimum wages annually is at odds with our economic growth and budgets. And if we look at the demand for South African exports and services, the picture doesn’t become any rosier.

Where do we cut and how do these cuts affect other industries and individuals on the streets? Although South Africa relies on qualified and proficient economic entities and individuals to assess and forecast scenarios – the past few years have proven that no proficiency can buffer the effects of radical political change, corruption and instability.

Advice to Saffas outside our borders

The sentiments in the past few years tell a story which doesn’t require any “I told you so’s”. At the heart of it, financial decisions should be dependent on your personal circumstances and convictions. The objective point of view, however, is that it is simply a smarter choice to keep your money somewhere more stable.

If you need advice on managing your financial portfolio across borders or expatriating your rands the safest, swiftest and most cost-efficient way, talk to Rand Rescue and we’ll be happy to assist in moving your money abroad.