A Time Of Terror

Posted at 01:16h in Uncategorized by admin 0 Comments
0 Likes

Terror attacks have always been prevalent in society, but if recent news is to be believed, there seems to be an escalation in attacks around the globe. One may argue that the nature of modern media and communication simply casts a bigger spotlight on such actions, but even if this were true, there’s no denying that humans around the globe are facing the threat of violence from groups with distinct political and religious agendas; agendas which require their followers to harm and destroy those individuals, cultures and races opposing their ideologies.

What’s happening in the world?

One truly needs to live under a rock not to have caught wind of terror attacks in recent months and years. Ironically it the same globalisation permitting us to receive communication and alerts in real-time which may be partially to blame for the escalation in terror attacks. For as such global integration and inter-communication benefits society as a whole, so it also aids integration, communication and diffusion of individuals and groups who mean to harm others. 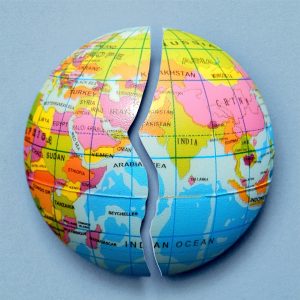 Thus far, there have been more than 925 terror attacks worldwide in 2017 with more than 5456 fatalities linked to these incidents – and with attacks carried out worldwide every day, that number would undoubtedly grow significantly before the clock hits twelve on December 31st.

The stories that reach our televisions and social media feeds may paint the picture that terror attacks are most prevalent in Western society and aimed at European and US nationals, but such a picture would be fundamentally flawed. The bulk of terror attacks to date have been perpetrated by Islamic State, the Taliban and Boko Haram, with Al Shabaab, Al-Qaeda, PKK and other lesser-known groups claiming responsibility for the remainder.

These attacks are also mostly concentrated in the regions within which terror groups operate normally – mostly in the Middle East, Northern Africa and Eastern Europe. In fact, some analysts believe that the widespread media attention and reporting on attacks in the western world simply adds fuel to the fire of terrorist agendas.

The reasoning for this assertion is that although those opposed to the terrorism view the discourse in such reportage as defamatory to the terrorist groups in question – their own supporters and leaders believe the media attention to affirm their causes and spurn them on to do even more harm.

Where to travel and where not to travel?

Of course, we can debate the motives of terror groups all we want – the implication is however that we need to be aware and vigilant when travelling or relocating.  The question on everyone’s minds seems to be what we can do to avoid getting caught in the crossfire. Though there is no way to be 100% sure of one’s safety at any time, we’ll give you an overview of the terror warnings issued by governments around the globe:

Areas which are safest for travel

According to the UK’s Foreign Office, the following regions are ranked lowest for risk of terror attacks:

The Office placed 48 countries in its high-risk profile:

Following North Korea’s missile launch over Japan in August, there is further concern over attacks and conflict of a grander scale. The greatest problem in establishing the level and risk involved with countries such as North Korea is undoubtedly the secrecy behind which the country operates. 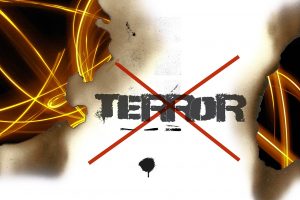 Established in 1945 after the end of the Second World War and independence from Japan, the country has had a rather controversial history. A mere three years after its establishment the country fragmented into decided northern and southern fronts leading to the Korean war from 1950 to 1953.

The communist country had been ruled by three leaders of the Kim succession from Kim II-sung to Kim Jong-Il and most lately Kim Jong-un. In 2002, following years of squabbling, the US had officially included North Korea in the “axis of evil” – officially labelling the nation a terror threat.

As with the publicity involving terror attacks, some factions believe the US labelling of North Korea as an undeniable terror threat to have inadvertently fuelled the country’s fire against its perceived enemies.

Regardless, it should be noted that the latest missile launch is nothing new when it comes to the east-west and north-south standoff. North Korea’s missile tests and threats have been flying through the air for decades now – ever since the start of its missile development program in the late 70s. The first blatant disregard for its moratorium on missile tests was the firing of a short-range missile into the Sea of Japan in 2005, followed by further missile tests in 2006 and 2009, as well as several satellite launches from 2009 to 2012.

The country fired additional missiles in 2013, 2014, 2015, several in 2016 and several more in 2017. The country’s trigger-happy approach to ballistics testing and threats has not won them any favours with foreign countries, and has even seen their ally, China, give them a mild rebuke. It should be noted, however, that their neighbour is prone to its own missile testing, though these tests are usually not linked to verbal authoritarian threats as is the case with North Korea.

If you take an objective view of worldwide conflict, you will also hear discourse to the effect that the US is by far the most threatening nation. International views on the matter are rather conflicting.

What IS of importance is the fact that nations, military groups and organisations worldwide seem to be sizing each other up. Whether this be just another playground brawl to establish each individual’s place or a real threat to democracy and free movement remains to be seen. All we can say is watch the news, stay alert and stay alive.