Posted at 00:18h in Uncategorized by admin 0 Comments
0 Likes

Earlier this year, South Africans were pleasantly surprised when minister of finance Tito Mboweni revealed a budget the likes of which we’d never seen before.

Not only was there an 5,2% average downward adjustment of personal income tax, but the government planned to achieve a R261-billion debt reduction, overhaul SOEs, open markets for African continental free trade from 1 July 2020, pump massive amounts into infrastructure, education and social development and remove exchange control regulations.

Of course that rosy future is no longer to be. Rand Rescue gives you an update.

So close, and yet so far

That horizon which brimmed with possibility seemed so attainable and within reach that it seems we’re left with an indelible mark of disappointment. South Africans had not been given such a measure of hope before, and so the saying that the higher you fly, the further you fall is both applicable and mocking.

For it seems that the very things Mboweni had planned to eliminate, implement and boost would be given a 180 under the onslaught of a global pandemic.

Instead of an elimination of debt, our deficit has soared from the 65,6% of GDP projected in February to 81,8% at the end of the fiscal year. Ratings agency Fitch stated that our debt would continue climbing and peak in 2024 at an estimated 87,4% of GDP.

To add insult to injury, the pandemic and lockdown restrictions have eaten into the budgets of those portfolios which were most in need of intervention – social development, health and learning.

Of the R500-billion stimulus package announced by government, R130-billion was already to be diverted from South Africa’s existing budget. But a stimulus ‘injection’ is rather futile if one has no way of cushioning the debt blow in some way. With South Africa’s economy at a near stand-still, there is little in the form of economic growth and output to balance the blowback of such enormous debt.

If one unpacks the stimulus package it is also evident that the sources of funding place South Africans at additional risk. Prescribed assets – whereby the government issues regulations to demand a percentage of investment portfolio in government bonds – give investors even less leg room for navigating a complex global investment climate.  The government also intended for a big chunk of the package to come from money lended by SARB, who would purchase primary issuance in the open market and make SARB a regular bond holder. It should be noted that although quantitative easing is nothing new, it is also a risky undertaking (increasing debt at low interest) littered with legislative red tape.

And, of course, though the SARB has always served the country, a loan agreement of such magnitude is a little too close for comfort given the independent nature of the Reserve Bank – and the fact that most South Africans would like it to retain its autonomy.

Other sources of ‘local’ funding include R177 billion in foreign exchange reserves (of R239 billion) held by government at the end of 2019, and R108 billion of the R166.3 UIF surplus.

This ‘UIF surplus’ has many scratching their heads. Firstly, much of the funds in the R500 bn kitty are intended for unemployment insurance and social grants. The workaround seems rather counterintuitive and labour-intensive.

Furthermore, the temporary verification process (which is bound to become a more permanent institution) for grant applications and payments has come under fire by South Africans whose grants had been rejected or who have been waiting for months to receive their grant or UIF payments.

Then the news hits that UIF for Covid-19 will cease at the end of June and that new tax will possibly be levied to make up tax losses – including a possible inheritance tax and solidarity tax. Tito Mboweni, in his adjustment budget in June, said that SARS aims to make an additional R40-billion in tax in the next four years, but did not specify where this tax money would come from.

The solidarity tax on high-income earners had already been indicated in the stimulus documentation, as was the mention of refusing deductions on retirement fund contributions for those earning in excess of R1 million per annum and increasing their tax rates by 5%.

Problematically, the burden of restarting the economy already lies on the shoulders of higher-income earners who must continue their businesses or start new business while under severe financial duress. Indeed, the poor are certainly suffering the most in current times, but when one considers the future of business in SA, it is crucial that those who head up businesses have the capacity to do so and are given the incentive to pool even more effort and resources into boosting SA’s economy.

Heading for a sovereign debt crisis?

The problem, of course, is that it seems the means defeat the end, and the end does not particularly justify the means.

Business for South Africa (B4SA) stated that they forecast an estimated 4 million job losses this year, with near 400 000 of those in SA. Minister of Employment and Labour, Thulas Nxesi, painted a few scenarios around the financial sustainability of the UIF (and yet stipulated that they have not commissioned actuarial research into financial sustainability in the event of mass-scale job losses). In only one of the four possible scenarios does the UIF walk out of this crisis without having to borrow funds elsewhere, and in the most ‘rosy’ scenarios the fund is said to only be set for recovery in 10 years.

Khaya Gobodo of Old Mutual Investment Group stated that there was only a 20% – 30% chance that the debt situation in SA would recover as swiftly as our minister of finance had proposed, and his views were echoed by Annabel Bishop of Investec who stated that SA’s debt could easily reach 100% of GDP by 2023/24. The IMF estimated a possible debt-to-GDP of 95% by 2024. The outcome, according to these specialists, relies heavily on how SOEs are managed, and with the Department of Public Enterprises having withdrawn from the Leadership Consultative Forum aimed at restructuring SAA, the picture is grim.

A sovereign debt crisis, of course, does not develop overnight and yet it often requires immediate action to forestall such crisis, something which the government seems increasingly incapable of doing. One cannot fault Mboweni who has, thus far, sought to employ every weapon in his arsenal to keep SA afloat, but one has to be realistic. 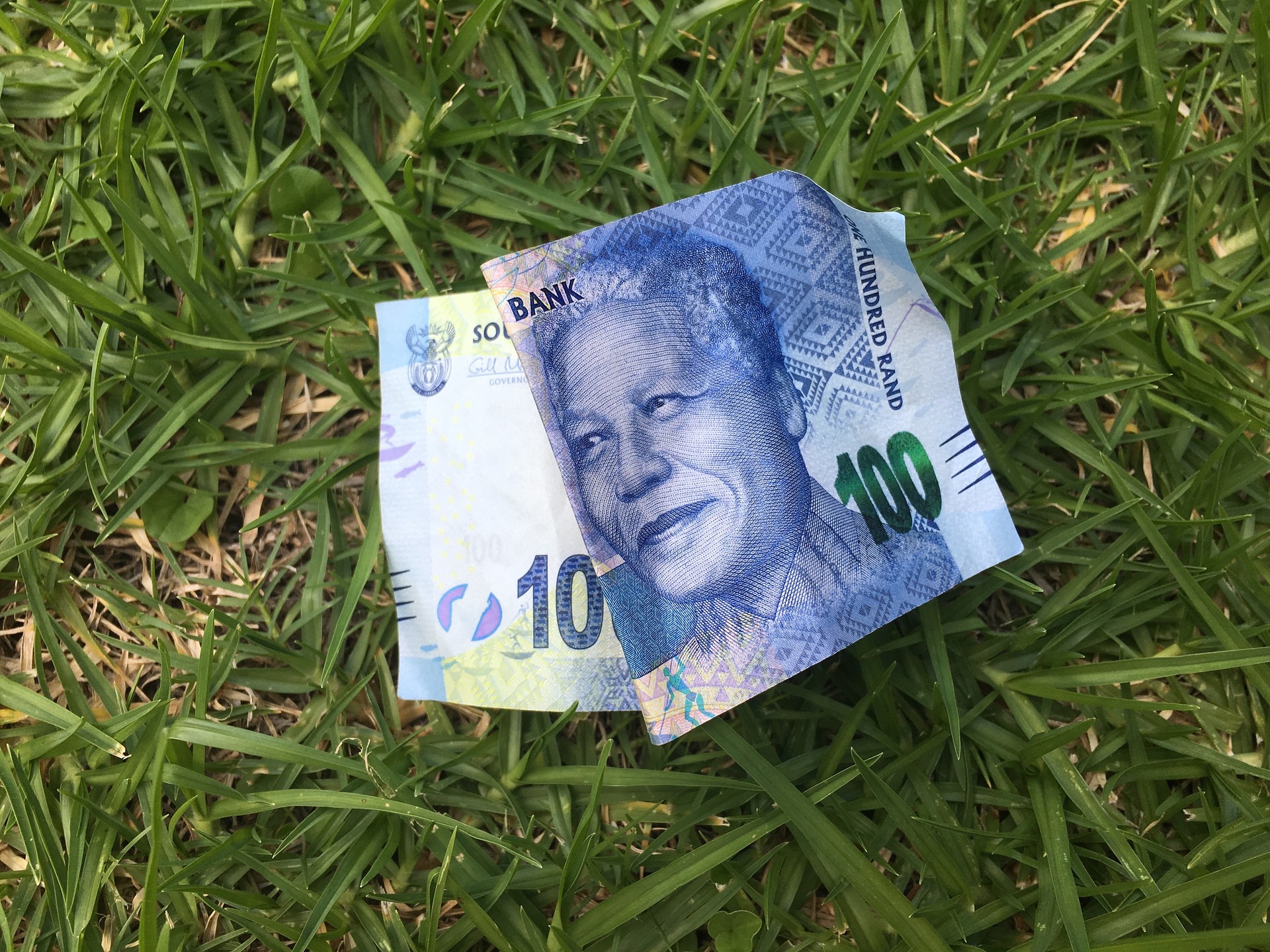 Statistics SA noted earlier this year that SA had already lost a decade in terms of economic development between 2009 and 2019. In a perfect year, our finance ministry may have kickstarted the progressive economic plan it had intended, but Mboweni and Ramaphosa had already entered the arena on the back foot – with a pile of economic woes left to them by a legacy of unruly rulers.

Hooke’s law and where to from here?

If one can use Hooke’s law of elasticity as a metaphor, we might say that Ramaphosa and Mboweni had taken over the reins when SA was nearing the crest of our elastic limit. This limit is used to describe the capacity for any material to retain its form, or return to a former shape and size. It is not only an indication of tensile strength, but also capacity. Once the elastic limit is breached, the material is irreparably changed and permanently deformed. The material loses its elastic properties and resorts to plastic behaviour.

It is our hope that 2020 is not the determining force which would push the country past its yield point, but if analysts, ratings agencies and investment specialists are to be believed – this may be exactly what we’re looking at.

Rand Rescue believes that South Africa and saffas are resilient and that we can face many adversities. We also believe that one needs to make hard choices when it comes to your money and your future.

For some, this choice is to alter their course entirely and establish a new future with novel prospects in a different location. If you are one of those South Africans considering moving abroad, be sure to leave your details below and let’s discuss all your options. Rand Rescue has helped many saffas with their financial relocation and can offer you sound advice and authorised financial services across borders to make the transition easier.