Posted at 22:30h in Uncategorized by Dean 0 Comments
0 Likes

South Africa has now been in level 2 of lockdown for a while, and save for a few exceptions, it seems business is slowly but surely opening up around the globe.

But although things are starting up from a near dead halt, there are several things hampering growth and prosperity for South Africans who want to get back on top of things.

Though most financial services providers have assured the government that they would be paying Covid-19 lockdown claims for businesses who have had to close their doors or suffered losses, the reality is far starker than mere promises. 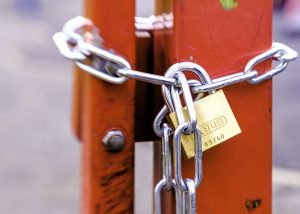 Several prominent restaurants, venues and businesses have had to close their doors due to Covid-19 and with insurance claims either dragging for months or not paying out at all, these organisations cannot foot the bill indefinitely. Even if insurance were to pay out eventually, what costs can be recovered will have to go into employee retrenchments, rental backlogs and debts as the waiting game is making it impossible for businesses to keep their doors open.

One party under fire is Santam who has been accused of lockdown insurance wrangling is Sanlam. The company has denied all accusations of the kind, stating that they’d set aside R1.3 billion until the end of June 2020 for business interruption claims and that most claims had already been paid. Up to R950 million, in fact.

The problem with such vast amounts – whether owed, loaned or disbursed – is that slight under- or non-payments seem negligible in the scope of the bigger picture. What if claimants aren’t seeking millions in compensation or cover? How many thousands or hundreds of thousands of South Africans form part of the negligible off-hand calculations in public or corporate minds? This is the question yet to be answered as there are no statistics to date which can give us a true grasp of the bigger picture.

In a rather strange turn of events for a country where creditors have strict rules to prevent over-indebtedness, the South African government has put no formal rules in place for debt treatment or debt collection during and post-lockdown. South Africans who have already struggled to pay their debt before lockdown are being incessantly harassed by debt collectors.

To make matters worse, many of these debt collectors are legal firms who are well aware of the state of the South African economy, and these collectors are amping up their efforts as they claim ‘recovery’ or ‘legal’ costs for each and every phone call made to ‘clients’ as well as each correspondence sent out. Consumers have also been complaining that the calls are dropped, or their preferred method of communication is not being honoured. With no governmental organisation keeping these firms, their call centres and barrage of incessant calls in check, it seems these people can carry on any which way they want.

With no recourse from collectors and loan sharks seeking to collect, South Africans don’t have many options. And while secured debt is tightly regulated, unsecured debt or debt which is in default can incur far higher interest rates than the norm, spiralling South Africans further into distress.

It has been the year of gazettes, hasn’t it? And yet for all these new or interim regulations and legislation passed through parliament, it’s hard to keep track of what’s really going on.

Take amendments to the tax residency legislation, for instance. Though changes had been mentioned several times before, finding official documentation to expound the proposed updates has been near impossible. The same can be said for the R500-billion stimulus package: the largest of its kind ever initiated by South Africa and yet the public is left with scraps of information here and there. 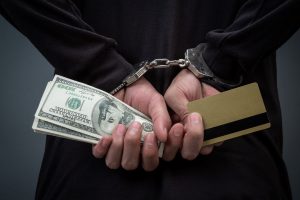 Consider, as well, that many of the interim Covid-19 regulations or relaxed legislation documents seem not to have incorporated any kind of stop mechanism to determine when relaxation will cease or return to business-as-usual. Consider how long certain bills are debated in parliament before being ratified, and it’s therefore clear that lockdown may have been (and still is) the perfect time to sneak in legislation or legislative changes which cannot possibly be scrutinised carefully by those who would usually oppose it.

The most worrying part of all this is that time is fast running out to query or counter certain bills or amendments, yet knowing what exactly is in the pipeline seems a difficult task.

Gov not open for business?

While business has opened up somewhat, many South Africans are disgruntled that this does not seem to extend to the government.

Matriculants (who have already had to cope with months’ school work lost but a full exam ahead) have not been able to apply for new learner’s or driver’s license appointments. In a country like South Africa where many kids enter informal employment after school, it seems almost unfathomable that these matriculants won’t be able to drive themselves anywhere in 2021, let alone apply for positions as drivers or couriers.

The greatest irony, however, is perhaps the government’s e-services portal for home affairs – a platform which has been down since the start of lockdown. The very platform which could have functioned without excessive human intervention was simply disconnected from the beginning of lockdown. While home affairs has opened up some, they’ve functioned with limited hours, staff and days available, making it near impossible for South Africans to access formal documentation.

And this above-mentioned documentation is, of course, a prerequisite for anyone seeking a loan, accessing a benefit or submitting a claim. Without identification no one is privy to such claims, but without home affairs no one can get identification. In fact, although we are in level 2, many services still aren’t available and yet many service providers and individuals cannot function without the requisite documentation. In fact, it is government themselves who is making it impossible for citizens to bypass red tape as they require authentic documents before authorising other services. It’s an incredibly taxing runaround and those who have the least time and resources available are the ones who struggle most.

In a report which is not entirely surprising, the Auditor General, Kimi Makwetu, has pointed out a number of discrepancies in government spending of the multi-billion Covid-19 relief fund.

President Ramaphosa had requested that Makwetu’s office scrutinise 16 key initiatives and management of R147.4 billion of the R500-billion package.

The report found that the government seemed completely out of their depth in their response to lockdown. Not only did they not have processes or infrastructure in place to ensure the spending and transfer of funds would occur as promised, but the government had already struggled with pre-existing deficiencies in their supply chain processes – the biggest ‘deficiency’ noted was corruption.

The report indicated that there were clear signs of overpricing, unfair processes, possible fraud and sidestepping of legislation. In addition to this, the TERS benefit payments had been miscalculated, leading to significant overpayments to some, while some people have not yet received any benefits or were denied claims.

Payments were also found to have been made to individuals below the legal age of employment, deceased, working for the government, receiving social grants or NSFAS loans. The TERS audit also revealed several duplicate payments, approvals made before dates of application

But things don’t end here of course. In an ‘unprecedented’ move for the president of South Africa, Cyril Ramaphosa had taken a public stand against corruption in his party earlier in September. Though it was a welcome move, many wonder if this public stance will not create more headaches for the president who is rumoured to have received calls to step down from pundits within his own party. Given that our magic duo, Ramaphosa and Mboweni, had also bumped heads publicly in recent months there’s no telling where this mess will land the president. 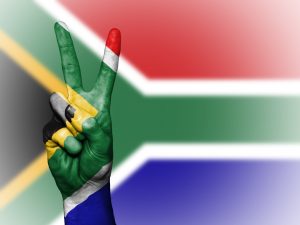 Or…this does seem like a rather honourable way to burn a bridge and step away from ruling a country. One could walk away with your head held high, with an appeased public who will continue singing your praises and maintain one’s position within business circles. Perhaps it’s just conjecture, but many people are pondering the strategy of certain public spats and stances of late. In Mboweni’s case, he has already indicated that his party has failed him and that he has no intention of prolonging his reign as finance minister any longer than needs be.

In with the somewhat new?

When former DA commander in charge Mmusi Maimane resigned, many South Africans had expected a new party under his lead. But whether for good or bad, this did not happen. Maimane wasn’t the only prominent person to cut his term at the DA short, however, as Johannesburg mayor Herman Mashaba resigned from both positions at the city and party.

In May 2020 Mashaba had made his intentions to launch a new party clear, but unfortunately this news had been drowned out by the noise of Covid-19.

Truth be told, South Africans are a bit lethargic with the secession and restart which had occurred over the years. Some hopefuls who had resigned from their parties to start new castles in the sky have been Bantu Holomisa (UDM), Dr Mamphela Ramphele (Agang), Mosiuoa Lekota (COPE), Patrica de Lille (Good party),  Marthinus van Schalkwyk (NNP) and many others. Other than Julius Malema, however, few ‘rebels’ had made a sizable dent in the political party sphere post-secession.

Are South Africans to be hopeful then? Maybe, maybe not. Mashaba had been described as a ‘centre-right populist akin to Brazil’s Bolsonaro’ in the past and his views on foreigners (or accusations of xenophobia) had labeled him a second Trump in many camps.

Yet…Mashaba and his team have all been very vocal about corruption, racism, equality and transparency in the past – many to their own detriment within their own parties.

On Mashaba’s team are:

Sounds promising, doesn’t it? Indeed. But it is a near-broken record. We are holding out hope that this is the real deal for once – and that South Africa could be led by leaders with an eye on a united future.

It’s hard to take a step back and view the situation objectively while you’re confined in life and business, especially with so much information to process.

We urge our readers, however, to keep track of Rand Rescue articles and updates where we’ll cover all these factors and considerations affecting your personal circumstances, finances and future.

If you’re considering emigration or already abroad, leave your details below and we’ll contact you for a free consultation to discuss options for moving your financial assets.