26 Sep Rebellion In The Ranks: Foreshocks To A Political Quake

Posted at 23:12h in Uncategorized by Dean 0 Comments
0 Likes

In March 2020 South Africans were just settling into the idea that our political leadership—the Ramaphosa-Mboweni power-duo—may possibly save the country’s economy and rid us of the incessantly divisive racial and economic narratives which had plagued us for so long.

What has transpired, instead, is a pervasive rumbling in various political camps as the fault lines within different parties make themselves known.

It is unusual given that a malefactor as notorious as former president Jacob Zuma could not even unhinge the ruling party’s clout, and yet it’s not entirely surprising. When Mmusi Maimane and Herman Mashaba stepped down from their positions at the end of 2019, the writing was already on the proverbial wall.

But what exactly is at play: which forces are causing these rifts in different political parties and what does this spell for the future of SA? 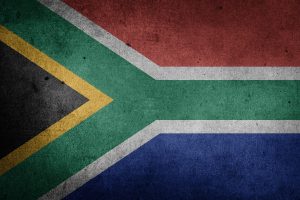 The Pendulum and nearing an apex

The pendulum effect which stipulates that trends in culture and politics tend to swing back and forth between opposite extremes.

In politics these extremes tend to be classified by extreme conservatism versus extreme liberalism. South Africa, as a country ravaged with much socio-economic and racial tensions in the past century, is perhaps not the best place to look if you’re seeking demonstration of this effect. The shift in sentiment is obscured by other, more pressing, matters.

But we can see this shift quite clearly if we look across country borders.

In the US the pendulum swung from Clinton to Bush to Obama to Trump. The initial transposition had perhaps not been as jarring as the last shift, but there’s no denying that this shift had occurred. In the UK matters are a bit more complex as political parties are not always as clearly defined in conservative and liberal terms as other nations. The torch of the UK prime ministry was passed from Blair to Brown to Cameron to May to Johnson. Though the first two PMs were of the Labour Party and the latter of the Conservative Party, it should be noted that these leaders held (and still hold) widely divergent ideas which do not fall under our classic definitions of conservatism or liberalism. Cameron, for instance, was noteworthy for shifting conservative party sentiments towards the centre, a task which has been largely undone under Teresa May and more prominently by Boris Johnson of late.

Australia and Brazil are two other nations who have seen a marked shift, but once more foreigners are confused by terminology. In Australia the ruling Liberal Party is, in fact, the more conservative of the two leading parties with its ideology described as ‘liberal conservatism’. One should not be fooled by the title of Brazil’s leading party either. Although dubbed the Social Liberal Party, the party is decisively anti-liberal and anti-socialist.

The same nationalist ideologies have been gaining traction in other world regions in the past decade, including countries like Norway, Spain, Italy, Japan, Turkey, India, Austria, Belgium, Poland and the Netherlands.

In South Africa we might be fooled into thinking that our political pendulum hasn’t swung to such extremes, but perhaps our pendulum ticks to a different metronome.

The invisible tempo of change

South Africa, much like Germany, has maintained a strict focus on democracy due to our stark history of human rights abuses. This has, in part, seen leadership remain more centre-aligned than many other nations.

But, as we’ve seen in other nations, one cannot use party monikers as any type of indicator for ideology. Perhaps our greatest comparisons can be seen in the economic policies and achievements under leaders like Thabo Mbeki and Jacob Zuma. Barring international recessions, the former had managed to create steady growth with lowest quarterly GDP growth at 1,1% and highest at 7,6%. Zuma, on the other hand, had achieved contractions of up to 2,1% per quarter with the highest growth at 5,1% and a steady economic contraction throughout his tenure. Whereas Mbeki’s ideologies were decidedly more centre-aligned and conservative, Zuma’s could be described as self-centred-aligned. He maintained a far left liberal stance much in the same way as certain failed communist pundits had achieved in the past.

The problem in South Africa, perhaps, is that our left and right aren’t demonstrative of liberal or conservative notions, but rather of racial sentiments. Those on the far left aren’t liberal for all, but liberal for some…and this is mirrored by the far right who isn’t conservative for all, but exclusive for some. The further one moves from the centre, the more nationalistic notions you’ll find—though this nationalism is rooted purely on exclusivity and dissension. Whether a party on either end of the spectrum wishes for exclusive economic, trade or property rights based on nationality, race or gender…both extremes canvas for such goals.

This is where South Africa’s pendulum differs from the rest of the world. Our stable value is a centralised approach to democracy which seeks to balance the extremes, and both these extremes occupy the same spot at the opposite end of our pendulum’s swing. While we may not be seeing such extreme nationalism as demonstrative in the rest of the world, the ideals of the centre has been tipped, and we’re once more swinging to a position of extreme polarisation.

In the DA, there has been a move towards a more conservative stance by some leaders—which has been viewed as the greatest prompt for former Jo’burg mayor Herman Mashaba’s new party. In the ANC there are calls for Ramaphosa to step down by those in the party who don’t deem him suitable to uphold the more socialist-aligned views of others in his camp. Perhaps the most telling indicator of this swing is criticism dished out to finance minister Tito Mboweni whose centralist economic views are seen as favouritism for non-African interests. Our president has realised, perhaps, that company politics are not the same as party politics, and the masses—like the masses abroad—are calling for distinct ideological alignment.

A game of What-if’s

No matter one’s criticism of President Ramaphosa, the hand he’s been dealt is not one which is easy to play. Lockdown has illuminated the cracks in his leadership, and underscored the limitations of his power. The widespread calls by both camps for the dismissal of Minister of Health, Nkosazana Dlamini-Zuma, and the failure to address—let alone act on—these calls has reminded us that the president’s incumbency is not omnipotent. Would we have noticed this fragility without the brouhaha of Covid-19? Probably not. But it’s impossible to know whether the ideals set out in the 2020 SONA and Budget addresses earlier this year may have been fulfilled…had the year not unraveled the way it had.

Perhaps a more stable world economy will have provided the foundation on which the economy could have been rebuilt, or perhaps South Africans will have found the wool of 2020 pulled over their eyes years ahead. Perhaps if the world’s pendulum had swung to our own beat we’ll have found extreme polarisation to favour a more democratic approach at its one end worldwide.

But our what-if’s have evaporated and all that remains is the what now?

Unraveling the What now?

We can hypothesise about SA’s future all we want, but it’s time, perhaps, to note definitive measures for our future.

No more business as usual

Despite national and international relaxation of lockdown restrictions, it will not be business as usual for the foreseeable future.

Two steps back for education

While the rest of the world may be able to cushion the blow to their educational systems, South Africa is in no position to play catchup. 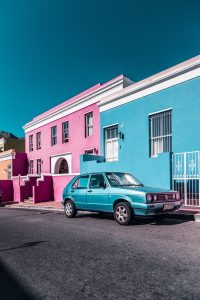 To add to the dismay of both former secondary students and anyone else who needs to wade through administrative red tape:

And another step back for jobs and business…

In addition to educational drawbacks, those seeking new work will be left scrambling for options given that:

The tests to determine tax residency will henceforth (should the legislation be ratified) be redundant for a period of three years prior to emigration. Though the rules are still unclear, these new regulations will override any and all previous tax treaties and tax residency stops and may also affect Double Taxation as the SARB and SARS will henceforth lock down retirement savings in SA for 36 months.

Given changes mentioned above, there are implications (or in the least, considerations) who had envisioned a life abroad, including that they:

Time is running out

With lockdown still underway and tax changes on the horizon, it’s imperative that you act fast and choose soon. South Africa remains that metronome which pulses through our veins to a constant beat, but life, politics and economic reform will continue unabated and we would be callous to ‘wait out the storm’ without considering our options.

Let Rand Rescue assist you in moving your financial assets abroad before it’s too late. As with all decisions, it’s better to be safe than sorry.

Leave your details below and we’ll get the ball rolling.