Posted at 01:07h in Uncategorized by Dean 0 Comments
0 Likes 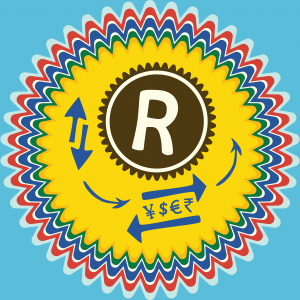 South Africa has been teetering at that cliff of economic ruin for quite some time now. Though the country has managed to forestall a complete tumble, it’s not always easy to keep track of all the happenings and all those things which are impacting our livelihoods.

Rand Rescue takes a look at 5 important things underway in SA and how it affects our economic well-being and recovery. We’ve left out the US election results for now, and will cover that in more detail in our next blog.

Perhaps one of the most frustrating things for South Africans is that we’ve borne witness to a repeat of the government’s backsliding on resolving SOE troubles.

This is nothing new—we’ve seen this perpetual seesawing in years before—but two sizeable red flags have been planted in this debacle in the past few months.

Promises made to the people

The difference between 2020 and years past is that South Africans were quite clearly told that the government would no longer bail out embattled State Owned Enterprises, and that restructures would be implemented during the course of the year.

Not only has the government backtracked on these promises, but the inference that these SOEs had any kind of deadline was, as usual, just another vague idea with no real intent. SAA has been given extension after extension to clean its house, and the same applies to Denel and Eskom.

In the case of the latter, the presidency had announced the restructuring of Eskom into three entities in 2019. This was followed by a change in leadership, and promises that load shedding would also taper off.

Earlier in November, Reuters reported that Government officials had informed them that the R571 million bailout given to Denel to settle its guaranteed debt can now be used for any purpose other than debt. One has to wonder why the funds would still be in Denel’s pocket given that it was expressly offered to help the embattled parastatal in staying afloat.

When it comes to SAA’s business rescue plans, the news seems to read as if from the Twitter desk of a rabid politician—one day we’re told they won’t get more bailouts, the next day these are actioned; Monday we may hear that the business is up for liquidation, and by Friday there is a new business rescue plan in place; one week the airline will be sold, the next it is flying high again while denying any such news.  The latest news is that the restructure proposal includes the acquisition of SAA and all its subsidiaries under a new holding company unironically called ‘New HoldCo’. The new company would, once more, be a state owned entity under the Department of Public Enterprises.

For those who have ever worked on rebranding campaigns this Business Rescue Plan (BRP) seems but a very lazy reskinning of an old product, with a bright ‘New and Improved’ sticker slapped on top of it. A sticker which costs R10,8 billion in initial government investment.

Additionally, this restructure has already led to thousands of retrenchments and will see to many more. Not that we could necessarily fault retrenchment under a restructure—this is a common strategy for keeping failing businesses afloat—but one has to consider the government’s hand in all the job losses. Given the mass losses and business closures in other industries, it’s also unlikely that these people will find employment elsewhere.

And what of the SABC, you ask? The perpetually corrupt ‘curator of South African information’ recently announced that it is now seeking TV licences for smartphones, tablets and computers. It would also require licensing for video-on-demand products such as Netflix, Amazon prime and Showmax. The rather enormous gap in logic, of course, is that TV licenses have, since their introduction, been aimed at funding public, state-facilitated broadcasting by users who utilise state broadcasting. Given that users are no longer accessing state-facilitated news, media or programming, seeking payment for consumption of media which isn’t used or accessed is utterly nonsensical. Add a history of outrageous corruption to this, and it’s clear why this is a futile undertaking.

Oh, and don’t forget that a mere month before the SABC’s announcement, Minister of Communications Stella Ndabeni-Abrahams stated that her department was considering waiving TV licence fees for certain South Africans.

Another sizeable issue in this Game of SOEs is that most of the organisations and institutions who have handed out funding to South Africa under Covid-19 had previously refused to assist SA due to SOE mismanagement.

Though most had waived this stipulation for emergency funding, it’s unlikely that these organisations will consider South Africa a suitable investment hub in future, given how offered in good faith have been managed thus far. And the misuse of Covid-relief funding is not an unknown variable—it has been established and the findings released. Which brings us to our next point.

An ‘screening’ of SA’s Covid-19 Relief Fund has revealed some troubling findings. And this screening has led to the establishment of a 9-state institution which includes the Financial Intelligence Centre, IPID, NPA, Hawks, SAPS detectives, SIU, State Security Agency, SARS and the FIC’s operational hub. So although these findings have not been verified, there is, at least, a clear indication that the government seeks objective intervention.

What have initial findings revealed?

Though South Africans welcome such stern and prompt action, the country as a whole is fatigued to no end at the endless corruption and subsequent commissions of enquiry whose investigations drag out for years and rarely lead to any satisfactory outcomes. The Zondo Commission comes to mind…

The investigation, of course, followed on her 2012 investigation into kickbacks received by Julius Malema for government contracts, as well as her 2014 report on former president Jacob Zuma’s Nkandla homestead.

Ironically, Malema at the helm of the EFF would subsequently come to support Madonsela’s recommendations, if only due to the widespread pushback from the ANC.

It was only on 21 August 2018 that her recommendations would be taken on by the ruling party, when President Cyril Ramaphosa initiated the Zondo Commission of Inquiry under the leadership of Deputy Chief Justice Raymond Zondo.

With Zuma now long gone, many South Africans have lost interest in the protracted enquiry.

But the matter has once more made it on to all South African screens and lips this week when former SAA and Mhlathuze Water board chair Dudu Myeni named a protected witness, Mr. X, after being warned numerous times not to do so.

Raymond Zondo stated that it is a devastating move on Myeni’s part which will discourage further witnesses from coming forward. Which, to South Africans, seems a definite sign that the inquiry is bound to lose momentum yet again.

To add to our malaise, Myeni also refused to answer certain questions, stating that she did not want to incriminate herself in state capture.

The inquiry not only costs millions of rands, but the longer it drags out, the less likely it becomes that South Africans can expect definitive judgements and justice.

As all the thousands of parties involved move further from their original roles and the trail of evidence becomes increasingly diluted, it’s not inconceivable to imagine that the heavy hitters who’d led the capture of the state would remain forever beyond the reach of the law.

The tax relief announced in the March budget speech came as a welcome surprise to South Africans, but given the retirement fund changes announced earlier this year it’s quite clear that the government had an unexpected ace in their pockets aimed at ‘working back’ some of the relief offered.

We’re talking about the government’s freeze of retirement funds for a minimum of 3 years post-emigration, of course. We say minimum, as they stipulate that individuals must prove that they have been tax residents of the foreign country for a 3 year period. We’ve covered this in some detail before and will follow up on this matter in coming weeks, so let’s take a look at additional changes on the cards.

In his Midterm Budget Speech, minister Mboweni stated that the treasury plans to increase taxes in 2021 to raise an additional R5 in revenue.

Proposals made for raising additional revenue include:

Given the impact of Covid-19 and a tax-shortfall of near R300-billion for 2020, it was inevitable that taxes would need to be boosted in coming years.

But many analysts have warned that the government is pushing their higher income markets too far, and that the result would be an accelerated exodus of the very funds they want to retain. Even if they manage to keep retirement monies of these people in the country for 3 years, it would hardly make up for the long-term loss they would incur.

And who could blame anyone from seeking greener pastures? With a record number of job losses and company liquidations it would not be surprising if many individuals choose to build new homes and lives abroad.

The EU released a study looking at BEE and its impact on international investment in South Africa.

Respondents interviewed for the study included a diverse sample of EU investors, from medium-sized enterprises to large multinationals, over various industries.

Though all respondents noted the importance of B-BBEE, the majority noted that poor implementation, vague policies and a focus on the wrong priorities are hampering investment. Most are weary to commit given frequent changes to B-BBEE policies, high costs of compliance and slow progress in initiatives which should take the front seat.

The latter refers to Equity Equivalent Programmes (EEPs), the Youth Employment Service (YES) and skills development. The first two initiatives had seen virtually no progress since their implementation. As for skills development, most respondents noted that they will go over-and-above the requirements to see that individuals don’t merely have access to basic skills, but specialised education which cannot always be provided in SA. And most have already done so. But contrary to these investors’ belief that this should be the crux of B-BBEE, the South African Government seems primarily focused on settling black executives in senior roles and handing ownership over to black stakeholders.

Though they are not fundamentally opposed to such undertakings, investors fear that such measures have little positive impact on the majority of unskilled or unemployed South Africans who should benefit from this empowerment mechanism. The aim should be to train and educate people to a level where all people have equal opportunity to progress towards executive roles organically.

The study was released before a recent Supreme Court ruling which invalidated the BEE pre-qualification screening introduced by former finance minister Pravin Gordhan in 2017, under his Preferential Procurement Policy Framework. The court also ruled that Mr Gordhan had acted illegally and exceeded his powers.

DA shadow finance-minister Geordin Hill-Lewis stated that this ruling has broader implications as it points towards the inherent flaws of B-BBEE.

This judgment would certainly not allay investor fears.

Need to move your rands

If you are part of this group considering relocation, be sure to talk to Rand Rescue about your options.