Posted at 02:15h in Uncategorized by Dean 0 Comments
0 Likes 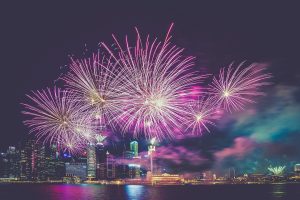 It’s hard to understand just how diverse the world is if you haven’t been outside SA borders. For those who are already living abroad, it’s an initial shock, but we tend to get used to it.

Nevertheless, it can be odd to know how and why other cultures and people do certain things in a certain way.

Rand Rescue takes a look at some unique New Year’s traditions from around the globe.

Though we tried to keep it accurate, it must be noted that various sites which claim authentic content also cite traditions from South Africa which are no longer in practice, or done by an incredibly small group of people.

One such saffa activity cited by international sites states that South Africans wear helmets on New Year’s Eve as everyone throws their old furniture and appliances out of windows to make space for new things. It is dubbed a ‘clearing out’ custom which is wholesome and positive…which is pretty far from the truth.

The ‘tradition’, of course, stems from chaos and anarchy which tend to erupt in the crime-riddled suburb of Hillbrow in South Africa on New Year’s Eve. Though people dó throw furniture and appliances from their windows, this is not quite something aimed at cleansing one’s home to make way for positivity. Police and special forces certainly wear helmets when entering the area to keep the crowds and crime under control.

It’s highly possible that one or more of our entries below is therefore not entirely accurate, but this is a perfect opportunity to share our cultural diversity and experiences in a wholesome and informative way. If you want to comment on this article, follow the link to our Facebook post to leave your opinion. (It goes without saying, but as a reminder: let’s keep it upbeat and friendly).

It’s tradition in Spain to eat 12 grapes for good luck.

These respective grapes are consumed at each of the 12 strikes of the clock hailing in the new year. Finishing your grapes in time will ensure luck for the coming year. The taste of the grapes, whether sweet, sour or bitter, is also an indication of how your year will play out.

The las doce uvas de la suerte tradition hails from 1909 after a particular region in Spain had a particularly great grape harvest. Unfortunately the traditional 12 grapes has led to many unconventional grape bingeing competitions, which may lead participants to feel just as nauseated as their counterparts who partake in fermented grape drinking.

In Panama it’s customary to stuff effigies of politicians and celebrities with firecrackers and set them ablaze when the clock strikes to hail in the new year.

These effigy dolls are also beaten and pummelled to drive out evil spirits. Whether smashing  these representations of famous figures is meant to keep them in check for the coming year, or simply to relieve some stress, the tradition is still maintained in certain regions of the country.

The same tradition is maintained in Ecuador, although the effigies are usually in the form of scarecrows which are set alight.

New Year’s is called Hogmanay in Scotland and the celebration is so important that it eclipses most other celebrations, including Christmas.

Though the tradition stems from Norse invasion Viking observation of winter solstice, it’s become a bit of a mishmash of cultures which includes Gaelic Samhain celebrations and mainstream New Year’s parties.

Where most of the world parties for a day, Hogmanay lasts several days and includes various different events and traditions depending on the region. If you’re the daring kind,  you can visit Stonehaven in Aberdeenshire where locals creates balls of wire, paper and other materials which are set alight and swung around as they walk through the streets.

Most people prefer to sleep off the previous night and week’s overindulgence on new year’s day, but apparently the people of Tybee Island, Georgia, have not gotten that memo.  We’re talking about Georgia in the US, of course, and not the Eurasian nation.

On new year’s day, it’s customary for citizens to brave the icy seas of the barrier island near Savannah and take a plunge in the icy Atlantic ocean. Though the practice is fairly new (a mere 20 years in the making), many Georgians come from far and wide to take on the ‘polar plunge’.

Revel in the Reggae

Although Kenya may be far displaced from the reggae home-ground in Jamaica, this does not mean that the African nation cannot rock a reggae party like the people they nation they are honouring.

If you happen to find yourself near the coastal town of Kilifi, be sure to book your tickets for the Kilifi New Year’s music festival. The festival is usually from 30 December to 2 January on a 20-acre plot of land where festival-goers can boogie between 1000-year-old baobab trees.

Some Buddhist Temples welcome the new year with 108 bells

The reason for the bell-ringing differs, depending on the region and who you ask. In many Asian nations, the 108 bells are said to dispel the 108 evil passions of human beings. Others reason that it’s meant to represent and remind us of the 108 human shortcomings.

The tradition—which originated in Japan—is called ‘Joya’ which means ‘the night when we should dispel all evil things in our lives’.

Things get a bit furry in Romania on New Year, as citizens dress up as bears and dance to chase away evil. The event is kicked off with children going from house to house to perform ‘plugusorul’—reciting adapted historic hymns equipped with bells.

The evening’s highlight is the bear dancing which symbolises the death and rebirth of the year. The ‘bears’ perform in chains before ‘gypsies*’ in exchange for money. Other animals and costumes are also included in the event.

*Note: although the word ‘gypsy’ is considered a racial slur which should not be used outside Romani circles, this New Year’s ritual explicitly names and honours the gypsy heritage. The word and gypsy culture are mentioned in Romanian websites and sources, and in this context the terminology is therefore not derogatory. We urge you not to use the word outside this context as it could be deemed inappropriate.

If you want to determine your popularity in Denmark, there’s no better time than New Year’s morning—simply open your front door and try to count the broken plates.

The tradition is said to bring good luck and involves smashing plates against your friends’ front doors. Though it wasn’t initially a sign of popularity, the ritual had morphed into a bit of a tally over years as logic follows that the more friends you have, the bigger the pile of shattered crockery on your doorstep.

All the single ladies…

Belarusian New Year’s is unique in that it centres primarily around one group of people—single ladies.

The day features unmarried women competing in games of skill and power to determine who will be victorious when it comes to tying the knot in the new year.  But not all of the events rely on personal aptitude. One popular entry includes setting a pile of corn before all participants and loosing a rooster in the ‘arena’. The winner is called by the first pile of corn the rooster approaches first.

Do you know of any other interesting customs?

If you’re looking to get first-hand experience by immigrating to a different country, be sure to leave your details and Rand Rescue will assist you with all the financial aspects of your move.