26 Aug The State of SA’s Economy

Posted at 02:48h in Uncategorized by Dean 0 Comments
0 Likes 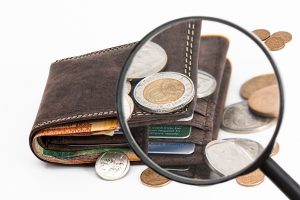 It’s been pretty hard to make accurate predictions for South Africa’s economy in the past year. Although the ballpark prediction was a downward trajectory, the same could be said for most economies in the world, and we’d not yet had a clear picture of how the strongest economies would fare.

Though things are still not very clear, several financial institutions and ratings agencies have given their outlook for South Africa’s economy in the near future. Although the picture is still quite bleak, it’s not as catastrophic as initially anticipated.

Year-on-year, the International Monetary Fund (IMF) placed South Africa’s GDP at 3,1% for 2021, which is a stark contrast to the -7,1% contraction for 2020. Though our recovery is more dramatic than Sub-Saharan Africa, we will not reach the same GDP growth as other countries in the region in the next few years.

The worrying part is that our growth is estimated to bactrack once more in 2022 to 2%. The problem, of course, lies in our debt. By current estimations, our debt will only reach a plateau in 2025-26 before it is estimated to decrease from 88,9% of GDP. On the upside, the initial estimate for this was for debt to rise to 95,3% of GDP, so it is at least a slight consolation that estimations are lower than before.

With our debt-to-GDP ratio exceeding that of other emerging economies and our average growth lagging at around 1,5% per annum, the compound effect of increasing expenses against increased debt means even less money available to spend on socio-economic development, education, health and infrastructure for coming years. Comparatively, other emerging economies have managed a 4,5% real GDP growth from 2011 to 2019.

Financial group Deloitte notes that the pandemic has cast a spotlight in South Africa’s limited legroom for economic stimulation and our desperate need to overhaul the management of state-owned enterprises.

South Africa already had one of the highest rates of income inequality before the pandemic, and this inequality is estimated to increase in line with our debt.

Right before lockdown in March 2020, the country had received a major light at the end of the tunnel in the form of the State of the Nation and Budget speeches. Unfortunately, the good intentions with which our president and minister of finance had kicked off the fiscal year were all for naught.

One of the greatest disappointments is that the country never got to prioritise education as was the intention. In fact, lockdown had made an even greater dent in education with all the missed schoolwork, rotational schooling, teachers and students falling ill or even dying, and lessons cut short due to technical or time constraints. To add insult to injury, most 2020 matrics and matriculants (2021) have not been able to enter the job market or tertiary education due to various constraints.

There is a massive backlog at Home Affairs and the Department of Transport prohibiting students from applying for documentation or acquiring licences. Interprovincial travel has been barred a few times. With so many businesses closing shop, the job market is also flooded with jobseekers – with qualified applicants winning out over unqualified matriculants for part-time, informal or temporary staff positions.

Add another year to this (and riots causing billions of rands in damage), and you have a catastrophe on hand.

Of course, one of the greatest indicators of a country’s success is its leadership; and public trust in such leadership.

The president has come under fire from all sides and factions for mishandling anything from the pandemic response to economic interventions and SOE oversight. It’s hard to imagine how any other leader will have fared in his shoes. Being handed a failing economy rife with political infighting in the top tiers of governance during a global pandemic does not quite offer solid foundation for launching an action plan.

Indeed, many decisions could have been made differently; sooner or later, more conservative or more aggressive – but no one can really tell what the outcome of such decisions will have been.

Decisions around the pandemic aside, South Africa will need foreign allies and investors to see us through the next few years and political stability is crucial to boost investment sentiment. Such sentiment not only drives new investment, but also affects the terms of existing loans and agreements.

News about the purported deliberate social unrest stirred by former president Zuma’s cronies in response to his arrest and incarceration did not go down well either. Oddly enough, the realisation that the mass looting and carnage had been orchestrated came as somewhat of a relief. A planned political act aimed at rattling the rulers and sowing fear in the hearts of South Africans is somehow easier to digest than the idea of masses simply resorting to acts of violence on a whim.

It remains to be seen what official investigations will unearth, and how the ruling party will deal with such mutiny within their own ranks. And there is no doubt that international funds, investors and leaders will observe these events carefully and decide on SA’s suitability for their funds accordingly.

On a positive note, with the last of the Inquiry into State Capture hearings wrapped up early in August, there is hope that we can finally end the era of corruption and hold those in power accountable for their actions.

Though not entirely unexpected, the resignation of Tito Mboweni as Minister of Finance still came as a shock to many. For many, Mboweni was a symbol of hope. It is commendable that he’d served his country for so long, especially given his persistent opposition or evaluation of decisions made by his own party. Perhaps it is his easy way – the seamless transition between leader and layman – which endeared both ordinary citizens and business associates to him. Either way, these are big shoes to fill.

We will cover this topic in a bit more detail in a subsequent article.

Heading out of SA?

Rand Rescue is your trusted partner in cross-border finance for South Africans relocating to greener pastures. Leave your details and we’ll contact you for a free consultation to discuss your needs and options.