Posted at 22:07h in Uncategorized by Dean 0 Comments
0 Likes 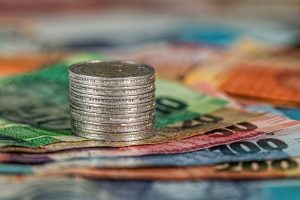 There have been many significant regulatory changes applicable to South African tax expats in the past few years. The moment we think we understand our rights, roles and responsibilities relevant to our cross-border financial portfolios, another spanner is thrown in the works.

And though the government hasn’t relented on many of these changes, they have conceded that one of these proposed changes will not be implemented after all.

The suggested changes related to the expat tax treatment of interest on retirement savings, including: pension fund, pension preservation, provident and provident preservation funds as well as retirement annuities.

If ratified, this change will have imposed taxes on interest incurred on the abovementioned funds when the individual ceases to be a resident of South Africa.

Until the proposed amendment it was commonly assumed that accumulated retirement funds were excluded from deemed disposal, along with immovable property and cash. This exclusion was never explicitly stated, however, and many believe that the amendment was taking liberties of this vague phrasing in order to garner funds for gov.

As Tax Consulting SA noted, imposing an exit tax on retirement savings creates a ‘fiction’ where individuals are seen to have withdrawn from their funds the day before ceasing residency, which creates a tax liability.

There are clear problems with this rationale, and not merely applicable to historic interest on retirement savings.

Regulatory amendments formalised in the past year and applicable to expat finance include the elimination of exchange control and the retention of South African retirement savings for a minimum of three years from their date of leaving South Africa.

The three year rule was purportedly aimed at replacing the previous five-year rule. This prior rule stipulated that any South African who returned to South Africa within five years of emigration, or deemed to have maintained a physical and operational presence in South Africa during this period, could be deemed a tax resident and be taxed by SA for this period.

Though the rule was rarely applied, SARS and the SARB could, upon investigation, determine that an individual had never severed their tax liabilities to SA and merely evaded taxes under the guise of living abroad.

Many tax practitioners have scoffed at the idea that the three-year lockdown is akin to the previous five-year rule. Most crucially, under the five year rule, individuals were seen to have ceased their residency on the day of exit. Under the three-year rule, individuals will only be seen to have ceased their residency after three years of uninterrupted residency elsewhere, with their tax residency status effectively ceasing retrospectively after three years.

This is highly problematic when it comes to the administration of retirement funds: while an individual will be deemed to have been a tax resident of a foreign jurisdiction for three years (after three years), they will also not have been allowed to expatriate their retirement monies and therefore have incurred a South African-sourced interest for these three years.

Given that South Africa limits tax on retirement savings for residents, the retrospective view on tax residency further questions which rules will apply during the three years and after.

Moreover under whose jurisdiction would taxation fall?

In the past, many South Africans either applied for financial emigration or remained abroad without winding up any financial affairs in South Africa. Yet another group applies for tax relief under a double taxation agreement.

A double taxation agreement prohibits the two jurisdictions from simultaneously taxing the worldwide income of an individual living or working across or between two regions.

South Africa has double taxation agreements in place with numerous countries, including:

Individuals applying for such tax relief currently need to submit an RST01 application to SARS to instruct financial service providers in SA to cease tax deductions on policies and similar treatment is applied to withholding paying taxes and lump sum payments. Tax relief under a DTA is an annual affair, with individuals submitting applications for every tax year.

A few years ago, South Africans could save quite a lot in taxation by living or working in regions with lower or no even zero taxation. Through financial surveillance and automatic sharing of information by OECD (Organisation for Economic Co-operation and Development) nations, this method of tax evasion and routes to money laundering have been widely prohibited, and South Africans are therefore liable for the shortfall, where a foreign jurisdiction levies lower rates than SA.

Is this small relief enough?

Though we are thankful that the Treasury has scrapped the proposed tax on retirement fund interest in the interim, it’s clear that South African emigrants are being systematically stifled, with recourses to accessing one’s own savings becoming increasingly limited.

It seems the only true recourse South Africans with significant savings have is to emigrate as soon as possible and wait out the three years, holding thumbs that further restrictions won’t be imposed during this period.