Posted at 07:16h in Uncategorized by Dean 0 Comments
0 Likes 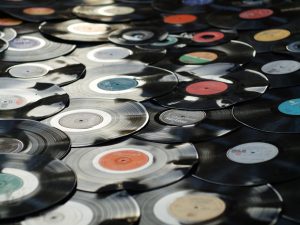 The recent spat between Neil Young and audio-streaming platform Spotify has brought renewed attention to the state of the Music industry. While the moral dispute between the two parties (as well as others who have stepped forward in support of either faction), is unlikely to yield results they’d hoped for, it has catalysed an unexpected upshot.

In the age of dissent where generations seemed to have been pitted against each other rather distinctly, the Young-Spotify debacle has created unexpected intergenerational allies.

Although this social and generational polarisation had certainly been present pre-Covid, it was undoubtedly bolstered by the impact of a global pandemic. Two camps seemed to emerge. The one camp is comprised predominantly of older generations who lean towards conservative norms, are relatively new to social media, and are vehemently opposed to vaccine mandates. The other camp is made up of younger generations, those with a wide social media uptake and savvy who are pro-vaccination and generally part of ‘cancel culture’.

If you feel offended by this blatant categorisation of society, read on, as this is very much part of the point.

Amid the turmoil of global upheaval, this sudden polarisation which pit two widely divergent groups against each other has left little room for those who don’t fit the stereotype of either camp. The assumption that a certain person represents a certain stance has become the rule, until now.

The breakup that broke the camel’s back

The oddity of Neil Young’s stance against Spotify is that he, as a musician who caters predominantly to older generations (and specifically those attuned to the country music undertones of a folk-rock band such as Crosby, Stills, Nash & Young) is that he’d harnessed the power of cancel culture and used this nouveau social mobilisation tool against a platform aimed predominantly at younger generations. And yet his message is more attuned to that of a younger, more liberal generation than his conventional older and more conservative supporters. This debate has opened new paths for debate and allowed more voices to be heard by essentially breaking through the barriers society erected around Covid-19 rhetoric.

Stranger still, while Young had essentially chosen to ostracise himself through purported self-sabotage, Google Trends shows a rapid increase in Neil Young searches and purchases from January 2022 to date. On its trend score measuring search engine activity (where 0 is no interest and 100 is absolute interest), Neil Young swiftly peaked at 100 this January to reach ‘breakout’ status.

Younger generations who may never have known of Young’s existence have suddenly shown an interest in music from the 1950s to 1980s in particular by simply following the trend rabbit hole and incidentally stumbling onto music they’d never have listened to before. These younger listeners may never become staunch supporters of Young’s music, but he’s managed to inadvertently bridge a gap formerly believed to be unbridgeable. Suddenly youngsters are aware of his moniker as the Godfather of Grunge and Kurt Cobain’s homage to Young in his suicide note. Suddenly they want to learn more about older artists whom they’d always assumed were catering wholly to a different audience.

And yet the spat has also renewed the interest of older generations in their musical idols of old – suddenly Neil Young and other artists from bygone eras are being featured in articles, on Youtube, in social media groups from Facebook to TikTok and dusty vinyls have been excavated to be played with hopeful reminisce.

A brief hiatus amid torrid times

While this dissent between two ‘groups’ is par for the course amid Covid times, it has also managed – quite remarkably – to give society a brief intermission and soften the blows of social conflict through the power of music.

Former President of South Africa, Nelson Mandela, may have encapsulated the power of music: “Music is a great blessing. It has the power to elevate and liberate us. It sets people free to dream. It can unite us to sing with one voice. Such is the value of music.”

Indeed, in this age of uncertainty and social upheaval, music is perhaps the best compass to renew our interest in the world around us and break down global barriers.

Without further delay, Rand Rescue gives you five destinations around the globe which cater to the discerned music lover.

Nigeria has more to offer visitors than mere inheritance phishing scams. Over the past decade, the country emerged as the greatest musical force on the African continent, with Lagos at the epicentre of this rise to prominence. Nigerian superstars like Wizzkid, Burna Boy, and Tiwa Savage have taken the international pop market by storm, putting Lagos on the map as a force to be reckoned with on the world stage.

Lagos has a spectacular nightclub scene, especially on ‘the Island’ (as the city’s network of islands is colloquially known). Go check out Virus Lagos, Rumors Nightclub, or Club Quilox if you want the true Island experience and hear some of the best DJs in the world while taking in the fantastic ambience.

For a more ‘arty’ experience, visitors might want to stop by the Jazz Hole, a cafe that has vintage records, books, and art; the cafe also doubles as a music venue where they focus on, as the name would suggest, jazz. On the mainland, we have New Africa Shrine, a hub for art and political activism founded by the musician and political activist, Femi Kuti; this venue has free music sessions on Thursdays, so pull through to mingle with a more discerning group of music lovers.

If you are a classical music enthusiast, you would love the sights and sounds of this Austrian city. The city has a rich musical history, with the likes of Beethoven, Mozart, and Strauss having lived, composed, and performed there. There are museums dedicated to all these musical geniuses, some of them found in the homes that they lived in during their tenure in the gorgeous Austrian capital. You can find monuments to the great Viennese composers in Stadtpark, a public park in the area.

If you are looking to take in some of the remarkable work that the city has provided, look no further than Volksoper, The State Opera House, or Großes Festspielhaus.

London has such a rich and varied musical history it’s hard to include all the treasures the city has in store for music lovers.

For theatre enthusiasts, there is of course London’s West End where some of the longest-running theatre productions in the world can be seen. The scene offers classic musicals like Les Misérables at the Sondheim Theatre, Phantom of the Opera at Her Majesty’s Theatre, or Wicked at the Apollo Victoria Theatre.

Those interested in London’s history as a capital of rock music can head on over to Abbey Road – the most famous recording studio in the world. Visitors can have their pictures taken at the iconic street crossing from the cover of The Beatles’ iconic record. There is also Denmark Street (nicknamed Tin Pan Alley). With the music publishers, recording studios, and instrument shops that have called Denmark Street their home over the past half-century, you would be hard-pressed to find another 100-yard stretch anywhere in the world with such an impact on contemporary music.

Nashville has been regarded as ‘Music City, USA’ since the 1950s due to its massive influence in the country music scene, a genre that still has massive international appeal to this day. Country music legends like Elvis Presley, Johnny Cash, and Dolly Parton all owe their success to the Tennessee capital.

If you plan to visit, the Country Music Hall of Fame and Museum is a must see to learn about the history of the genre and the industry surrounding it. For those interested in general music history, there’s also the Musicians Hall of Fame and Museum just down the street – the only museum in the world dedicated to musicians from all genres. You can also pop in for a show at Dolly Parton’s Dollywood theme park.

Of course, Nashville is not just an emblem of music history; it has a thriving live music scene earning it the reputation as a live music capital of the world. While the Ryman Auditorium (or Grand Ole Opry House) is where you will catch the big music acts, there is so much more to the local scene. For your country flavour, you can head to the Wildhorse Saloon or Losers Bar & Grill to watch some great live acts and line dance the night away. If your taste leans more to the “alternative” side, Drkmttr puts on great punk and indie shows, while Jack White’s Third Man Records showcases the more eclectic side of American music.

Tokyo is one of the world’s biggest cities and the city with the largest urban population in the world. They also have a musical culture unto their own, with one of the biggest and greatest club scenes, a unique live music scene, and the most record shops of any city in the world.

Tokyo’s Roppongi district is home to the more youth-oriented clubs in the city. Roppongi is also said to be more oriented towards foreigners, so visitors should feel more comfortable despite its throning crowds. The Shinjuku district contains Tokyo’s red-light district and is a vibrant hive of activity with clubs all around. Lastly, the Shibuya district contains some of Tokyo’s most famous clubs, including Contact and Circus.

Tokyo’s live music scene has a unique culture of its own. Venues are called ‘live houses’ and run the gamut from noise to jazz, to the idol music unique to Japan. The live house scene prizes the music and performance over the party aspect, so while most live houses double as bars and restaurants, the atmosphere differs from most bar gigs of other countries. The scene itself is fast-paced, with shows sometimes scheduled 24 hours before with line-ups and bands changing and forming on the daily.

Tokyo holds the record for most record shops of any city at 93. They also have the largest record shop, Tower Records, where you can regularly catch stripped-down live music.

Need help with your forex?

With travel opening up around the globe, chances are you’ll need to exchange some currency. Talk to Rand Rescue about your forex needs. Simply leave your details below and we’ll get back to you.