Posted at 03:18h in Uncategorized by Dean 0 Comments
0 Likes 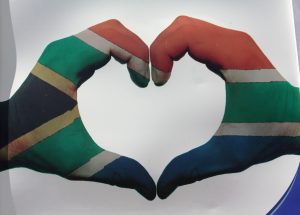 With so much upheaval in the world, it’s necessary to take a breather from all the dissent and bad news and see what’s going right in the world. For a dose of good news, Rand Rescue takes a look at some South African youths flying the flag for our country.

With a nickname like ‘Baby AB’, it’s no surprise that Dewald Brevis is making waves in the international cricket arena. Playing for the South African 2022 ICC Under-19 Cricket World Cup in the West indies, Brevis scored two centuries and three fifties and claimed the Player of the Tournament with a score of 506 runs – breaking Shikhar Dhawan’s previous record.

Brevis was subsequently shortlisted for the IPL 2022 auction and snatched up by the Mumbai Indians. Brevis was ecstatic to learn that he would be training under none other than Sachin Tendulkar and called it a ‘dream come true’.

The world’s biggest street dance competition, Red Bull Dance Your Style, has become a massive event. The second world championship was set to be hosted in South Africa 2021, but unfortunately the event stopped short  right before the finals in December 2021 due to health and safety concerns.

Nevertheless, South Africa’s Shanny J was crowned SA queen of street dancing and was all set to compete in the finals against the other 27 country winners from around the globe. We look forward to seeing her moves in future.

When our parents told us that too much video games would rot our brains, they certainly had no idea just how lucrative sector the gaming industry would become.

In 2018 competing in his first FIFA e-gaming cup at 19, Yvng Savage (as he is professionally known) won the tournament. What’s even more impressive is that he didn’t even own his own FIFA copy and beat 512 other players. He subsequently became the first Red Bull Esports Athlete in Africa (and South Africa).

We’ve all heard the statement, “stay in school” throughout the course of our lives. But Rabia Ghoor is a remarkable exception to the rule.

Having started her own cosmetics line at the age of 14, Ghoor dropped out of school to focus on her company, Swiitch Beauty. Ghoor has not only excelled as entrepreneur, but she was awarded the Forbes Woman Africa Young Achiever award at 21 in 2021. Ghoor had been nominated for the awards a total of three times. She started her business with a mere R6 000 loan from her father and acquired knowledge through YouTube.

Her advice to other entrepreneurs is, “Try, to fail – don’t fail to try,”

Imagine publishing your first book at the mere age of eight? Well, that’s exactly what Bontle Ndhlovu did. ‘The Oceanic Oxy Rescue Mission’ is not merely entertaining, but the book explores a love for nature and sea creatures in a touching adventure.

She is already working on a series ‘Adventures with Bontle’ which will be published later in 2022.

As a 19-year-old law student, Munozovepi used her academic knowledge and passion for empowerment to found Kukura Capital, a platform which empowers the community through financial literacy. Following the development of a string of applications to assist youths to excel, Gwata was spotted by the international world and has subsequently worked with the World Economic Forum, TED and the World Youth Forum.

Gwata is also a legal practitioner for the prominent law firm Webber Wentzel.

The Sony World Photography Awards is not just any old competition. Photographers from around the world are vetted, their work curated and subsequently shortlisted to attend the awards.

Aidan Murgatroyd is one of 17 photographers from around the world invited to compete for the 10-person shortlist for the 2022 awards. We’re holding thumbs for Murgatroyd as the winners will be announced on 12 April 2022.

Although Chioma Obasi was born in Nigeria, she moved to South Africa at the age of five. After school, Obasi went on to study Architectural Technology at CPUT.

Obasi was pleasantly surprised when her thesis, Activating Landscapes Through Memory: A Journey Through Fragments of Cape Town’s Strand Street Quarries, won the coveted 2021 Thesis Award form Hasselt University in Belgium under the international student category.

Obasi visited UHasselt as a CPUT exchange student and was awarded as Master Mind scholarship to study towards a one-year International Master in Interior Architecture from the university.

Most people don’t come back from debilitating accidents quickly, let alone take on new challenges so eagerly that they make it to the Commonwealth Games within four years in a sport they’d never participated in.

But that is exactly what Michell Moganedi did. After an accident left her wheelchair bound in 2018, Moganedi immersed herself in her rehab activities. So determined was she to recover that she excelled to become the captain of the South African women’s wheelchair basketball team and is setting off to the Commonwealth Games in Birmingham later in 2022.

She is not merely a basketball player though, Michelle also participates in javelin, discus and shot put and eager student at UJ pursuing studies in Engineering Technology in Extraction Metallurgy.

South Africa has no shortage of world-topping swimmers, so it’s no surprise that we have another world no.1 in our midst.

When Matt Sates entered the Fina World Cup in 2021, his only aim was to get to the top 20 and earn a bit of money. Instead, he came out tops and bagged a whopping US $100 000. Sates earned 13 individual gold medals, 4 silvers and 1 bronze.

But Sates didn’t stop there. at the NCAA gala in Atlanta Georgia held earlier in March, Sates won the collegiate crown with his debut appearance.

Siblings Anathi and Lisa Booysen from Bonteheuwel in Cape Town started a business Waxout Window Wipers to help them through their studies. More than this, however, is that they’ve mobilised other unemployed youths to generate an honest income by cleaning windows for businesses and residences.

The ward councillor for the area has praised the efforts of the siblings and stated that the city is committed to creating safer spaces and environments for youths to take up such entrepreneurship drives.

Although Caspar Lee is now 27, he started his career as content creator at the age of 16. The British-South African Youtuber has made waves online – what’s more, he also suffers from Tourette’s Syndrome. Although he seems to thrive despite all odds.

With more than 6,83 million subscribers and 781-million+ views on YouTube, Lee is a force to be reckoned with.  He was featured in Forbes 30 Under 30 in 2020, named among Yahoo! News ‘ ‘12 Web-savvy entrepreneurs to watch’ in 2013, and named ‘Chief Visionary Officer’ for Influencer Ltd., a British influencer marketing agency, in 2017.

Not only that, but Lee has starred in numerous films, shows, documentaries and music videos.

Twin sisters from Hammanskraal, Matlhogonolo and Masego Mphahlele, jetted off to Istanbul earlier in March to showcase their Digital X-ray Glasses at the Red Bull Basement Global Final.

The eureka moment for their invention came in 2019 when a football teammate was injured during a match and had to wait hours at a hospital for an x-ray. The invention will allow medical personnel to assess injuries at remote sites or sporting events and make quick decisions about onsite treatment before patients are moved or in lieu of immediate medical care.

South Africa has seen many stars make it to the red carpets of Hollywood. Phumi Morare’s name may not be that well known, but it should be – given that the writer/director was shortlisted for an Oscar at the 94th Academy Awards in the live action short film category.

Phumi’s short films have played at international film festivals such as Telluride Film Festival, Clermont-Ferrand Film Festival, and the American Black Film Festival. She won the 2021 HBO Short Film Competition, was BAFTA nominated, won an NAACP Image Award and her film Lakutshon’ Ilanga (When the Sun Sets) was acquired by Warner Media OneFifty.

South Africans were stunned to see Kamogelo Mokeke at the Gymnastics SA National Championships in October 2021. Why? Well, since the championship was a competition between able-bodied gymnasts, it was astounding to see this one-legged firecracker compete against those without disabilities.

Mokeke lost her leg in a trampoline accident in 2017. Despite this, she has continued her interest and efforts in sports. Not only is she taking on those who are technically more capable than herself, but she was also Named the Sportswoman of the Year with a Disability at the NW Sports Recognition 2021 awards.

From Tesla cars and batteries to the CAT scan machine, Pratley’s Putty, Kreepy Krauly, speedgun and dolosse – South Africans are masters of invention.

Kai Goodall’s invention wasn’t aimed at fame and fortune, however; he wanted to take on the challenges of ordinary South Africans and create something which makes the lives of those living without electricity easier. Goodall’s Pedal n Spin washing machine works like a recumbent bike found at gyms the world over and is powered by foot pedals.

Goodall tested his invention on his 12-year-old brother and 85-year-old grandmother to see how practical it was, and both stated that it was far easier than they’d imagined. Not only is it a practical solution for those living in poverty or off-the-grid, but the design won him first place at the RS Components International People.Planet.Product Student Design Challenge in 2021. He was the sole African candidate among 6 other finalists.

It’s not his first invention, nor his last and we look forward to seeing what Goodall will create in future.

Hollywood has taken notice of South African actress Thuso Mbedu. Not only that, but they awarded her the TV Breakout Star Award in August 2021 at the Hollywood Critic’s Association awards.

She secured the award through her remarkable portrayal of Cora in the historical fiction series The Underground Railroad which is streaming on Amazon Prime.

The series also bagged 7 Emmy nominations in 2021, and Mbedu’s acting received the praise of many famous faces, including Oprah Winfrey who described her acting as ‘the performance of a lifetime’.

Reaching for your dreams is not just for the youth. If you want to take on new challenges and take a leap to new shores abroad, get in touch with Rand Rescue and we’ll help you navigate your cross-border finances. Simply leave your details below and we’ll get in touch with you.