Unique Sayings and Slang Around the Globe

17 Jun Unique Sayings and Slang Around the Globe

Posted at 07:20h in Uncategorized by Dean 0 Comments
0 Likes 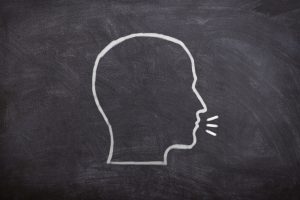 Unique Sayings and Slang Around the Globe

Language is quite fascinating. Israeli historian Yuval Noah Harari, in his book ‘Sapiens: a brief history of humankind’, theorised that human evolution which saw the development of language is the deciding factor which spawned politics, economy and religion. His research indicates that other hominids who did not develop language the same way as homo sapiens were incapable of conjuring or decoding abstract thoughts, so these hominids used language almost exclusively to convey concrete information.

For all its worth, language has, however, also led to many a misunderstanding throughout history, whether due to misinterpretation, misproduction or inaccurate translation. Rand Rescue takes a look at some odd phrases, idioms and words which may be misinterpreted by others.

When dogs were tied with Sausages – Uruguay

The Uruguayan phrase ‘when dogs were tied with sausages’ translates should be interpreted as ‘a long time ago’ despite the direct translation. Dr Mine Sevnic, Lecturer in postcolonial and world literature at the University of Surrey, states that the phrase hails from fictionality of tales.

Our unique way of using ‘shame’ has caused much confusion in international conversations over the years. While we also use it to indicate that someone should be ashamed, it is used more commonly to show empathy. Saying ‘shame’ in a conversation where something bad happened is not something other English speakers understand and can be perceived as rude, while it is, of course, quite the opposite since it means “I feel sorry for you/them”.

Te no hira wo kaesu – Japan

手のひらを返す is quite similar to turning a cold shoulder in English. If you’re unfamiliar with the meaning, however, it may be confusing to read or hear the phrase in Japanese since the direct translation is “to turn over the palm of your hand”.

The Nigerians are known for repeating words as a way to indicate the intensity of something (as opposed to intensive forms), and it seems Mexicans like to do so as well. The phrase, ‘te crees muy muy’ is used to indicate that someone thinks very highly of themselves.

If you hear the phrase ‘Jedním uchem tam, druhým ven’ you may mistakenly assume it means the same as  ‘like water off a duck’s back’ which, of course, is used to indicate that something doesn’t bother you. The actual equivalent in English is, however, is ‘in one ear and out the other’ which does not technically imply the same thing as it is not merely used to refer to someone who is careless in English, but also to people who are scatterbrained.

While the phrase is a particularly straight-forward flirtation, those who are unfamiliar with the divergent interpretations of ‘ficar’ may give wholly inappropriate answers to the question. Most commonly used to mean ‘staying’ or ‘remaining’, ficando is used in this sense to indicate ‘hooking up’ which means the sentence translates to ‘are you hooking up with someone here?’ and not ‘are you staying with someone here?’.

This one is often misinterpreted by novice French speakers as péter generally translates to ‘to fart’. The secondary meaning of the word is actually inferred here, which is ‘to snap’. The phrase therefore translates to ‘stop snapping your  suspender against your chest’, which is used to tell someone that they should stop bragging.

One of the most used Irish sayings is ‘minus craic’.  As with South Africa, Irish people tend to code-mix a lot between Gaelic, English and other vernaculars. Craic is an Irish term which refers to many things which are fun or enjoyable, much like the Afrikaans word ‘lekker’. With this in mind, it’s clear that the term is used to describe something which is not fun at all.

Are you still riding the goat? – Cheyenne people, USA

A saying by the Native American Cheyenne people, Mónésó’táhoenôtse kosa?, this one literally translates to, “Are you still riding the goat?”. It’s considered quite the innuendo since it is used to enquire whether someone is separated from their spouse.

While one may assume this saying has anything to do with alcohol or beverages for that matter, this saying is used to indicate that someone is incredibly busy.

I believe my pig is whistling – Germany

The phrase, “Ich glaub mein Schwein pfeift” translates to “I think my pig is whistling”. While foreigners may conjure up many interpretations, they should simply ask whether pigs can whistle as the phrase is used to indicate tremendous surprise or astonishment.

Every death of a pope – Italy

‘Ogni morte di papa’ may be misinterpreted as referring to a father figure, although it translates directly to ‘every death of a pope’. Given Italy’s religious heritage it’s quite understandable that the actual meaning is ‘once in a blue moon’.

Going outside seems like a pretty straightforward phrase for anyone outside the state of Alaska in the USA. If an Alaskan uses the phrase, however, it means that they are leaving their state or country.

Cumin in a camel’s mouth – India

The Indian phrase ‘Oont ke muh mein jeera’ may sound like something used in farming or animal husbandry to foreign ears. The actual meaning links to the fact that camels don’t eat cumin seeds and that they would need to be fed countless supplies of cumin to sate their appetites. The interpretation is therefore that vast amounts of a particular situation will not be suitable to address or resolve the situation.

If you’re planning on moving abroad or already living in a new country, let Rand Rescue assist in your cross border finance.