Posted at 07:03h in Uncategorized by Dean 0 Comments
0 Likes 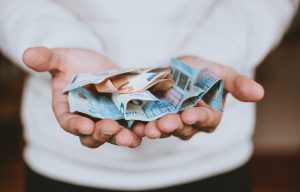 It’s no surprise that the string of global catastrophes the past few years had a massive impact on businesses both locally and abroad, but for South African businesses the matter is further compounded by a range of other factors.

South African businesses have been struggling to stay afloat for various reasons. The global pandemic is undoubtedly the most significant factor at play. The pandemic not only prevented many businesses from operating at full capacity, but it restricted resource acquisition and distribution, travel restrictions prevented customers from accessing businesses in conventional ways, and many investors or stakeholders had to regroup and took their money elsewhere.

In South Africa, however, we have the additional eternal thorn in our side called Eskom. The state owned enterprise has reneged on every and all of their responsibilities – leading to frequent loadshedding. As a further insult to the injury of the South African citizens, the parastatal keeps raising their rates and requesting bailouts from taxpayers and the state to keep their failed business afloat. CEO Andre de Ruyter has nonetheless continued to rake in his exorbitant salary. According to My Broadband, De Ruyter earns the second highest salary of all State Owned Enterprises. Between 1 April 2020 and 31 March 2021, De Ruyter was paid R7 138 000 to manage the enterprise further into the ground. For the same period Eskom recorded a loss of R18,9 billion and at March 2022 their debt bill stood at R400 billion.

Earlier this year, the Daily Maverick reported that South Africa has lost a whole working month of 22,9 days to power cuts in 2022. The matter was made worse by the resignation of their head of generation, Phillip Dukashe who left the business due to stress.

Eskom has turned to diesel to keep the lights on, with an estimated diesel bill from April 2022 to 2023 projected at R20,9 billion according to Engineering News. With the war in Ukraine still in full swing, there has been no relief to skyrocketing fuel prices.

Statistics SA indicates that South Africa’s inflation is now the highest it has been in five years and it’s still rising. In fact, the annual consumer price inflation (CPI) increased a further 0.7% in one month between April and March 2022, to reach 6.5% in May. Between April and May Diesel prices jumped 8.1% to place the annual increase at 45%. Year-on-year, the cost per litre increased from R16,20 to R23,67.

Sunflower oil, a product use in virtually all food production, increased by 40% year on year.

The problem, of course, is not merely increasing costs or inflation in one respect, but the knock-on effect. Virtually all prices have increased dramatically over the past year.

Additionally, the increasing costs have pushed many businesses into restructuring, business rescue and even liquidation. Not only is it quite impossible for businesses to offer necessary salary increases to help South Africans stay ahead of the inflation curve, but they are actively retrenching or closing ship indefinitely.

Businesses which rely on imports affected by the Russia-Ukraine conflict as well as Chinese economic slowdown struggle to continue production and manufacturing, even if they have the necessary budget to afford them certain products, such budgets cannot suddenly accelerate global product distribution and lift restrictions.

One of South Africa’s favourite private airlines has ceased operations and applied for liquidation earlier in June. Travel restrictions during the pandemic has crippled many travel and tourism providers, so the announcement is not entirely surprising.

Under normal circumstances Comair may have been able to secure the funding to continue their operations, but these aren’t normal times. The Government is already overextended and businesses which may previously have been interested in investing in the airline are all in the red.

The bankruptcy doesn’t merely impact flights. Both British Airways and Kulula.com offered additional products and services. Kulula.com cancelled their credit cards with immediate effect – while the cards were facilitated by FNB, users weren’t given the option to move their credit to FNB. While they were sent a brief notice which asked them to indicate whether they wanted to settle their debt immediately or opt for an extended 60-month downpayment period, they cannot even access their banking records, statements or terms and conditions since the banking platform and other sites have been taken down.

Revlon may not be a local organisation, but is the holding company to a chain of local companies the world over, including Revlon South Africa. Earlier in June the business announced that it was filing for bankruptcy.

The business suffered major losses during the pandemic. Much like South African SOEs, however, they are also embroiled in a legal battle following questionable asset transfer decisions made in 2020 which was facilitated by Citigroup Inc. bank. The bank further erred by accidentally paying Revlon’s creditors $900 million during a routine interest payment run. Of the $900 million nearly $500 million still hasn’t been returned by recipients.

In a rather odd public statement, Revlon’s bankruptcy attorney, Paul Basta, stated that they don’t know whether people will want to challenge that transaction and, if so, they should do so immediately so it doesn’t become a drain on bankruptcy proceedings (and the estate). It seems odd to think that people would not automatically assume such an exorbitant missing amount to require automatic review and that it’s considered an optional procedure. This points to the oddity of liquidation.

Liquidation essentially allows a company to clean their slate and start anew under a new name the next day.

The National Health Insurance (NHI) system in the pipeline has many medical aid providers up in arms. While universal healthcare is certainly something which is great for a nation, it is not so great when this system is gained at the cost of hundreds of thousands of employees and hundreds of listed entities.

The problem with the NHI is that the legislation currently under review stipulates that private medical aid providers will – once the NHI launches – no longer be allowed to provide any of the funding and services which the NHI provides and may only provide peripheral or gap cover. This means that these companies will essentially forfeit their income to the state and undoubtedly need to close shop or at least get rid of nearly all their employees.

It’s important to remember that this will not merely affect the insurers themselves, but also all those thousands or service providers who provide peripheral services to them. Printers, reps, manufacturers, IT providers, researchers, medical staff, cleaners, facilities managers, creatives, brokers, banks, call centres and so forth – all these and more will be affected by the elimination of the private medical aid industry.

Both businesses and private entities are getting rid of their properties. For companies, it’s not only a matter of downscaling, but also that many have adopted remote working policies which make it impractical to hang onto costly office buildings.

For individuals, a tightening of the belt is seeing many people move into smaller homes or to areas with lower rates and fees. We’re seeing a semigration to smaller towns and cities in particular.

FNB’s property statistics for February indicate that 18% of South Africans selling their homes was due to financial stress. This holds especially true for those whose properties are valued under R1 million. Additionally, around 9% of sales are due to emigration. RealNet indicates that many people in the upper income groups are selling additional properties such as rental units and holiday homes.

Part of the market is, however, purchasing more sizeable homes, but it should be noted that this seems to be for consolidation of families. With financial pressures hitting people across the board, households are once more making more space for elders, siblings, children and other family members to move back into the home. A Gumtree survey at the end of 2020 indicated that 64% of youths who’d lived outside their family homes had moved back into their parental homes due to financial stress.

The boomerang generation refers to those youths who have left the family home only to return later. Worldwide statistics indicate that this back-to-home trend is motivated by unemployment, declining middle-income economic power and general financial stresses. It’s simply not possible to own the same type of assets (cars, homes or other property) for the youth of the day as available to their parents for equivalent incomes decades before. But while financial stress is relieved somewhat through reconciling families under one roof, it also places significant financial stress on the primary income providers of the homes.

Even before the pandemic, around 42% of South Africans between 18 and 34 were still living at home so it makes sense that those who had lived outside the family homes have been forced to move back. 84% of South African millennials have indicated that the pandemic has negatively impacted their household income. While a similar trend is observed globally, it seems that the impact is far less significant in other countries.

Want to sidestep the financial crisis?

While other countries are also facing similar issues, the numbers indicate that South Africans are suffering far more than their global peers. With so many people choosing alternatives it makes sense to consider whether the best option may be to emigrate.

Although this is a tough choice, the fact of the matter is that we all need to make tough choices in this day and age.

If you’re considering this solution, talk to Rand Rescue about your cross-border finances. Simply leave your details below and we’ll get back to you.