The Impact Of Political Change On Saffas

12 Sep The Impact Of Political Change On Saffas

We’re living in interesting times, to say the least. And if recent political discourse is anything to go by, we’re in for an even bumpier ride in the months and years ahead. But what’s happening in the world and how does it affect expats?

Changing leadership around the world

Perhaps the most pivotal development in the past few months and years is the marked change in leadership and political ideologies which have occurred concurrently across the globe. The synchronicity of political transition paired with the swift diffusion of news via social and online media have made citizens of the world both more aware and involved in political discourse. 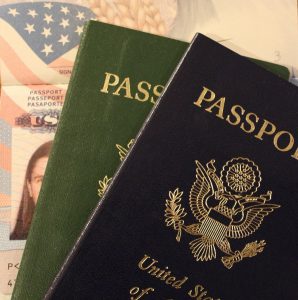 Perhaps the most pivotal of such leadership and ideological changes have been the election of Donald Trump as US president, the British vote to leave the European Union followed by David Cameron’s exit from politics and Theresa May’s appointment as the new prime minister. In France, Macron took the win, though it should be noted that the top choice indicated by French polls had been Francois Fillon of the centre-right, whose candidacy had been thwarted by accusations of embezzlement.

South Korea, one of the US’s greatest allies against the purported “northern threat” had faced its own impromptu leadership change after Park Guen-hye stepped down following calls for impeachment. On South African soil, local elections had indicated a changing sentiment – with the main opposition taking control of several regions formerly administered by the ANC government. There are several similar changes in countries across the globe.

Though these changes, in isolation, may not be that controversial, such dramatic change in sentiment around the globe points towards increasing polarisation between conservative and liberal factions – the US and UN. Swift political change is noteworthy not only for the uncertainty it stirs within country borders, but for its impact on international relations. Change may not be a bad thing, but whenever drastic change occurs it carries with it significant policy and legislative overhaul.

Countries need to renegotiate their stance on a range of issues, former allies need to reassess their agreements, new friends and enemies are made and until these new policies and relationships have been established and tested – citizens of all countries affected by these changes remain on edge. It’s no surprise that those facing the greatest risk and uncertainty during such times are individuals without native pedigree – those immigrants, migrants and expats who find themselves on foreign soil.

For although political change doesn’t necessarily equate to drastic policy changes affecting migration, this does seem the be the going trend in current affairs. The Republican presidency, for one, is far less accommodating of foreigners entering their country than its Democratic predecessors in the US.

In the UK, Theresa May has already overhauled immigration rules following the Brexit vote – imposing much stricter vetting for foreign migrants entering the UK. And in Australia the dual-citizenship scandal involving several high-ranking government officials does not quite allay expat fears of acceptance and assimilation in their new homes.

For although the Australian prerequisite only applies to government officials, it is noteworthy that anyone who wishes to serve the Australian people in such capacity are required to renounce their dual citizenship – even if such citizenship had been acquired due to a parent or spouse having foreign citizenship. With an EU now on the split, it’s perhaps quite palpable that European nations are closing ranks with reinforced anti-immigration sentiment.

For although some nations like Germany still uphold the rights of foreigners, and refugees, in particular to enter their borders freely – a fragmented union does not present the security it once did and nations feel the need to present a show of strength against Syrian, Turkish and extremist threats dispersing through Europe.

This is evident in growing support for anti-immigration parties and leaders such as Hungary’s Viktor Orban, Poland’s new right-wing government, the far-right Sweden Democrats and the Danish People’s Party. Even before Brexit, the head of the European Parliament, Martin Schulz, had voiced his concern over the possible dissolution of the EU.

It’s clear that anti-immigration sentiments aren’t directed at South Africans, nor are policy changes enacted for the purpose of exclusively excluding South Africans from any nation. But we cannot deny the fact that these changes do have an impact on South African immigrants. 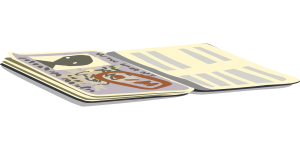 The Achilles heel of the South Africans expat is undoubtedly that our chosen hotspots for immigration fall within the regions experiences greatest policy overhaul. The most popular destinations for relocation among saffas include Australia, the UK, New Zealand, the USA and Canada. Of those five destinations, only Canada has eased some of its immigration requirements. Australia and New Zealand both announced policy changes earlier in 2017 which will see to stricter citizenship and skilled visa requirements.

These policies are said to have been amended in order to aid upskilling and employment of native citizens as opposed to foreign individuals. Among other things, the new rules would require a minimum income requirement for applicants and reduce the qualifying occupations for work visas by hundreds.

In the US, South Africans have been told not to be concerned with Trump’s new travel and immigration policies, but experts have warned that vetting processes for all foreign nationals planning to work in the USA or gain citizenship will be far more stringent going forward. Professor Anthoni van Nieuwkerk of the Wits School of Governance has also warned that the Trump rhetoric is creating a climate of xenophobia similar to that found in South Africa, and that it would not be surprising if more US citizens and businesses oppose the employment of foreign nationals.

The UK has seen some of the most dramatic political overhauls in recent months. The Conservative and Unionist Party (formerly the Conservatives) headed by Theresa May has not only made changes to policies, but amended their ideology to place a particular focus on nationalism and a respect for local custom. The party manifesto has made significant amendments to the 2015 manifesto – in particular with regards to immigration.

Cameron’s vague or more lenient stance on the matter has been overhauled to include the country’s objective to reduce immigration, a complete omission of former EU tax and child benefits as well as housing and residency policies for EU migrants, new immigration policies for European citizens and a review of international development expenditure.

The new leadership has also made it crystal clear that a Scottish referendum to leave the UK following the Brexit vote would not be allowed and such referendum will have to be delayed until the entire Brexit process has been finalised.

In short, though South Africans aren’t targeted as transgressors or flagged as an unwanted diaspora –  universally applied immigration rules will nevertheless affect those seeking work or citizenship in other countries. What’s the solution? Well, the answer is not a simple go or stay but determined by your own individual needs and circumstances.

Some believe the best step would be to secure residency and employment abroad sooner rather than later, as regulations are unlikely to be relaxed anytime soon.