A changed world: the politics of investment

25 Jun A changed world: the politics of investment

Posted at 03:25h in Uncategorized by Dean 0 Comments
0 Likes 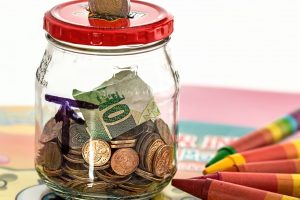 A Changed World: The Politics Of Investment

Even before the global pandemic, the writing was on the wall that change was in our future. Days before South Africa’s first lockdown commenced, we received the most hopeful State of the Nation address in decades, and yet those visions had faltered under the weight of an unrelenting lockdown.

Across the globe, major change in political sentiment and conditions were afoot. While some of these changes may have been forestalled by lockdown, others were expedited. This confluence of controversies has made it rather difficult to pinpoint the cause and effect of events on economies. Nevertheless, there are some valid takeaways regarding the political world and your pocket.

Risk can be relative

There are certain rules in investment – the first of those certainly being to weight risk against reward and play it safe amid turbulent times.

Unfortunately, it took a global pandemic to teach us that this is not always the case. Although it’s something no one may have predicted, it’s still taught us valuable lessons about financial security.

In general, those who aren’t incredibly savvy about investments and markets are told to safeguard their monies in holdings which offer stable growth over the long term. In a perfect world, or at least one which doesn’t call for a global lockdown, such advice is fair. Unfortunately, some of the safest spaces for hard-earned savings have come a-crashing down.

Pre-2020 investment managers would invest their clients’ funds in government bonds, investing in companies with good track-records and those markets which showed most promise for long-term growth. Investment in tech was saved for companies with long-term stability or – in the event of emerging technologies – reserved for clients willing to hedge their bets on unknowns.

Yet the events that transpired certainly favoured the bold…to an extent. Those who’d invested in home delivery services and shopping platforms met mixed results. While companies like Microsoft and Amazon flourished, other retailers closed their doors for the last. While traditional tourism suffered its worst blow since World War II, unconventional investment opportunities such as digital walk-throughs and AI tourism.

As for government bonds and government-backed pensions, matters have not been that rosy. No government in the world managed to evade public scrutiny and criticism in the past year, and yet some have faired significantly worse than others. Perhaps most surprising is the failure of some of the economic powerhouses of the world in their Covid-response; whether their humanitarian and healthcare efforts or economic policies and regulations. The UK, US, Sweden and Australia have faced significant criticism from their citizens amid the first world nations. In the developing world, Brazil, South Africa, India, China and Turkey have all come under fire for government policies and pandemic responses.

Many South Africans have seen their pensions depreciate after years of saving for retirement. And unfortunately a country like South Africa is not equal to the economic powerhouses of the world in terms of recovery.

One such sketch dubbed the European Debt Crisis highlights some of the farcical processes and policies involved with national and international debt, including the continuous redirect and looping of debt, investments and so forth.

Another example of such economic misdirection is the US housing crisis which played out in 2007 and saw one of the most devastating economic crises of the 21st century.

As with the European debt crisis, one of the primary drivers for the housing boom was reckless extension of credit. Other factors at play were unregulated reclassification and bundling of investments, commodities and debt. These are particularly noteworthy in understanding how easy it is for consumers to make poor investment or debt choices. Much of our understanding about markets comes from grasping the basic terminology and workings of different funds, markets and financial systems. Another trap we tend to step in is the assumption that these terms and systems remain fairly static by definition. Most consumers don’t have their fingers on the pulse of regulatory change, and this holds even more true of changes within respective industries and organisations. Should investment holdings suddenly decide to redefine their products and expand their definitions, this can have far-reaching consequences.

And unfortunately, though economic crashes can hold dire consequences for large institutions and senior operators in these arenas, these organisations and individuals are simply more adept at recovering their losses and starting over. In the financial industry these places often rely on existing relations and contracts to negotiate bail-outs and, of course, governments and federal reserves are also more keen to extend recovery credit to such institutions which have a large client base and broader industrial reach.

We’ve seen the cascading effect of this both on an international, national and local level. Places like the USA and UK may have suffered greater financial blows than smaller nations under Covid and other crises – but these blows are easier to recover from as they are both more capable of negotiating treaties with other nations for their recovery, and investor sentiment still favours these nations based on past performance and future projections. When a country like South Africa slips into excessive debt and comes under fire for maladministration, recovery is both a much longer and more tedious road. As such, as an individual investor, it is also oft a better choice to go with the larger and more affluent nations and markets if purely for the reason that their recovery under hardship should be far swifter.

It’s a strange dichotomy, but a rather morbid example of how fortune truly favours the bold, and how those who have will be given more.

South Africa’s small business owners, freelancers and sole proprietors have experienced this phenomenon perhaps more acutely than many others. Worldwide it seems like bailouts and support for economic hardships is primarily aimed at those who already have the means to acquire loans, put forth intricately crafted project plans and analyses and have grand business networks to call on.

In the years preceding 2020, Rand Rescue reported on the pendulum effect and the rise of extremist factions the world over. As is customary in such situations, one extreme breeds and feeds an opposing extreme.

In politics it almost seems as if Newton’s third law of action and reaction remains applicable throughout the ages. The law states that for every action there is an equal and opposite reaction.

In the heat of it, it’s not always clear how these matters will play out and whether the opposing force will merely serve to reinforce the initial force which had created it. The USA may be the clearest example of this. One deeply dissenting force created a deeply dissenting opposition. We are not commenting on right or wrong and merely highlighting the polar effect which yielded new leadership. The same is evident in Israel where dissenting leader Netanyahu has been ousted. Of course, the jury’s still out on what the long-term and lasting effects of these political upheavals will be.

A marked change in global investments which had not been a factor in previous years is the influence of mass media, social media and generational sentiments. Social media has levelled the playing field to an extent, and although more prominent figures still enjoy the most airtime, every individual has the ability to sway the masses by having their voice heard online.

From confirmed Russian interference in US elections with the aid of 2 million bots, to Greta Thunberg’s climate change sway and the impact of the ‘Me Too’ movement, we’ve seen how swiftly change can be achieved either for good or bad. As such, while many investors and governments previously focused primarily on their internally crafted policies and favoured capitalist sentiments, public relations now require that decisions and projections consider public sentiments and brand positioning more than ever before.

Power and faith are increasingly vested in those companies and leaderships which who support progressive humanitarian, financial and environmental views. We’re not talking about extreme polarised views on capitalism versus communism, of course.

Simply stated, the days where company moguls and heads of state-controlled company progress top-down are numbered. What the youth call cancel-culture may seem nonsensical, but it has a big part to play in how organisations invest their money, who they support and how they position their brands. They not only face sanctions from the industry and governments, but risk losing face by supporting ideals which oppose human rights, equality, social progress, environmental protection and clean energy.

For sound investment, it seems logical that individuals therefore keep their fingers on the pulse of social discourse and political sentiments if they’re to make accurate predictions for the future. Investing in companies who value human rights, are on board with carbon tax and focused on social upliftment seems a safer bet than those who may draw the ire of the masses in future.

The global pandemic may be a once-off deal, though we’ll have to wait and see. Nevertheless, it seems two industries will take the top investment tiers for the long term – healthcare and technology.

Of course, these have always measured high on the investment scale, but the current boom is quite unlike anything we’ve seen before, and unlike prior investment bubbles, the ‘fad’ is not likely to die down soon. Even if Covid leaves us in the coming months, its impact is lasting. The need for expedited health research will remain in anticipation of any coming catastrophes which may affect mankind. Furthermore, though technological innovation has always been an attractive investment, the focus of such investment has always been quite divergent. The pandemic has focused our eyes on specific needs to do with global connection, facilitating remote and AI interactions and ensuring businesses can flourish despite geographical boundaries and borders.

Need help with your finances?

If you’re moving across borders, chances are you’re apprehensive about the options available for moving your retirement funds and other investments offshore. Rand Rescue has helped thousands of South Africans with their cross-border needs. We have the necessary accreditation and authorisation to deal with banks and tax agencies and have existing affiliations with major financial institutions across the globe.

Talk to us about your options and let us help you start your new life abroad.