Amended tax treatment of retirement money: what you should know

25 May Amended tax treatment of retirement money: what you should know

Posted at 08:48h in Uncategorized by Dean 0 Comments
0 Likes 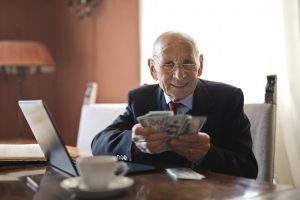 Amended tax treatment of retirement money: what you should know

Covid-19 has truly thrown a spanner in the works for individuals the world over. But while most people are concerned with the ordinary run of their lives or disgruntled at travel being on hold, for those South Africans considering emigration, however, things have become increasingly tricky.

Rand Rescue takes a look at some issues you may face in navigating your immigration, and how to overcome these obstacles.

As all those who’ve planned on immigration should know by now, the South African Government ratified legislation which bars the repatriation of certain retirement funds from South Africa for three years post-immigration.

This legislation came into effect on 1 March 2021. Individuals who confirmed their non-resident status with SARS or whose applications for retirement annuity transfer (financial emigration) were submitted before this date have leeway until 27 February 2022 to finalise their transfers and can sidestep the three-year waiting period.

In addition to the three-year hold on retirement funds, changes to the exchange control treatment for expats include:

Before 1 March 2021, Section 10(1)(o)(ii) allowed South African tax residents rendering services outside South Africa to receive a full tax exemption on income for these services rendered for or on behalf of employers outside SA, provided:

From 1 March 2021, Section 10(1)(o)(ii) will limit tax exemption on foreign sourced income for South Africans rendering services abroad to R1.25 million for the year of assessment.

Individuals can still apply for partial exemption on amounts exceeding this threshold, but:

The hold on repatriating retirement savings and new interpretations of  Section 10(1)(o)(ii) is frustrating for many of those working abroad or wishing to sever their ties with SA. But there are some silver linings for SA expats.

We’ll discuss the implications for retirement annuities in an upcoming blog, but for now, let’s focus on the pros as well as those options which are still available to saffas abroad.

Although the taxation laws amendment bill hampers one’s ability to transfer your retirement money abroad, streamlining the treatment of retirement funds will make it easier for South Africans and financial service providers to manage these funds and understand the administrative pathways to unbundling and transferring funds abroad.

While much of the world is still wading the murky waters of their respective waves of Covid-19, tough economic conditions have urged many governments to reconsider immigration restrictions.

Most of the lifted restrictions are aimed at attracting skilled workers, but a big pro is that many countries are also more inclined to offer remote or flexible working conditions which allow South Africans more leeway in their career transformation. Essentially there are more companies who are willing to accommodate short term flexibility in terms of where work is rendered, which allows prospective immigrants to possibly enter roles before they’ve formally immigrated.

It should be noted, however, that this type of work will not offer tax benefits on the foreign-sourced income, since the tax legislation makes it clear that possible foreign tax exemptions are only applicable for work physically rendered outside South Africa. Nevertheless, a bridging period offered under more flexible working terms could significantly ease emotional stress during your transition.

Accessing preservation funds after a withdrawal

It is certainly not wise to withdraw pension monies for purposes other than retirement, but this opens the door for South African expats to transfer their pensions to offshore retirement funds in their new country by following this process.

More time and yet a shorter wait

Many people may be up in arms over the new 3-year hold, but it should be noted that the legislation technically prohibited transfer for 5 years previously. See, although it wasn’t expressly stated this way, the SARB has, to date, required that individuals remain outside SA for a period of 5 years, else they could be deemed tax residents of SA and be compelled to pay tax on income for this entire 5-year period. Most expats have simply not been aware of this rule, since the interpretation and application of the ordinary resident test used to determine tax residency for these 5 years had been quite divergent. SARS and the SARB had also pursued recovery of such taxes mostly in cases of blatant tax avoidance.

Given financial emigration is a lengthy process which can take up to several months, South Africans wishing to transfer their retirement annuities will have waited a while to transfer these funds anyway. Since the rigorous exchange control administration will now fall away, the three-year period now offers saffas an opportunity to get their ducks in a row and have their paperwork ready to transfer their South African assets abroad the moment they hit the 3-year mark abroad.

Despite the hold on retirement annuities and preservation funds, South Africans are still allowed to transfer the proceeds of other assets offshore. This includes transferring other investment sources, shares, endowments or proceeds from the sale of property abroad.

Individuals are still allowed to move up to R11-million out of SA by using their R1.25-million discretionary allowance (which can be transferred without tax clearance) and the R10-million foreign investment allowance for which tax clearance is required. What’s more; Rand Rescue can assist you in transferring in excess of this amount. Though each application for transfer above the R11-million is judged on its own merit, the SARB will allow this provided the correct protocols have been followed.

Such funds can then foot the bill for your new life and serve as a settling-in allowance.

Talk to Rand Rescue about your options

We’re an authorised forex dealer with in-depth knowledge of the ins- and outs- of expat finance, cross-border taxes and the administration required by banks, fund administrators and tax authorities.

Talk to us about your options and leave all the leg-work to our team of experts so you can focus on establishing your new life abroad.