BRICS Currency: How The West Bolstered The Rejects Club 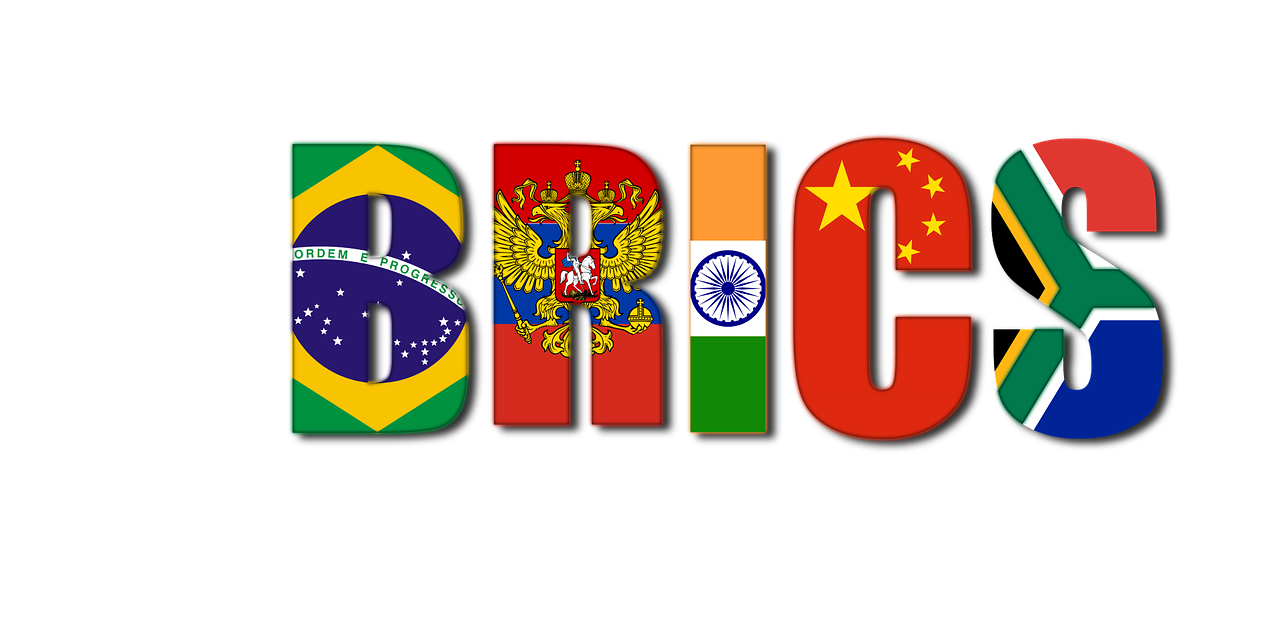 28 Sep BRICS Currency: How The West Bolstered The Rejects Club

Posted at 00:32h in Uncategorized by Dean 0 Comments
0 Likes 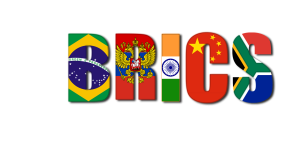 BRICS Currency: How The West Bolstered The Rejects Club

Whether you agree or disagree with BRICS and the strategies that the group (consisting of Brazil, Russia, India, China and South Africa) employs, the fact remains that the collaboration between the countries exists and is only bolstered by opposition.

Rand Rescue takes a look at some of the factors that sparked this collaboration and the acceleration in novel strategies and functionalities brought about mostly by Western opposition.

BRICS: rejects with a solid hand

The world is a strange place. Those who have resources aren’t always the ones who get to benefit from it – in most cases they are the last beneficiaries of their own resources if one follows the thread throughout history.

Political ideology is also not an indicator of any type of moral high ground on the global political marketplace – it’s public perception which plays the most pivotal part in that arena. How you feel about BRICS is a reflection of your own ideologies, the media you consume, and the quality of sources you trust.

The incongruence of the above have been both a catalyst for the creation of BRICS and the thing which has strengthened the group throughout the years.

BRICS (BRIC, initially) is an alliance between Brazil, Russia, India, China and South Africa which promotes economic, social, cultural and political cooperation and support. The nations collaborated in an effort to circumvent perceived ‘western’

Most lately, BRICS has been bolstered by international pressure against Russia due to the Russian invasion of Ukraine.

While BRICS consists of only 5 nations, they collectively:

Other countries which have shown an interest in joining BRICS  include the UAE, Algeria, Indonesia, Kazakhstan, Mexico, Nigeria, Thailand, Tajikistan, Senegal, Cuba, Venezuela and South Korea.

Some facts and stats: 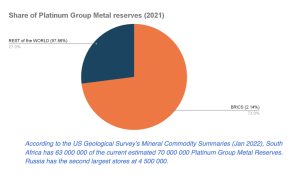 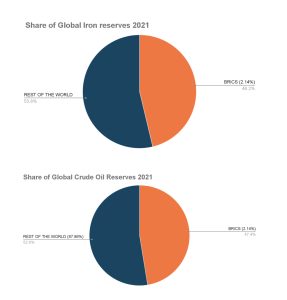 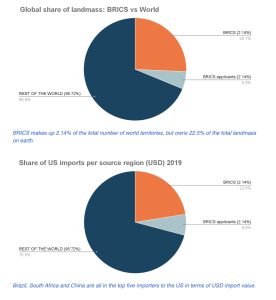 The USD as reserve currency

The Federal Reserve Bank was created in 1913 in a response to currency instability as individual banks had issued their own banknotes up until this time. The year after World War I broke out, which is perhaps the greatest catalyst for the USD’s imminent dominance. Until World War, most countries had pegged their currencies to the Gold Standard – essentially countries’ economies were vetted by the amount of gold reserves they held. In order to cover military expenses in paper money, countries ditched the gold standard. The devaluation of currencies as a result saw the United States becoming the lender of choice as many nations wanted to buy US bonds.

The US had already been the leading international reserve currency by the time the gold standard had run its course in 1931 and was also sitting on most of the world’s gold reserves.

Just before the end of World War II, 44 allied nations met in Bretton Wood to find a system which would facilitate foreign exchange without hampering any one country. They decided that they would peg their currencies to the dollar, since the dollar itself was linked to US gold reserves. This agreement was known as the Bretton Woods Agreement and ensured that nations’ central banks could trade with fixed exchange rates between their own currencies and the dollar and manage their economies by buying and selling their currencies. Foreign nations subsequently started holding dollar reserves.

Countries also started buying US treasury securities, which inevitably led to the market being flooded with paper money. As a result, countries once more started converting dollar reserves to gold, prompting President Richard Nixon to de-link the dollar from gold and leading to floating exchange rates.

Despite this delinking, the dollar remains the world’s reserve currency with 59% of international central banks holding reserves in dollars and 40% of global trade transacts in USD. Comparatively, the US contributes less than 10% of global trade.

Using alternatives to the USD as reserve currency is nothing new, but it’s been picking up pace in recent years. The Bank of Israel indicated some months ago that it aimed to reduce their USD portfolio allocations and increase allocations in AUD, CAD, CNY and JPY.

Likewise, the BRICS nations envisioned their own currency and transacting platform to challenge the USD and Swift years ago. The aim of such a new monetary system is to prevent the negative impact of political unrest, sanctions and the weaponisation of currencies.

Professor Chimene Keitner, a specialist in international and comparative law, notes that the US and EU are treading dangerous ground not only in the seizure of Russian assets, but in their intent to use these assets for other purposes – even funding Ukraine’s military opposition. The problem lies in the principle of it – the world has trusted the USD as a reserve for so long specifically due to the guarantees offered by the state that reserves should change hands legally and perceived criminal activity should still be tested by the courts of law.

While seizure under a sanction is certainly allowed – one government should not be allowed to convert such assets into another form or sign away ownership of these without global courts determining the merit and protocols for such actions. The EU has gone so far as proposing new legislation which would increase the scope of criminal definitions – this will allow seizure of assets even after they have crossed borders or changed ownership, and eliminate many of the current requirements for testing the validity of perceived criminal behaviour. This purported reneging on global agreements has many nations very unsure – on the one hand they want to collaborate in helping Ukraine, on the other they are contributing towards a dangerous precedent.

Given the frequency that the US has imposed sanctions and embargoes on other nations, and how frequently other western nations have followed suit, BRICS has sought ways to eliminate reliance on the US, EU, UK and their currencies.

The proposed BRICS currency, transacting protocols, facilities are aimed at easing trade and utilising reserves from a non-USD perspective. By extending sanctions to SWIFT transacting facilities, Russia and China had to expedite the development of their SWIFT alternatives (such as the SPFS in Russia). The Yuan transfer system has already proven popular for China and their partners and Sberbank in Russia has already started lending in Yuan, with more non-Western currencies in the pipeline.

Whether you like it or not, the global economic system is changing. It would be good to keep an eye on these trends and take some of those eggs out of the one basket if needs be.

Check in soon to get the low-down on the global energy crisis and how global politics fit into it all.

If you’re already living abroad or plan on emigrating soon, leave your details below and Rand Rescue will assist with all your cross-border financial needs.