Crackdown On Tax Evasion – Get Your Affairs In Order

10 Dec Crackdown On Tax Evasion – Get Your Affairs In Order

Posted at 21:40h in Uncategorized by Dean 0 Comments
0 Likes 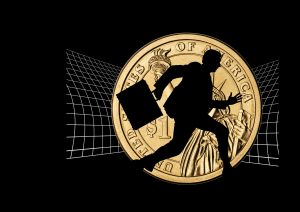 Crackdown On Tax Evasion – Get Your Affairs In Order

If the long arm of the law is intimidating, then it’s quite unnerving when this arm which reaches out to scrutinise ordinary citizens is shrinking. One would assume that the reach shortens, but what if authorities across the world simply don’t have to reach that far at all?

We’re referring to the automatic exchange of information (AEOI) where 163 OECD jurisdictions share financial information with each other. While the law may have used its long arm to reach across borders and time, rapid progress in technology, data aggregation and processing has effectively truncated the effort and red tape which had stifled legislative reach in the past.

While the world was caught up in a Covid-19 crisis, tax authorities were hard at work – identifying and disclosing activity to the amount of R160-trillion on more than 75-million accounts worldwide.

Early adopters with the legal frameworks, technology and software required for such an undertaking had started sharing information before the roadmap had been released. While several jurisdictions, dubbed ‘tax havens’ in the past were lax to endorse this sharing of information, the downside for these regions was that they will have been ostracised or sanctioned in some form by those nations who endorse the exchange of information. Since the initiative is aimed at fighting criminal activity, the OECD essentially labeled countries as either cooperating in the fight against corruption and criminal activity, or endorsing such behaviour – even if it was not stated so succinctly, the message was clear.

Several OECD member countries kicked off their AEOI data drives in 2017, though 2018 was the first tax year that all participating members started sharing data. Given the difference in tax seasons around the globe, it makes sense that data would take a bit longer than a calendar year to aggregate and process – since one would need to account for the different tax seasons of all members.

In 2020, however, the OECD Global Forum on Transparency and Exchange of Information for Tax Purposes gave themselves a great big pat on the back as they announced the identification of approximately R160-trillion in questionable or illicit activity tracked to more than 75-million international accounts.

Your opinion on taxation doesn’t matter

Granted, there are definite disparities in tax responsibilities between income brackets  – quite problematically, with most upper-income to 1-percenters not making money from salaries, the systematic increase in income tax is seen by many as counterintuitive and unfair. While the OECD cannot inform tax laws within jurisdictions, it can ensure that those laws are adhered to between members, and that those individuals or organisations who owe money to countries pay their dues.

As such, while the AEOI can certainly identify and trigger legal action against any individual or organisation within the member states, their primary focus is on high networth individuals/organisations, and/or transactions which are

– sizeable
– linked to questionable networks or individuals
– frequent
– filtered through, between or across various jurisdictions and companies
– information provided to tax authorities indicate clear non-compliance or deceit

Whatever your thoughts on taxation, the reality is that SARS and international tax authorities can and will follow up on the cross-border flow of money.

If tax residents of a specific region have qualms with regional taxation, the only way change will be effected is through mass action capable of influencing lawmakers and regulators to amend tax laws. In lieu of such change, our only recourse is compliance.

What about tax havens?

Regions which have been labeled tax havens in the past include:

Interestingly though, although countries like the USA, UK, Germany and the Netherlands have claimed to support the AEOI for quite some time, all four countries are listed among the top 20 jurisdictions for financial secrecy. The USA not only claimed second place overall, but is ranked number one in the world for the global impact of its financial secrecy, with the UK ranked second for its contribution to global financial secrecy.

This is interesting given pressure placed on individuals like Elon Musk for disclosing and complying with financial regulation, since most complaints and criticism seems to come from within regions which facilitate the very financial secrecy which is criticised.

Another point to remember is that most countries formerly considered unrelenting tax havens like Switzerland, the Cayman Islands and Panama are actually OECD compliant. Though they still maintain strict secrecy, they have committed to sharing information of any accounts or account-holders should they be instructed to do so by a legislative or regulatory body within the OECD.

If you transfer money across borders or have accounts in different jurisdictions, there’s no way to get around this.

Ironically, the very financial institutions which claim to support these initiatives are making it hard for South Africans to comply. In a world of global information-sharing, it’s odd that most mainstream banks won’t allow the use of electronic signatures or verification. While electronic signatures are considered valid and legal by South African law and by SARS’s own stipulations, these are denied by most banks. As such, many South Africans without access to printing facilities or time to do a massive runaround for admin find themselves on the wrong side of the law without any such intention.

The confusion and vagueness surrounding tax is another factor which inadvertently prompts individuals to transgress. Given the massive job losses and subsequent pop-up of entrepreneurial initiatives in the past two years, it’s unlikely that most sole proprietors or micro-businesses will have any idea how to file their taxes or which taxes to file, and they won’t have the time or money to waste on day-long visits to SARS offices or using the services of third-parties.

But it’s a whole different ball-game if you’ve emigrated.

Though SARS may be more lenient towards lower-income individuals or micro-enterprises who don’t understand their obligations locally, they’ve little compassion for South Africans who move abroad and shirk off their tax responsibilities. This is especially true for those who seek tax relief under double taxation agreements, or simply forego tax payments altogether. They do offer a marginal olive branch in the form of voluntary disclosure and subsequent amnesty – provided such disclosure is made post-haste.

Need help to get your taxes in order?

If you’re a South African living or working abroad and need assistance to sort out your SARS obligations, contact Rand Rescue to see how we can help you get your affairs in order. We can also advise on the best routes for moving your financial assets abroad.

Simply leave your details below and we’ll get back to you.