Why Emigration Is Good For Your Children

31 May Why Emigration Is Good For Your Children

Posted at 07:37h in Uncategorized by admin 0 Comments
0 Likes

How Emigration Can Benefit Your Kids

One of the biggest issues with emigration for families if the fear that our children will suffer as a result of this move. Will they miss out on time spent with their family? Will they forget their own language and culture? Are you causing them emotional harm by moving them away from their safety net? Will your children experience grief, anxiety and depression due to the separation? 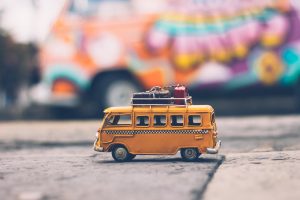 Well, to a certain extent you can answer “yes” to all these questions. Your children will miss out on some things, and such a big move will undoubtedly have some psychological drawbacks – at least in the short term. But although you need to be cognisant of these issues and aware of the troubles they might face, you should also be aware of the positive aspects of emigration and the benefits your children will experience through relocating to another country.

You will undoubtedly have mulled over and researched the cons of relocation and its impact on your offspring – so we won’t focus on those consequences and factors right here. Instead, let’s look at the ways in which emigration WILL benefit your children.

A study conducted by Johns Hopkins University on 11 000 immigrants which tracked them from childhood to adulthood found that immigrant children vastly outperform other native citizens.

Head of the study, sociologist Lingxin Hao, stated that this success rate comes down to the multiculturalism inherent in their early lives. Hao states that these children have a greater point of reference and cultural resources and that they tend to take the best of their varied experiences and cultures and use these diverse tools to excel.

Different cultures have different ways of problem-solving and approaching learning, which means immigrant children have more tools for approaching these problems. Furthermore, Hao pointed out that the parents of immigrant children tend to be more focused on integrating their children in their new communities and take a greater interest in their children’s lives – something which greatly benefits them.

Participants in the study entered it between the ages of 13 and 17 and were tracked until the age bracket of 25 to 32. Their results were measured against an equal number of native-born children in these age brackets and showed a marked higher success rate in school and university.

There’s nothing to be done for one’s genetic makeup or inherent intelligence – these things tend to remain rather static. But there are several ways in which the human mind can be boosted and developed to become smarter in a sense. 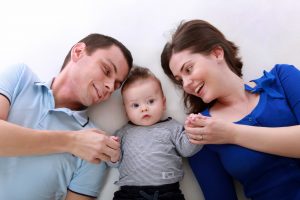 One of these is based on the Sapir-Whorf hypothesis, or linguistic relativity, which postulates that our entire understanding of the world around us is based on our language. Though many languages follow the same “rules” of grammar and syntax, there are minor as well as major differences between them. Some minor differences include switching the verb and object in a sentence.

In Afrikaans, for instance, the language follows a subject-object-verb sentence construction with the verb being added after the subject and object or the infinitive and past particle being split from the auxiliary verb and placed at the end of the sentence, for instance: “Ons gaan winkel toe.” or “Ons het na die winkel gegaan.”, which can be translated directly to “We go shop to.” Or “We did to the shop went.” In English, of course, you would say: “We go to the shop.” Or “We went to the shop.”.

But there are several other major differences in languages spoken worldwide, and these have a marked impact on how we view and understand the world around us. In Turkish and Native American languages, for instance, there are several “simple” past tenses one could use based on your knowledge of the information you’re relating or your involvement in events. In Mandarin Chinese there are no tenses as used in Afrikaans and English while Finnish has no future tense, but Finnish speakers can express the future in different ways (such as accusative and partitive), The native Aborigines of Australia relate the location of all objects or locations in a directional sense – it has always been necessary for these individuals to have an in depth understanding of the location of things relative to other objects or locations which means they must give directions for locating anything and everything relative to space. These tribes also have no word for “thank you” as it has always been necessary for survival to share and give freely to others; thanking someone for something which should be freely given would therefore be moot.

Or you could take the identification of colour, for instance. Several studies have shown that people can literally see only such colours for which they have words. British children familiar with the 64-pack Crayola crayons can distinguish between the colours “brick” and “rust” or “moss” and “sage” whereas individuals with no names for these colours could see no difference between the shades of brown and green.

What does this mean? Well, the more languages your child is exposed to, the broader and more complex their world view becomes and subsequently this improves intelligence.

One cannot predict the future, and of course crime can occur anywhere in the world, but statistically there is no denying that your children are safer elsewhere than in South Africa.

According to the 2017 Worldwide Crime Index, South Africa ranks fifth in the world for crime, after Venezuela, Honduras, Papua New Guinea and South Sudan. In fact, South Africa’s crime ranking is higher than Afghanistan, Syria, Nigeria, Iraq and other regions associated with high crime rates.

The likelihood that your family and children will be affected by crime, and violent crime in particular, reduces significantly once you move outside South African borders.

Your children will have more opportunities and options

This one rather goes without saying, but one of the benefits you can offer your children through relocating to a new country is variety.

It’s not only the spice of life, but your children will have more opportunities as immigrants. From education to vocation and hobbies – by offering them a greater geographical region within which they operate, you give them more options to choose from. They can take up new hobbies or crafts which are only practiced in one region, they can choose to study in their new home or back in South Africa, they can choose trades which are practiced in one area or the other – they simply have a greater scope of options to choose from.

Your children could be better off financially

Many South African expats find that they don’t necessarily enjoy the same luxuries comparatively when moving abroad. Property in South Africa is quite affordable, the cost of living is bearable and we tend to be able to afford better lifestyles within country borders.

But this is a rather faulty comparison to make when moving to another country. For although South Africa offers you a better lifestyle in the short term – over the long term you could gain far greater benefits from a stronger currency and more stable economy.

Your investments, educational policies and retirement plans could bear greater fruit in other countries and you could also benefit from supplementary incentives such as public transport, discounted or free education, lower tax rates, discounted or free healthcare, cheap travel and much more.

Additionally, your foreign currency could also see your travel back to South Africa can be far more affordable than international travel out of the country had been while you still lived on SA soil.

Ready to take the leap?

If you’re interested in giving your children the best life abroad, let Rand Rescue assist you in moving your rands abroad. We have a 100% success rate and offices across the world to assist saffas with moving their money.