Posted at 21:12h in Uncategorized by Dean 0 Comments
0 Likes 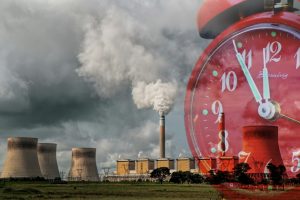 For many South Africans, the thought that we’re heading into another dark Christmas seems not only preposterous, but utterly unforgivable.

And yet the reality is that the country may be dumped in a pit of darkness for years to come. At the end of 2019, not knowing that the coming year would be one of the most taxing in modern history, South Africans eagerly welcomed the news of a new CEO to take over Eskom.

We were told that this foreigner would overhaul, clean up and stabilise the putrid parastatal. After two years South Africans are left wondering why a purportedly successful ‘foreign’ businessman has not delivered on any promise or rectified any of the SOE’s failings…and at what cost he has led SA further down the garbage chute

Is the harsh criticism warranted?

One would think South Africans are quick to anger and rage, but it should be noted that the new Eskom CEO has had two years to make headway. What has he achieved?

In the past two years, Eskom has not only failed to upgrade electricity plants and ensure sufficient power output, but it hasn’t restructured or managed to weed out corruption in any of the ways promised by both its CEO and President Ramaphosa in his State of the Nation address in March 2020.

The lack of transformation is patently obvious, but De Ruyter using our own antics against us seems a bit disingenuous given that this was the exact mess he was supposed to clean up.

De Ruyter claimed earlier in November 2021 that Eskom was being deliberately sabotaged and that malicious damage across their operations was the result of internal dissent.

What are South Africans to make of his leadership then? The two clear routes are that he is either culpable in the corruption and ineptitude which plagues SA’s state enterprises, or that he is incompetent in his position. It doesn’t exactly serve as clarification or stir much empathy that he has stated he would not resign of own accord and will have to be removed from his position.

Although born and bred in South Africa, it seems a deliberate PR campaign or misdirection before his appointment was made to convince South Africans that De Ruyter was not just another divisive apartheid figure who would locals of any faction could criticise for ulterior motives, but an achieved foreign businessman.

We are used to corruption, cronyism, passing the buck and ineptitude in South Africa, but that doesn’t mean anyone is ignorant of these things or that South Africans accept these as indefinite realities.

Before joining Eskom, De Ruyter is said to have earned a salary of over R18-million per year as Nampak’s CEO  in the last five years in his tenure. His credentials are an MBA from Nyenrode Business University in the Netherlands, an both an LLB and BA in Civil Law from Unisa. This information was available on Eskom’s website from December 2020.

De Ruyter had worked in various petrochemical companies over the years in/for countries like Angola, China and the USA and served as President of China Ventured during his tenure in Sasol petrochemicals and at the time of his appointment as head of Eskom, the ANC had praised him while the SAEF and NUMSA dubbed him the ‘white untouchable’.

A primary promise South Africans have held onto was that all the load shedding in prior months were aimed at upkeep and upgrades which would see South Africa loadshedding-free by the third-quarter of 2021.

Problematically, South Africans are not allowed to generate their own electricity without disclosing such generation to authorities, and in suburban areas this generation should either feed the grid, will be levied or may even be banned and penalised.

While South Africa’s legislation is quite progressive when it comes to human rights, our rights to accessing something like solar, wind or water power – resources which aren’t restricted to any geographical resource – are prohibited.

Even in the Western Cape, ruled by the DA which claims ‘progressive and fair’ rulership, individuals aren’t allowed even the use of solar geysers without these being logged and controlled by local government. The regional government imposed the same rules on water excavation, generation, purification and/or collection in the periods where the City of Cape Town was hard-hit by drought and inefficient water supply.

Dr Pali Lehohla, former Statistician-General and head of Statistics SA referred to ‘the Koko’ – a mythical Sesotho entity who invokes fear of God in children. An entity who waits for the dark of night to sneak up on unsuspecting children and eat them.

As Dr Lehohla notes, “The drama would have been an interesting and entertaining encounter of science and leadership training, only if at the centre of it were not a tragic and existential social, political and economic conundrum of Koko the engineer and Eskom the koko of our times.” He is, of course, referring to Matshela Koko, the engineer who had steered Eskom’s course for years and is one of those fingered in the Zondo Commission.

De Ruyter has hinted in the past that Gwede Mantashe, Minister of Mineral Resources and Energy, was deliberately trying to undermine Eskom’s shift from coal to other energy sources. While this may be true, the question remains – if the CEO of Eskom is incapable of managing the utility or standing up to political factions, what is he doing exactly? The question has been asked by many factions and bodies across SA of late.

Indeed, in the corporate world it may take some time to overhaul a company and change its brand positioning and product quality, but this is hardly a private sector enterprise. In any normal public sector position, a person who is incapable of delivering on their promise and unskilled in their task would not be allowed to lead. But perhaps in the upper echelons of business – whether private or public sector – which are beyond the reaches of standard human resource practices, vetting and performance appraisals, actual achievement is as intangible as imagined achievement.

From ridicule to outright satire

Earlier in November 2021, Eskom’s CFO, Calib Cassim stated that Eskom needed the public to take over 50% of their R400-billion debt, since the organisation would not be able to incur additional debt of R130-billion in funding from other countries without their existing debt being halved.

Such a statement, which would sound absurd even to laymen with only the slightest concept of debt and finance, seems par for the course for Eskom. The utility has also announced that they will require a 20% price hike in 2022…no one is sure what this is for.

We have ventured past the point of ridicule to a point of absurdity. Making matters worse is that this statement is more of a ransom note than offhand lament; if South Africans don’t comply, then the inept parties involved in Eskom will simply shut us down and plunge us into darkness. Like all abusers throughout history, they will tell the country that their suffering are their own doing, and they will speak these words from their ivory thrones, acquired on the hardships and toil of all South Africans.

Is it time to relocate?

Rand Rescue can’t impose any rules on your life nor make decisions for your future but – all puns aside – the future doesn’t seem very bright in South Africa.

If you’re looking to relocate, leave your details below and let’s chat to see how we can help you!