Even More Reasons To Emigrate

09 Nov Even More Reasons To Emigrate

Posted at 07:18h in Uncategorized by Dean 0 Comments
0 Likes 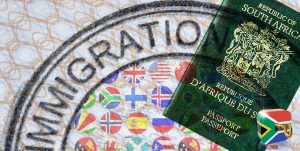 Even More Reasons To Emigrate

The debate over whether to stay and whether to leave has been ongoing for some decades. While most South Africans don’t want to pack up their lives and leave the sunny saffa shores, even the most determined among us must have contemplated emigration at some point.

While those who stay tend to butt heads with those who have already departed, feeling that expats pile undue criticism on SA, and those on foreign shores believe the stayers to look at the world through rose-tinted glasses, the fact of the matter is that both of the arguments have merit.

But your choice to stay or leave cannot be based on the narratives of such arguments. Although emigration is undoubtedly an emotional event, the choices you make need to be based on facts.

Why do most people want to leave?

The most common arguments for leaving South Africa are crime, economic instability of the country, corruption, poor service delivery and limited opportunities for children.

Historically it was true that those who were more inclined to emigrate from South Africa were established white families with a distinct distaste for SA’s ruling party, the tides have changed in the past few years.

We increasingly see young professionals moving abroad, single women, young couples and even established businessmen who already function on an international sphere and are therefore not necessarily driven by crime or family choices are taking this leap. People of all races are jumping ship, so historic drivers for emigration aren’t necessarily the key motivators for the current exodus.

A few factors which seem to drive all South Africans is an overwhelming lethargy with the incompetence in governance.

If the Zondo commission proved anything, it was simply that South Africans are tired of wasting millions in taxpayer money to establish commissions whose only achievements – after years of investigation and hearings – seems to be official affirmation of that which South Africans have known all along.

While a state institution like the Public Protector certainly holds hypothetical value, the question is whether the power of the protector’s office is not merely emblematic; something to appease South Africans with.

Even hard-hitting lawmakers like Thuli Madonsela who managed to garner a significant public entourage could not shackle those evildoers involved in State Capture to the court benches. While Madonsela has been gone for a while and the Zondo commission is one entity who has made headway in holding people like Zuma to account – even they have struggled to hold the former thief in charge accountable. Though Rand Rescue has sought to maintain an objective stance in our commentary and not resort to name-calling, it’s also rather futile not to call a spade a spade.

While we waste years trying to weed through the intricate webs of corruption which shelter the top brass, there are other things circling the jail.

As with the neverending investigation of corrupt officials and their dealings, it seems there will never be an end to State Owned Enterprise (SOE) mismanagement.

How are South Africans to trust that any commission, regulator or ombud can protect their individual rights, when parastatals like the SABC, Eskom, Transnet, SAA and Prasa are not only given a slap on the wrist after each transgression, but are rescued through taxpayer monies each and every time they blunder?

Why would municipalities, police services, home affairs and other public services providers have any concern for their conduct when the bar is set so low? If no one is accountable for anything, then what are taxpayers paying for?

The cherry on top? The audacity of the government to restrict South Africans from taking their own retirement savings out of the country for three years post emigration is a brazen attempt at holding funds in SA and clear retribution for jumping ship. Indeed, they may have positioned this act in the finest and most eloquent lace of euphemism by grouping it under the same category as ‘removing restrictions on cross-border trade’, but this cannot be classified as an easing of restrictions for those who need to expatriate their funds, no matter how you spin the pitch.

A new prompt pushing South Africans to consider relocation is the implications of the Draft Companies Amendment Bill. The bill has been criticised by many business owners and organisations, including Business Leadership South Africa (BLSA).

The Bill has many suggestions which hold promise and are clearly guided by sincere pursuit of economic equality and unambiguous business management:

The composition, setup and monitoring of a social and ethics committee

– Differentiation of duties between entities

– Empowering the court to validate irregular creation, allotment or issue of shares

– Delineating the roles and responsibilities of subsidiary companies

For, as mentioned above, if the government had any interest in maintaining a stance of anti-corruption and clarity, South Africans will have known all the dealings of government, including their expenditure, salaries and affiliations. Likewise, it seems an odd place to start if one’s end goal is transparency. One cannot make offhand assumptions about the rationale guiding the many decisions of late, but a culmination of decisions regulating business and cross-border dealings in the past few years does make one wonder.

There is a fine line to tread between disclosure and exploitation when it comes to the regulation of business, and while some may view the retreat of stakeholders from a region or industry as lassitude, it is oftentimes merely a pre-emptive step against the clutches of over-regulation. High-end investors, stakeholders, shareholders and decision-makers in business are generally held to a far higher standard than those imposed by government (though it should, ideally, be imposed top-down), and any additional restriction or regulation which requires additional disclosure is often just utilised to place additional accountabilities on the shoulders of benefactors.

The predicted collapse of SA’s economy

Portfolio manager Rami Hajjar at Allan Gray made some startling observations about the future of SA’s economy as mentioned in a Business Tech article earlier in November.

According to Hajjarr, South Africa is following the trajectory of Lebanon which is seeing the worst financial meltdown since the mid-19th century according to the World Bank.

While the factors which contribute to South Africa’s own spiralling are far different to the Lebanese economy, there are several overlapping factors which could lead us along the same path.

– A reliance on foreign income

– Trust in the banking sector

We’ve already mentioned the first three points on the list of ‘Lebanese triggers’ which canned their economy, we’ve not delved into the last four points and these are all parts which are particularly worrisome for our country.

Though South Africa may not have been the sole architects of our current economic crisis entirely, we are not the third world inept entity which most foreign nations label us with. We have highly competent economic experts, lawmakers, financial strategists, politicians, socio-economic trendsetters, businessmen and philanthropists – our issue has never been a lack of skill and knowledge, but how incompetence and corruption has permeated throughout our leadership structures, administration and also into the general mindset of our customer care workers.

The hypocrisy of governance

One may take the most staunch apartheid supporter aside and convince them, within a hypothetical situation, of the value of staying, investing and supporting socio-economic upliftment for all. Even equalising the field; such as the calls which have been made to the crown for returning royalties and recompensing South Africans for that which was not rightfully taken (from all races and colours).

One may also convince the most staunch opponent of Apartheid of the value in supporting existing businesses who can maintain economic stability where others can’t and of their criticism towards an inept government. Even opposing widespread regulation, race-based business policies and land expropriation, should their voices be acknowledged, efforts be made to rectify past wrongs, and they be included in the decision-making which they’re usually precluded from.

There is value to all arguments, but they should be taken at their own merit and held between individuals who aren’t engaging to defend or attack – those who seek solutions.

It is hard to mention the biases which underwrite the mindsets of South Africans on either side of the political spectrum, but it’s necessary to do so if we’re to identify the thing which will forever divide us – government.

South Africa has one of the most progressive constitutions, but our constitution is only as powerful as those who allow it to support its people,

Rand Rescue doesn’t want to convince anyone of a particular political stance or persuade any reader to leave or stay. Whatever you choose is up to you.

The changing face of emigration highlights the fact that all South Africans are dismayed at their leadership, and that this leadership is inadvertently driving the wedge between businesses and the public deeper into the space between different factions.

Whether you want to emigrate and need help with your cross-border finance, or simply need assistance with double taxation, foreign exchange, SARS queries or retirement fund transfer – speak to us about your needs. Simply leave your details below and we’ll get back to you.