Expat savings: get out while you still can

21 Aug Expat savings: get out while you still can

Posted at 05:17h in Uncategorized by Dean 0 Comments
0 Likes

Expat savings: get out while you still can

Such is the case with Annexure E of the 2020 budget review and The Draft Taxation Laws Amendment Bill (published 31 July 2020).

Alarmingly, these documents outline (to put it loosely) major changes which will impact South African expats. Rand Rescue takes a look at these changes and how they will impact emigrant retirement savings.

After years of tax increases, misallocation of funds and government corruption, the 2020 Budget Speech was one which injected hope into our hearts. The government would divert more funding towards education and healthcare, taxes would not be raised (and cuts were announced for the most part), corruption would be weeded out, farmers would receive water and protection…even red tape around cross-border transacting would be eased.

Of course, one alarm bell that kept ringing in the back of our minds was where exactly the government planned to recover all the funding to allow for all these major overhauls.

In fact, unless you scour government documents, it’s quite easy to pass over that small bit relating to the treatment of emigrant pensions. Even seasoned tax and financial practitioners have been lost in the maze of vagueness and back-and-forth referencing of documentation. Understanding what SARS and the SARB is seeking to accomplish is feeling increasingly like finding Permit A 38 in the Place that Sends You Mad from Asterix and Obelix.

What we’re referring to, of course, is the government’s intention to lock down expat pensions in the country for 3 years post-emigration.

For many, the assumption was that the global pandemic and economic lockdown would nullify – or in the very least delay – certain contentious issues mentioned in the March budget.

A R500-billion stimulus package (much of which is funded through debt), seemed sufficient motivation to leave non-essential decisions on the back-burner and allow South Africans to catch their breaths. 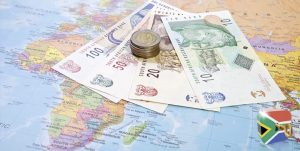 Earlier this year South Africans were peeved to hear the government’s intentions to use pension funds to invest in government assets. Though Tito Mboweni was adamant that they would not resort to prescribed assets, the amendments would call for a regulatory mechanism to ensure increased pension fund investments into government assets. A rather big contradiction.

o add insult to injury, the exchange control amendments would also require South African emigrant pensions to remain locked in the country for a minimum of 3 years post-emigration. SARS and the SARB aim to implement these new regulations on 1 March 2021.

The Explanatory Memorandum states that a new test for allowing lump sum benefit payment would also be introduced. Then there is the matter of whether these changes would apply to pensions, or to all retirement savings.

Several legal practitioners are contemplating the legality of this move – for it seems rather absurd that a non-resident with no more tax obligations to the country would be required to hold funds in this country.

But this is not the only problem. South Africans who emigrate and want to sever ties with the country indefinitely will no longer be able to do so once they exit South Africa. This creates a significant administrative burden as any income or expenses related to these retirement funds will also be liable for South African tax treatment. And if you’re a taxpayer in your new home, your South African pension income and expenses will also be scrutinised.

Indeed, one can still benefit from a Double Taxation agreement, but the administrative hoops you’d be required to jump through are quite cumbersome.

Of course we’re only assuming DTAs will remain on the cards as these murky rules require the disclaimer that we’re all just speaking under correction.

Another significant red flag which underscores this whole debacle is the SARB’s inference that the current tests to determine tax residency would no longer be relevant. If the SARB requires 3 years to change tax residency, this means South Africans would be deemed tax residents for those full 3 years in a foreign country.

It’s problematic that the rules have not been clarified, as this gives South Africans little time to prepare. Moreover, with global lockdown in place those who had planned on emigrating have had to delay their plans and may not have time to complete the financial emigration process. 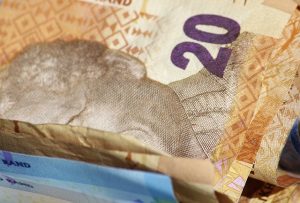 For those who are already abroad, the writing’s on the wall – move your money while you still can. Indeed, you may have been abroad for more than 3 years, but since we don’t know how tax residency will be determined from 1 March 2021, the amendments may very well call for new penalties and leview for those who withdraw their funds after this date.

Financial emigration, of course, is a process which changes the taxpayer’s status from resident to non-resident for exchange control purposes. This allows emigrants to encash savings and assets and transfer the proceeds abroad to reinvest or use for whichever purpose they like.

Many South Africans have avoided this cumbersome process and bargained on a DTA or the residency test to determine their tax obligations thus far. But with tests now under review and taxation on foreign income already active from March 2020, it seems increasingly counterintuitive to bargain on such safeguards.

Talk to Rand Rescue about your options and let us help you rescue your rands.