How To Get Your Citizenship Abroad

01 Apr How To Get Your Citizenship Abroad

Posted at 01:19h in Uncategorized by admin 0 Comments
0 Likes

Though there are a few people who move abroad temporarily, most of us who have gone through the gruelling process of emigration and immigration are probably in it for the long haul. 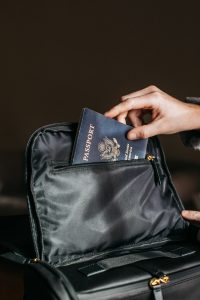 That means that at some stage you will undoubtedly have to complete a citizenship test in your new country. Though the tests and criteria for citizenship vary greatly between countries, we’ll go over some basic rules, requirements and test criteria.

How to get citizenship

As mentioned above, the criteria for citizenship varies between countries – so there will be regional differences to consider.

How fast you will be eligible or granted citizenship will depend on your “ties” so to speak, with the country, and not all countries offer all of these citizenship options:

The fastest route to obtain citizenship would be by birth, should the particular country in question offer this type of citizenship. Birthright citizenship is also known as Jus Soli which translates as “right of the soil” and means that a person is entitled to citizenship of the country where they are born.

The second fastest route in which one can get citizenship is by being a descendant of other native citizens. This principle is called jus sanguinis and posits that one’s citizenship is not determined by where you are born, but what your heritage is.

Different countries have different interpretations and applications of jus sanguinis, but there are some places where you can count on the citizenship or place of birth of your mother, father or grandparents to either score citizenship or speed up the process.

Some countries which offer jus sanguinis citizenship include:

This may not always be voluntary, as certain countries do not permit dual citizenship. Consequently you may forfeit your old citizenship by default when you become a citizen of another country, or conversely, your new country may expect you to renounce your existing citizenship for new citizenship to be granted.

Countries which do not allow dual citizenship include:

The countries where citizenship can be acquired by naturalisation in the shortest time include:

You should remember that there will be other requirements to be met for you to gain citizenship. Some countries work with point systems, and some offer concessions for unique cases.

Things you may be vetted on include:

The investment value, of course, is another quick fix for affluent persons or business savvy individuals who want to fast-track the citizenship process.

This option grants citizenship to individuals who make significant investments in the country where they are applying for citizenship OR aim to launch or develop businesses, programs or other professional initiatives in this country which will have a significant economic and social benefit for the country.

One popular method for gaining citizenship which has also come under much scrutiny is citizenship by marriage. Some countries offer fast-tracked naturalisation to foreign spouses of local citizens. It should be noted that due to widespread fraud under this type of citizenship application. If this is you – then be sure that authorities will be digging around in you and your spouse’s backgrounds and relationship to establish its authenticity and the validity of your case.

Then, of course, there is citizenship by concession. Governments may grant citizenship to foreigners based on their status – whether they are professional athletes, famous chefs, world-renowned scientists, hollywood movie stars or pop idols.

Remember that your citizenship application may be deemed far more favourable if you have proven your dedication to your new country and your intent to stay there. One such move is to emigrate financially from South Africa. This process will not affect your South African citizenship – but will merely make you a tax resident in your new home. And governments tend to like people who pay their taxes.

If you need help with the process, remember that Rand Rescue has the skills, tools and resources to manage your financial emigration on your behalf. But why not contact us for a free consultation where we’ll explain your options and the processes required for your individual financial portfolio.