Posted at 10:04h in Uncategorized by admin 0 Comments
0 Likes 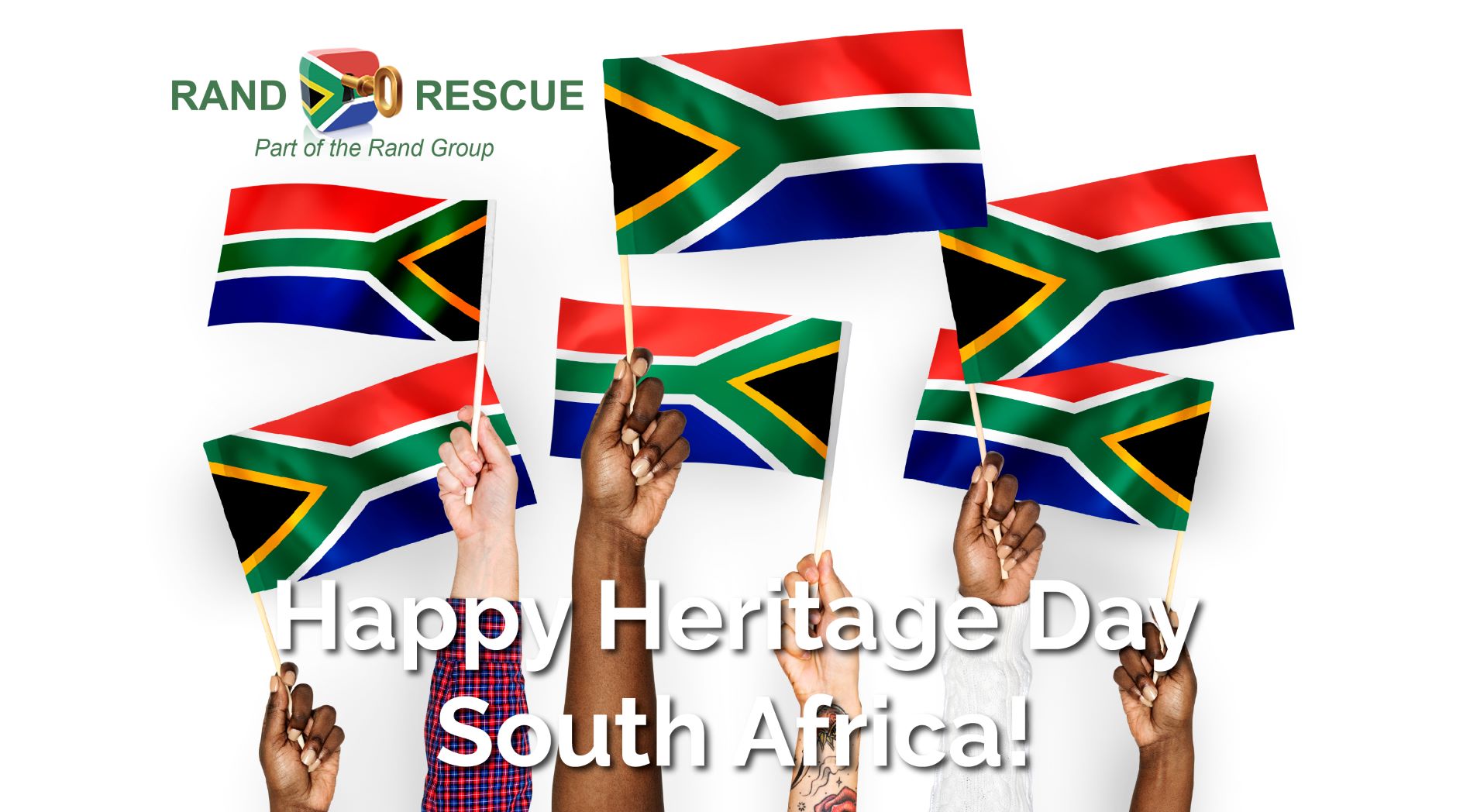 What things remind you of your country and put a smile on your face? What are the things which infuriate you or make you double over in laughter? Thinking of home may make you sad or happy, but you will never be able to shake it completely.

Which is why we want to honour our heritage this month. Here are some things which are perhaps not all ‘proudly’ South African, not all funny, not all describable, but remind us of our motherland!

Code-mixing is a given

South Africa is but one of many multilingual societies, and yet there are few places in the world where code-mixing is so pervasive. Code-mixing, of course, is the linguistic phenomenon where users mix different languages together in their communication. Though language purists will put forth that it’s wrong to do so, there’s absolutely nothing wrong with code-mixing and it is part of the colourful tapestry which makes up our country.

Whether rugby, cricket, swimming, athletics, Formula 1, football, netball, hockey or extreme sports—South Africa is up there with the best.

As a developing country, we’re one of the only nations to have fought and stood victorious in many sports. We can think back on our ‘olden’ sporting giants, including:

But what is one of the most pivotal moments in South Africa’s history? Without a doubt, if you ask South Africans today what they remember after the establishment of a democratic nation, it’s the 1995 World Cup—South Africa’s first world cup after being banned from international participation and also its first try at host nation.

The rugby world cup brought together South Africans of all creeds to band together as one and saw us win the cup. But more than anything, it healed a broken nation. As Nelson Mandela says in the clip below, “Sport speaks a language that is understood by everybody, througout the world”. Or in Jonah Lomu’s words: “They had Nelson Mandela on their side, they had their country, they were finally united, it felt like they were fifteen players, playing a couple of million people at a time.”

Heard the story about the foreigner who visited South Africa and got directions? He ended up driving for hours looking for the robot and the sho’t left and never reached his destination (And that is a true story!)

Indeed, South Africa has unique slang terms and definitions for words which aren’t found anywhere else in the world.

Here are some translations you can give to your non-South African friends for a lekker laugh:

Then, of course, there are those words which have no equivalent in other languages, or ones whose meaning we’ve adapted to suit our own purposes.

If you interject a sentence with “ag shame”, any South African will tell you that it’s a term of endearment or sympathy, whereas its traditional meaning is one of revulsion. Or try explaining to your foreign friends what ‘mos’, ‘lekker’, ‘ja/nee’, ‘sho sho’, ‘tjaila’, ‘ubuntu’, ‘schweet’ or ‘eish!’ mean.

We’ve even reappropriated the word ‘now’ to mean any indefinite measure of time in the future. Naai my bru, I said I’d be there now-now.

See how a South African and American try to get a hang of each other’s vernacular:

From Tolla van der Merwe and Jan Spies to Trevor Noah and Nik Rabinowitz, South Africans have always had a sense of humour. Whether in talk shows, movies, stand-up comedy or even our Nando’ advertisements—humour is the thing that makes us heal and deal with the stresses of South African life.

Remember that Nando’s ad which had been banned at some point? Well, the occurrences of the past few weeks have unearthed the advertisement once more…

One thing most foreign visitors find astounding is how amiable South Africans are. For a country with so much bloodshed, crime and corruption, tourists are amazed by the way normal South Africans embrace each other, both within and outside country borders.

And so, in honour of pranking the greatest SA prankster, here is a clip of Rob van Vuuren pulling the wool over dear Mr Schuster’s eyes.

As with other cultures, South Africa’s culture is overwhelmingly affected by—and entrenched in—food! We’ve an eclectic mix of dishes which are truly safafrican and those dishes with foreign roots have been adapted over time to become truly South African.

Not a dish, per se, but an event, and one which takes place at least once a week (come rain or shine).

What’s a braai without a braaibroodjie with it’s traditional layers of cheese, tomato and onion?

A Capetonian footlong filled with your choice of protein as well as salad and slap chips.

Step aside grits, and have yourselves some wholesome mealie pap and traditional South African cooked relish!

This cinnamon-flavoured baked custardy pie is another staple of South African homes.

No party can go without this condiment! And don’t those foreigners dare give us jerky. Nothing compares to the spiced, marinated and dried meat known as jerky in SA.

Two treats with different recipes and flavours but an equal fandom! The one, a knotted doughy treat drenched in syrup, the other a syrupy deep-fried dough coated in cinnamon-sugar and/or coconut.

Those of us who remember church bazaars will also have memories of bobotie in little takeaway cups or trays. This Afrikaner-Malay treat is a favourite for many.

Where else will you get a shooter named after the South African rugby team? Yup, only here. This is why the peppermint liqueur and Amarula shooters are such a hit!

Stew? Nah! Who wants stew? Give us a fire, a potjie and some meat and veg and we’ll cook up a storm for the whole family.

Something many people haven’t tried, but a treat for South Africans since the worms only feed on the Mopane trees of Southern Africa.

A treat for select palates. This dried and salted fish treat is a favourite along the west coast.

Though chicken feet are eaten across the world, it’s a favourite among South Africans in all nine provinces.

Yes, yes, entrepreneurship is not limited to South Africa, but many foreigners from first world countries have admitted that they stand in awe of the ingenuity and innovative nature of South Africans.

It’s simply part of life for saffas to have a side-gig of some kind. Whether we’re building garden planters, playing music on weekends, selling blankets, making beaded decor, lecturing or waiting tables part time—we’re all doing something else. It is, perhaps, part of the reason why we’ve excelled as a third-world country in the first-world markets.

So which discoveries, inventions or creations are proudly South African? Here’s a list of some of our proudest Saffa things:

We’ve a South African on the NASA team prepping for the Mars exploration, saffas in Hollywood, and as a fun extra, a South African gymnast also holds the Guinness World record for the most single-handed hand ‘springs’:

Though it may be so natural for us, it seems one of the hardest things for foreigners is getting the saffa accent right.

Most actors try to do the AE or BSAE accents in film, but most also fail horribly. In fact, even South African actresses like Charlize Theron seem to have ‘unlearned’ the accent over time.

There’s Val Kilmer in the Saint, who absolutely massacred whatever vernacular he was pushing for, the horrid excuse for a dialect that Patsy Kensit, Joss Ackland and Derrick O’Connor attempted in Lethal Weapon 2, and no one has any idea what Dwayne A. Thomas was going for in the series the Americans (Congo-gerian?).

Truth be told, many actors have stated that the South African accent is the hardest accent to master, including David Tennant in his interview with James Corden:

Most people who attempt it push out a mangled mess of Kiwi, Cockney and German.

And for those struggling friends, South Africa’s Sharlto Copley—who’s starred in films like District 9, Elysium, the A Team and Hardcore Henry—has some pointers…

Thing is, we don’t really care if people get the accent wrong. We love it all the same!

The songs of our people!

South African music has been as divisive as it has been unifying over the years. We’re a mixed bunch, and throughout our history, our songs have been the hearts on our sleeves.

Sadly, much music had been obscured, censored or even destroyed by the previous government, but nothing managed to keep South Africans quiet. We’ve produced some amazing talent worldwide.

If there’s any more to be said, we can find it in America’s Got Talent, where the Ndlovu Youth Choir from South Africa has made it to the 2019 finals with their rendition of Whitney Houston’s Higher Love.

No matter the hardships, bitterness or other woes that have befallen SA expats or those still in SA borders—our heritage is still special and worthy of celebration. We wish all our fellow saffas a happy Heritage Day on 24 September.