How Zuma Affects The Rand

12 Nov How Zuma Affects The Rand

Posted at 09:44h in Uncategorized by admin 0 Comments
0 Likes

Zooming In On Zuma – SA Politics & The State Of The Rand

It seems South Africa’s most infamous celebrity cannot get enough of the press. In fact, in the past two years, it seems our president cannot seem to stay out of the limelight – and sadly the media coverage has hardly been for good reasons.

In the wake of yet another cabinet reshuffle and indications of an impending court case, we weight in on the Zuma saga and what it means for the rand. 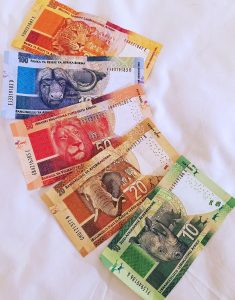 Another shuffle in the RSA cabinet scuffle

It seemed somewhat miraculous that President Zuma would grab another reshuffle card from his deck of cards, and yet this is exactly what we saw in October 2017.

Of course, a single shuffle would not be all that devastating for most countries, but following the financial ministry musical chairs we’ve witnessed in the past few months, the move is not only callous but almost comical.

In what some see as a move to push South Africa’s nuclear aspirations, the presidency had moved former Minister of State Security, David Mahlobo, to top position as the minister of Energy. His predecessor, Mmamoloko Kubayi,on the other hand, was moved over to communications.

Lawson Naidoo from the Council for the Advancement of the South African Constitution stated matter of fact in an interview that this points towards Zuma’s interest in securing a nuclear deal with Russia’s Rosatom.

The implications of such a reshuffle, of course, places even more strain on the financial ministry which has been scrambling about to maintain the national budget.

Although South Africans don’t quite have the clout to take the president to court over another reshuffle, it seems the Supreme Court of Appeals’ decision to hold president Zuma to his corruption charges may well provide countrymen with the power to oust the president.

Of course, if the motions of no confidence of the past are anything to go by, this will not be an easy task. One should also consider the time involved in managing a case of such magnitude. In 2009, President Zuma 783 individual criminal charges which had been handed to the president were set aside. Following years of investigation and appeal, the supreme court ruled earlier this year that the motion to set aside these charges was irrational and the charges will subsequently be reinstated. The charges were removed by former prosecution head, Mokotedi Mpshe, whose antics had now been found to have been based on incorrectly applied legalities – deeming the withdrawal of the criminal charges as illegal.

Not only will the president have to face these reinstated charges, but he had been ordered to pay the legal costs incurred by the courts for the past few years.

Of course, paying back any money is not something South Africans will hold breaths for, but it is a slight silver lining in the Zuma debacle.

Are the heads really rolling?

Another rather big surprise for South Africans was the revelation that the Federal Bureau of Investigation (FBI) had started investigating US links to the Gupta family.

This, along with the KPMG shocker which revealed the auditing giant’s hand in widespread corruption involving the Gupta family, points towards a global network of possible criminal activity, corruption and racketeering.

But as mentioned above, such an intricate network of criminal activity with the heaps of charges and investigations they are likely to rack up are not likely to be resolved in a day or two. And if the heads will roll, we can be sure that unlike rolling stones, they will roll down the hill at a steady pace – and gather some moss.

What does this mean for the South African economy?

Most analysts believe that the repercussions of these investigations and charges are likely to take years to resolve. In essence, South Africans should not expect president Zuma to be ousted before the next general elections, and even if it does happen by some miracle – the paying back of any moneys should not be expected.

This does not bode well for the South African economy which has faced blow after blow in the past few years. For although international sentiment in South Africa taking a stand against corruption may be a positive, international investors are not likely to hedge their bets on an economy with such widespread internal skirmishes.

It should be noted that the rand made a slight comeback following the SCA’s decision to reinstate charges against president Zuma, but while he is still at the helm of the country, such positive sentiment is not likely to make any noteworthy boost until the matters are resolved.

Our advice for your rands – rescue them

Unfortunately, though this story is starting to sound quite repetitive, the best advice Rand Rescue can give is to safeguard your precious savings by moving it to your home.

According to the Organisation for Economic Co-Operation and Development’s forecast for South Africa, South Africans should not expect any economic improvements before the end of the year, and the organisation has further predicted only a moderate improvement in 2018.

The organisation’s statistics measured from 2000 to 2017 pointed towards a steady decline in GDP over the nearly two decades, with weak demand for exports, low investments and government consumption which exceeds our budget.

Economists have further warned that the political uproar feeding policy uncertainty further hampers economic growth. In sub-Saharan Africa, the IMF has pointed out that the entire region’s growth had been hampered by South Africa and Nigeria’s low economic growth. Where the rest of the region attained a growth of 4.4% in 2017 with predictions for further growth of up to 5.1% in 2018, South African and Nigeria had managed to wane down the growth of the entire region to a mere 2.6% in 2017, with forecasts barely touching 3.4% for the region overall in 2018.

Many Rand Rescue clients have therefore decided to play it safe by repatriating their funds abroad. Whether this be in the form of investment funds, retirement savings or other assets – it just seems like a smart decision to keep your money close until the dust has settled.

If you need assistance with your cross-border transfers, foreign exchange or financial emigration, talk to us about your needs and we’ll offer you a free assessment and consultation to determine your options.