Is Afrikaans a Dying Language? World Language Facts and Stats 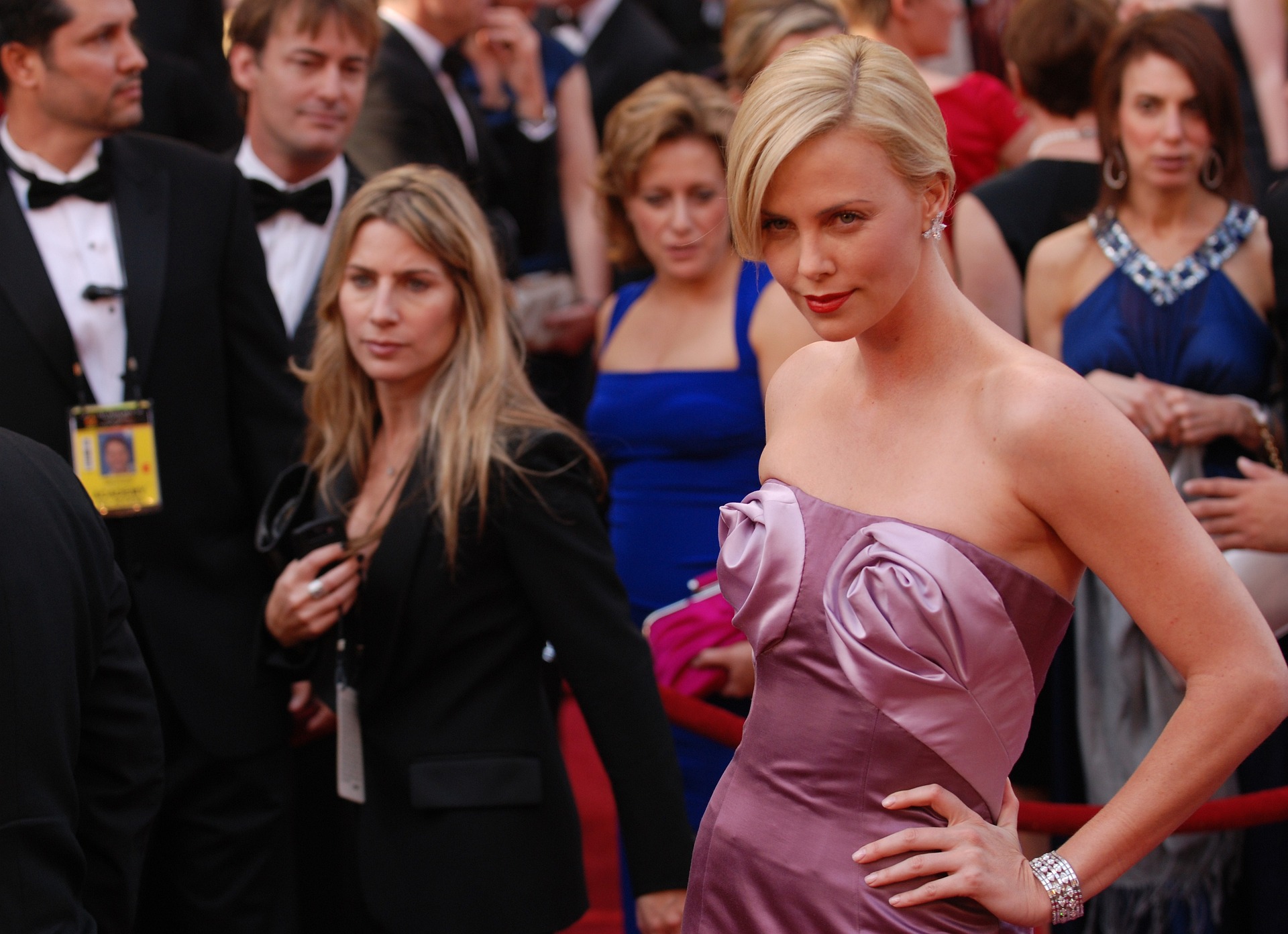 Posted at 03:49h in Uncategorized by Dean 0 Comments
0 Likes 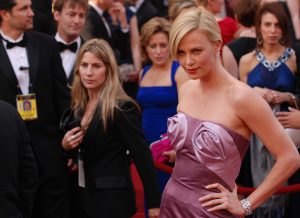 Is Afrikaans a Dying Language? World Language Facts and Stats

Charlize Theron has landed herself in hot water this month with comments about Afrikaans. In a podcast interview with SmartLess hosts Jason Bateman, Will Arnett and Sean Hayes, Charlize jokingly retorted that there are only about 44 people who still speak the language and that it’s a dying language which isn’t very helpful.

While many claim that it was said in jest and should be viewed as satire, Afrikaans speakers across the world were up in arms – stating that satire doesn’t need to be disparaging.

The debate about her comments is still raging, with support and critique placing people in two camps. Rand Rescue takes a closer look at her remarks with some insights on Afrikaans and other world languages.

It’s no secret that Charlize Theron has long since let go of her African roots. The most telling part of this is that she has proudly accepted the US pronunciation of her surname Theron as “θɛrən” and not the actual pronunciation “tɾɔn”.

While she has maintained her South African citizenship, she has lived in the USA for decades and became a naturalised citizen in 2008. Discarding her SA roots may have less to do with culture and work and more to do with the traumatic upbringing she suffered. She has often spoken about her mother shooting her abusive father in self defence.

Her comments may also have sprung more from ignorance than any kind of ill intent. Some of her past remarks include that Afrikaans is a Dutch dialect

It’s not the first time Charlize has commented about Afrikaans not being in popular use, although her numbers seem off each time she notes this. In an interview with James Corden on the Late show in 2018, Theron stated that only around 3% of the world speaks Afrikaans. Ironically, while she wanted to make the point that few people speak it – 3% of the world is a far higher number than the actual percentage.

The truth about Afrikaans

So what’s the truth about Afrikaans? Is it a dying language? Is it dying? We look at some interesting facts and stats.

Indeed, Afrikaans is not a dying language – it is spoken by more than 8,4 million first-language speakers and an additional 10+ million people worldwide. And according to statistics SA, the number of first language and second language speakers has been steadily growing each year.

Afrikaans isn’t exclusive to white South Africans like so often touted and is growing among non-white speakers. A decade ago the Institute for Race Relations already indicated that census data showed Afrikaans was growing and that only 40% of people who spoke Afrikaans at home were white. By 2017 this number had grown to 60%. That’s right – 6 in 10 people who speak Afrikaans as home language are Black, Coloured or Indian.

Afrikaans is spoken in different countries

Afrikaans may have originated in SA, but it is spoken in various world regions, including:

One of the most interesting groups to speak Afrikaans are the Patagonian Afrikaners – descendants of Boers who moved to the Chubut region of Argentina in 1902. According to a study published in 2020, many of their descendants now live in Comodoro Rivadavia and Sarmiento and maintain a strong Afrikaans identity.

The study also reveals that Afrikaans use is taking far longer to decline among these descendants than other languages – with lower usage only starting after four to five generations – as opposed to the common three-generation chronology which is the trend with other languages.

Afrikaans words have also entered foreign languages due to socio-political connections. For instance, a paper by Anna Coetzee, Russies en Afrikaans se gemeengoed: internasionale woorde en ander leenwoorde explains how Afrikaans and Russian adopted several terms from each other over the past century.

Afrikaans is offered as a subject in Russia, Belgium, Poland, the Netherlands, Austria, Germany, the USA, Namibia, Austria and the Czech Republic.

Afrikaans is not a Dutch dialect

While Afrikaans was perhaps most strongly influenced by Dutch, it has a wide berth of influences, including:

This doesn’t mean Afrikaans is a ‘mix’ of these languages. While most languages descend from other existing languages – once they develop their own lexicon, grammar and syntax and are used by numerous people over time they become languages in their own right.

Afrikaans is a useful language

This is rather obvious, but no language is useless. Not only is Afrikaans used as language of instruction in many schools, but streaming services like Netflix, Showmax, Amazon Prime, Hulu, Spotify, Youtube, Disney+ and Apple Music have revived the film and music industries in SA.

In fact, in March 2022 Netflix alone pledged more than R900 million to the South African creative industry at the 4th Annual South African Investment Conference to boost production of South African film and series. While this is not limited to Afrikaans productions, we’ve already seen a maelstrom of new Afrikaans series and films.

Moreover, SA film star Arnold Vosloo (star of The Mummy), returned to SA in 2020 after 30 years in Hollywood – stating that he’d wished to return for ages. Vosloo even brushed up on his Afrikaans to star in numerous local productions and aims to focus his talents on his home country in future.

Words like apartheid, veld, meerkat, aardvark and trek are commonly used across the world and were all borrowed from Afrikaans. Meerkat and aardvark became common terms due to their names as military vehicles which were adopted into the US military in particular. “Trek” used to refer to hiking refers specifically to the “Groot Trek” and has been used internationally when referring to expeditions or long hikes.

Afrikaans is accepted and embraced by numerous cultures, including Judge Mandisa Maya who defended the right of Afrikaans in her unique isiXhosa judgement.

Afrikaans is the youngest language in the world

While people may dub it a dying language (mostly due to cultural and political clashes), Afrikaans is considered the youngest official language in the world to date and its death is not foreseen for several years.

The key to its survival, however, lies in a joint effort between the opposing views of its users in terms of race, culture and identity > everyone should embrace it.

Languages of the world: facts and stats

Languages are to be celebrated – no matter their origins or lack of mainstream usage. Language carries parts of human history and culture with them and there is no point in time where we should feel comfortable with denigrating any language or claiming that one is better than the other. The primary goal of language is to facilitate effective communication. The writer and researcher Yuvul Noah Harari postulates that language was the very thing that created society.

So let’s look at some interesting facts about languages around the world.

In 2014, there were only 25 fluent Kutenai (Ktunaxa, Kootenay or Ksanka) speakers and 20 semi-fluent speakers in the world. This was down drastically from 220 in 2010.

Kutenai has 28 different letters in its alphabet, these are based loosely on the Latin alphabet and grouped accordingly:

Spoken by less than 900 people in 8 villages in Russia, Archi is unique for its grammatical complexity – particularly when it comes to verb forms. Each verb can form nearly 1,5 million conjugations which means you have to be very precise with your phrasing.

!Xóõ is the world’s most difficult language

Not only can the language not be transcribed via any mainstream alphabet, but it turns the tables between consonants and vowels. Spoken by around 3 000 people, the language has more than 100 consonants produced mostly through clicks and more than 40 vowels. It doesn’t use variable intonation like other languages and only relies on two tones – high and low –  to convey meaning.

Chalcatongo Mixtec has no yes/no option

Most languages in the world offer parties in a conversation an opportunity to simply answer ‘yes’ or ‘no’ to a question. Chalcatongo Mixtec, spoken in Oaxaca, Mexico, doesn’t facilitate the asking or answering of questions which offer the option of simply stating yes or no.

While Pitjantjatjara is spoken by around 3 000 Aboriginal people in Australia, it’s the writing system which is unique. The language requires the addition of colons (:) to modify the pronunciation of vowels and underlining (_) to modify consonants.

That’s right, this language has no ‘spoken word’ in the sense that we know. Used on La Gomera in the Canary Islands, Silbo Gomero is used to communicate over vast distances. Each whistle can travel up to 5 kilometres if aimed in the right direction (using echoes into ravines, against cliffs and through valleys). Silbo Gomero was initially used to communicate only messages of public importance, but eventually morphed into a more complex system of phoneme whistles. The whistles are based on Spanish phonology and the language was declared a Masterpiece of the Oral and Intangible Heritage of Humanity by UNESCO in 2009.

Listen to this remarkable language here:

Tuyaca has more than 100 genders

While the LGBTQIA+ community may feel chuffed, it should be noted that Tuyaca’s genders don’t necessarily relate to genders as understood socially in modern society – they’re related to objects and ‘things’.

Another unique feature is that the language allows users to express their grasp of the content under discussion through the word endings or suffixes.

Rotakas is the simplest language in the world

One of 830 languages spoken in Papua New Guinea, Rotakas is so unique due to the uncontactable nature of the people and language.

While some languages rely on an extensive range of letters, nuances and lexicons, Rotakas uses only 12 letters with 12 phonemes to convey most everything the speakers want to say and lacks nasal sounds entirely.

Choctaw uses verbs as adjectives and relies on affixes

Choctaw means ‘red people’, which may seem rather odd to English speakers who used to depict Native American people as ‘Red Indians’. Its history is filled with heartache and yet also rich with cultural heritage.

The language is quite unique since verbs can function as adjectives and have up to 3 prefixes and 5 suffixes. Languages which ‘compress’ meaning into one word through prefixes and suffixes are called ‘agglutinating’ languages. Due to the diverse scope of affixes and variability of verbs, Choctaw is considered one of the most unusual languages in the world.

Well, this may not be precise – but we speak the language of the South African expat – the language of finance. We can assist in moving your funds across borders with ease and even have staff with Afrikaans roots to assist.

Simply leave your details and we’ll get back to you.