Why Migration Is A Good Thing

16 Mar Why Migration Is A Good Thing

Posted at 01:24h in Uncategorized by admin 0 Comments
0 Likes

Immigration has had a bad wrap in the news of late. And we are not simply speaking about the pro- or anti-immigration debate; the existence of such a debate and proliferation of such debate is what is worrying for the divisiveness it stirs.

The anti-immigration camp believes in sustaining local economies, talent and stability through a nationalist approach. These people are not necessarily against foreigners or prejudiced in any way, but believe that immigration should see strict regulation and vetting. 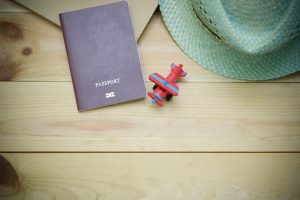 There are valid arguments to support stringent regulation, but such arguments are quite common – a simple Google search will lead you to a rabbit hole filled with heated debate on the subject.

For this article, we’d much rather consider the positive consequences of migration.

Most environmentalists, botanists, zoologists and other scientists working with nature and animals are vehemently opposed to the introduction of foreign species into an ecosystem. Their concern is not unfounded – as alien species can introduce new bacteria or chemicals to the mix which endemic species may not be able to tolerate which may harm them. In other instances, new species may not have natural predators in the new ecosystem which could lead to overpopulation or strip the ecosystem of certain organisms in a food chain.

But, scientists will also tell you that the earth’s biodiversity – and unique regional biodiversity – is the result of millions of years of migration. As different species crossed international borders and natural borders, these species adapt to their new environments, and through a process of evolution those organisms within the species who are better geared for survival in that region tends to pass on their genes to the next generations – forming entirely new species or divergent breeds within their species.

Thus, if all organisms of a particular species had in the same ecosystem for all eternity, we will not have seen the remarkable biodiversity we do today. Whether you consider homosapiens, dogs, ferns or vegetables – the diversity is a result of migration.

On another level, migration also offers secondary introduction of new species into an environment – such as birds spreading seeds or birds spreading pollen – and these new organisms also add to the biodiversity of a region.

Human migration has not just seen us benefit through trade with foreigners, but it can also be seen as a result of such trade.

For eons, humans have travelled to distant places to find useful materials, artefacts or ingredients. We’ve traded in fabric, spices, metals and food. We’ve nurtured relationships with foreign traders and learnt the art of negotiation and collaboration in the trade process. We’ve established foreign relations and economies based on supply and demand. For although we’ve become more adept at manufacturing, processing or cultivating foreign materials or organisms in our own regions – the fact remains that certain produce, services or minerals are simply not as abundant, as easy to process, transport or assemble everywhere. 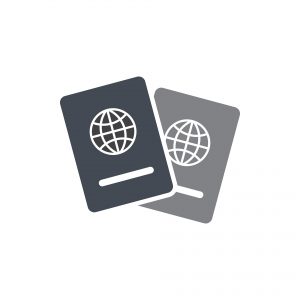 Migration has therefore not only given communities access to products and items not locally available, but whole groups have migrated to specific areas where they could re-establish their communities with the aim of cultivating or manufacturing a certain regional product.

As with trade, regional communities – often due to circumstance, climate or by accident – tend to acquire skills and knowledge not necessarily found elsewhere.

Throughout the years migration has been pivotal in the sharing of knowledge, improvement and adaptation of such knowledge and, unavoidably, advancements and progress throughout all industries and trades in the world.

Knowledge shared between individuals had not only served as a “swapping” whereby each individual could now use the other’s knowledge according to the strict rules and guidelines which had been offered, but it offered humans the chance to collaborate and combine knowledge to create new things – to innovate and invent.

As with biodiversity, migration has had a remarkable impact on human genetics. For as humans had evolved in different ways throughout different regions, their genetic coding for their tribe, race or country had created discerned distinctions. Such distinctions serve to broaden the genetic pool.

Genetic diversity is crucial for many reasons – not only is it capable of eliminating certain genetic preconditions through introducing genes which are not predisposed to such conditions or illnesses, but it also serves to strengthen human immune systems through introduction of foreign strains of bacteria, to diversify physiological traits and eliminate deformities or syndromes caused by inbreeding.

One cannot consider the effects of migration without looking at the social aspect of it. Humans are a social species, and through our migration we’ve been introduced to cultural, religious and social divergence which challenge us to learn new social skills, act with empathy and develop advanced communication skills.

Had the world consisted of one culture with one language, belief, norms and values – we will not have had the intellectual development, scientific or philosophical advancements and establishment of political systems. Migration has afforded all humans the opportunity to step outside the confines of their existing lives and heritage to find alternate clans or kin who appeal to them.

Remember to contact Rand Rescue if you wish to move your money  to your new home. We have an impeccable track record and can do all the leg work on your behalf.