Posted at 01:31h in Uncategorized by admin 0 Comments
0 Likes

How Language Affects Your Finances

Money is money, right? I mean, no matter where you are in the world or what language you speak, everyone has the same idea of buying, selling, saving and investing, right? 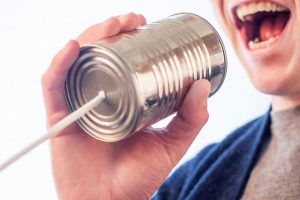 Well, that is not true. And, unfortunately for those of us who speak English or Afrikaans, for instance – our language predisposes us to bad saving and spending behaviour. This predisposition is linked to these languages being categorised as “futured”, or quite simply – our languages having tenses. We have a yesterday, today and tomorrow – and this is our Achilles heel.

Before we break down futured and futureless languages, let’s backtrack a bit and explain the theory of Linguistic Relativity.

This theory posits that our very understanding of the world and the way we interact with it and behave. Essentially, we understand the world through our language structures. Some languages force people to make significant distinctions in the way they refer to people – such as Mandarin Chinese, where one cannot simply refer to your uncle, but have to specify whether he is on your mother or father’s side, whether he is an uncle by marriage or not and whether he is older or younger than his sibling (your parent). This understanding of who people are and where they fit in is transferred to one’s reference to all people.

A group of aboriginal people in rural Australia, on the other hand, cannot communicate without employing spatial cognition into their sentences or words. What this means is that their language, at all times, conveys where one person, event or thing is relative to another. Since these people are known to travel vast distances without the help of GPS systems or maps and with few and far settlements in between, their language necessitates that they communicate about themselves, their emotions and events or actions spatially – to place these things contextually within their environment. It has simply been crucial for these people to form their language so as to facilitate an understanding of their position and orientation in space relative to the world or things around them. 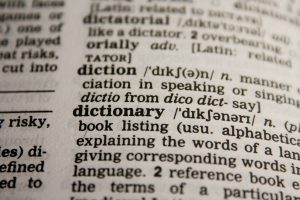 Then we can compare languages which employ various gender-based markers which others don’t. German and French, for instance, enforces grammatical gender which requires speakers to specify genders for things which English speakers would not assign gender to. For instance – in German you would use “die”,  “der” and“das” to impose either a masculine, feminine or neuter gender to inanimate objects. In English gender is only specified in pronouns – such as “he” and “she”. It would be absurd for an English speaker to think of a chair, bottle or piece of bread as having a gender.

Further linguistic studies have shown that people with more complex descriptions of things like colour are essentially more capable of discerning between different colour or hue variations than those who do not have the words for it.

According to linguistic relativity and the Sapir Whorf hypothesis (which has been discarded by some linguists and later revived through neo-Whorfism theory) – our understanding of the world and our thinking is directed by how our language allows us to think and feel about it.

When it comes to futured languages like English, you would be compelled to specify events, beliefs and intentions on a time-scale. You would specify whether something occured in the past, is occurring in the present or will occur in the future. The structure of our language does not allow us to ignore this.

The difference in the behaviours of people speaking futured and futureless languages is that one group is forced to divide their thinking into three distinct groups – past, present and future, whereas the other group does not make this distinction.

When behavioural economist, Keith Chen, studied the savings and health behaviours of futured vs futureless language speakers in different areas of the world, he discovered remarkable differences.

Since futured language groups can separate the present and future, the future also becomes an abstract concept – it is removed from the now and therefore something which could be set aside. The research and data showed that futured language speakers find it far harder to plan for the future, save or prepare for things occuring in the future. Futureless language speakers, on the other hand, do not speak about the future as something which is removed from the present, and they were therefore up to 30% less likely to participate in destructive behaviours or habits like smoking, having unprotected sex or suffering from obesity. They also tended to save 30% more money per year and retiring 25% more savings on average than futured language speakers.

Changing how you think about the world

Of course, changing how we think about and understand the world is not that easy if we are, indeed, predisposed to thinking in this manner.

It will therefore take a conscious effort on your part to link your present and future – you will have to force yourself to consider that what you’re doing now is linked to what you’ll be doing tomorrow. As a parent, once one is aware of linguistic relativity, one can make an effort to address these differences or shortcomings in our own language by filling those gaps with teachings about savings, taking care of one’s health and so forth.

There is another option though – which lies in the problem itself – learning another language. In learning languages with different structures you’ll be gearing your mind to understand the world in different ways and approach problems from different angles. As an expat, you have even more incentive to learn different languages, as it would also ease your assimilation into the local society and culture and bridge gaps in understanding.

Plan for tomorrow – save today!

Rand Rescue is here to help you. Although you may have been delaying the inevitable, it is important to consider why you are putting off certain financial decisions. South African expats stand to see significant increases in their retirement savings by transferring these savings to their new homes. This is due to stronger currencies, better interest rates as well as optimised retirement schemes available in many countries abroad.

If you still have financial assets, pension funds or retirement annuities left in South Africa, talk to us about your options and set the ball rolling for a more prosperous future for you and your family.