Posted at 04:25h in Uncategorized by Dean 0 Comments
0 Likes 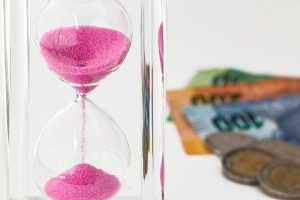 When discussing retirement and retirement funding in SA, matters have hardly been rosy – no matter which period you refer to.

Of course, much of the hazard with retirement planning has to do with longevity. Most investments have far shorter terms than retirement funds, and rules around encashment and diversification of other investments are also more lenient.

Pension assets are deemed pooled investments and not treated as individual investment assets on investment managers’ balance sheets and though this hypothetically offers more secure long-term yields, it can be problematic.

Most organisations in the public or private sector entrust employee pensions to financial institutions and offer their employees a choice of pension investment. These choices are usually quite limited, for good reason.

These choices are usually restricted to a few low, medium and high-risk funds, a choice of investment distribution as a percentage of monthly contributions, tax treatment and the apportionment of the net investment as part of one’s pensionable salary.

In short, you usually have a choice of how much of your salary you want to invest in your pension (within mandatory limits), how you want to split these contributions among fund options, and the frequency of taxation, depending on the type of fund. Most employers also restrict these choices in line with pre-determined age-brackets: the older you are, the less choice you’ll have over the percentages.

Some companies offer few or almost no options to employees as to their pension contributions and investments.

These rules are generally aimed at ensuring sufficient funding for retirement age. Most South Africans are simply not financially savvy enough to take charge of their own retirement investments, and government also imposes specific rules and regulations for the management of retirement savings in order to safeguard these from radical market fluctuations.

The problem, of course, is that just like other investments, pensions aren’t merely static entities which accrue stable and consistent returns for all eternity. Although they are generally far more safe than other investments, they still operate in the same economic markets as the rest of our financial world.

With the government’s insistence to urge pension fund managers into government infrastructure investment, it’s no surprise that many people are afraid for their hard earn savings.

We’ll take a look at pension investments a bit more in coming weeks, but let’s first understand how these funds operate.

Another thing that sets retirement funds apart from other investments is how they are treated post-employment, whether through retrenchment, dismissal, resignation or retirement.

These stipulations were put in place to ensure that South Africans do not squander their retirement monies – in essence the money belongs to the individual, but access to this money is limited to old age.

This can also create some headaches for those who need urgent access to cashflow…or those who wish to start new lives abroad.

The options available to you therefore depend on several factors:

There are a few options for retirement funds available to South Africans. While employed at a company, our contributions will go towards pension or provident funds. In the past, these funds were treated wholly different, but with amendments to legislation, the process and treatment have been mostly streamlined.

Preservation funds are used where individuals are no longer with the employer through whom they made pension or provident fund contributions. It is a holding fund of sorts which acts much like a pension fund except that it is no longer affiliated with a primary employment entity.

In addition to these types of funds, there are also life and living annuities. These financial products are aimed at paying a regular income to individuals after retirement, much like a retirement annuity.

Life and living annuities are also similar to preservation funds in a sense – on retirement, one third of one’s pension or preservation fund is encashed while the remaining two thirds are invested in annuities which will pay out a monthly stipend to the individual based on fund value, term and so forth.

Another type of fund is a guaranteed life annuity. This type of fund guarantees an income until death post-retirement, but there is no or limited flexibility and the investment cannot be encashed or transferred. Life annuities also don’t offer options for encashment and transfer.

South African law restricts encashment of funds after previous withdrawals and/or over a certain threshold. Once money is invested in a preservation fund, only one full withdrawal is allowed pre-retirement. Some investment funds also have individual rules restricting encashment, and these rules can only be challenged if legislation allows.

The value of the fund also determines the tax treatment on withdrawal as these amounts are deemed part of your taxable income if not reinvested in annuities. Of course, annuity income is also taxed after retirement, but that is a different matter altogether.

Living annuities allow lump sum encashment below the commutation limit (R50 000 – R75 000). Though this capital has some restrictions, it can be readily invested in a foreign currency investment portfolio. These annuities allow variable income flexibility of between 2,5% and 17,5% on the income rate.

Age of resignation from fund

Some funds don’t allow withdrawals until retirement age, 55, while others manage the amounts available as lump-sum and monthly payments to the individual.

Previously, South Africans could access retirement annuities if living abroad, as well as living annuities under certain conditions pre-retirement. This is still an option, but the rules have changed.

Before March 2021, South Africans living abroad bargained on residency tests to determine their financial obligation to South Africa and their new home. Before March 2020, there was also little question as to the classification of worldwide income.

But SARS and the SARB have been quite busy, and the world as we know it in terms of cross-border finance has changed drastically.

Previously, non-tax residents of South Africa (those living and working abroad who have not formalised their emigration), were only taxed on their South African sourced income. These individuals could apply for financial emigration which would formalise their non-tax status with the SARB, which would deem them no longer liable for tax in SA, and allow them to encash certain funds previously locked down (retirement annuities and living annuities under a certain threshold).

South Africans will be taxed on their worldwide income. Foreign-sourced income is exempt up to R1,25 million after which marginal tax will apply. Foreign-sourced income is now deemed the aggregate of financial and other incentives (equated to monetary value). This means that although the first R1,25 million is exempt, one could see a major dent in this amount should you have various benefits offered by your foreign employer.

South African emigrants’ retirement monies will be locked down in SA for a period of three consecutive years post-emigration before these funds can be released for encashment and offshore reinvestment.

A double taxation agreement between countries can offer some tax relief for those earning foreign or multinational income, but those who wish to access this benefit will need to apply for a tax directive to the effect per tax year.

The new legislation will make it increasingly difficult to evade the tax man, and the likelihood of retrospective auditing is far greater than previously. The best advice would therefore be to get the process of emigration going, and to consult with experts in the field, such as Rand Rescue, to assist in financial planning over the next three years.

Other factors which affect the treatment and availability of retirement savings include:

Need help with your finances?

It can be incredibly daunting to face these tricky financial waters when moving abroad.

Talk to Rand Rescue about your options. We have helped thousands of South Africans with their tax, retirement transfers, encashments and foreign exchange and can help you make the best decisions for your financial portfolio.

Leave your details below and we’ll get back to you!