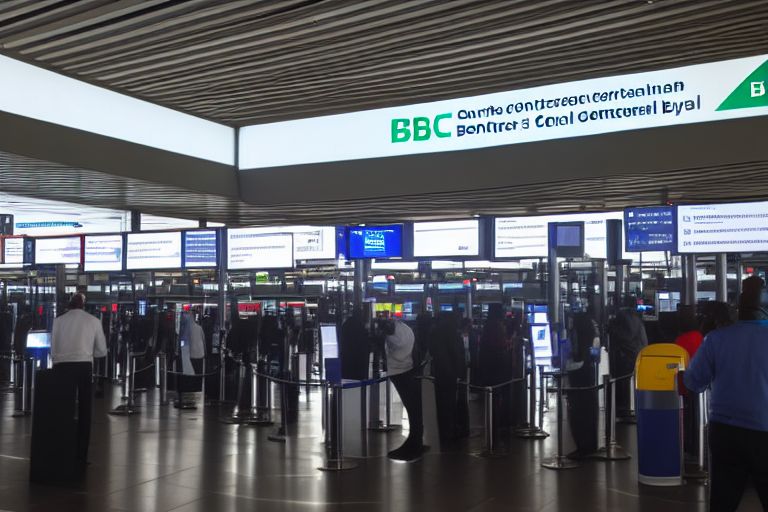 Posted at 02:23h in Uncategorized by Dean 0 Comments
0 Likes 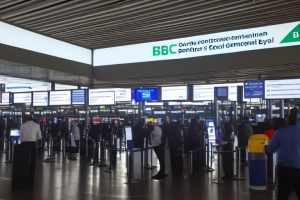 As if the country’s not facing enough headaches as is, South Africans were hit by a triple whammy of travel headaches this October which not only sparked chaos at OR Tambo International airport, but also among prospective travellers both coming to and leaving SA.

Let’s take a look at these developments.

To top it all, the new biometric movement control system (BCMS) launched at OR Tambo International Airport has not simply created massive delays , but those delays will not cease any time soon.

Starting with the most pressing matter is the BMCS – a new biometric system launched at OR Tambo International Airport which has left many tourists from around the globe stuck at customs for a minimum of three hours this week.

The primary problem, it seems, is that the system was launched with no prior piloting to test its feasibility. To add to the chaos, due to cost-cutting by the treasury, the Department of Home Affairs has no intention of increasing the number of staff available to airports to manage this bottle-necking.

The queueing isn’t affecting foreign passengers exclusively, however, as there is also no separation of passport holders at customs, which means that all passengers face the same wait.

According to David Frost, CEO of Satsa, it’s simply impossible to capture all the required biometrics on this new system with the number of staff available. The problem is impacting an industry which saw some of the greatest losses during the pandemic, and many travel providers are now left having to fork out hundreds of thousands to accommodate passengers who have missed their flights, had to seek emergency accommodation or had to cancel part of their travel itineraries as a result. By rebooking passengers on later flights, this is also further reducing the availability of flights – something which is a major headache for South Africans who have had to wave goodbye to SAA, Mango, Kulula and British Airways locally.

The amended passport and travel document fees were announced on 6 October 2022 in Government Gazette No. 47256 and will take effect on 1 November 2022.

The price hike is authorised by Section 4(1)(e) of the South African Passports and Travel Documents Act, 1994 and allows the Minister of Home Affairs to increase prices in consultation with the Minister of Finance.

The last price adjustment was done in 2011.

The adjusted fees will see major increases for South Africans and will be levied as follows: 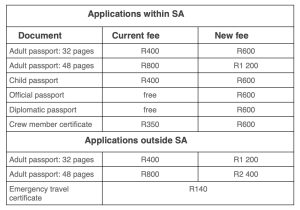 Travellers who had already made plans and either have to apply for new documents or renew their travel documents are outraged at the sudden price hike.

Minister Motsoaledi justify the fee increase based on two notions:

The government had been subsidising the production of passports quite heavily to date
A comparative study showed that SA tariffs were up to three times lower than other countries.

Many have criticised the use of such study, stating that South Africa’s service delivery and financial wellbeing should be the most important factors to consider when hiking prices.

Adding insult to injury, SARS announced at the weekend that they would be introducing a new online travel declaration system which will go live on 1 November 2022.

This new pass would need to be completed by anyone who wishes to enter or exit the country. SARS Commissioner Edward Kiesweetter tried to soothe outrage by stating that it was more than just a simple travel document and declaration, and was aimed at monitoring the flow of money across borders for exchange control and tax purposes.

South African residents can currently carry a maximum of R25 000 in foreign currency across SA borders and ZAR is unlimited within the Common Monetary Area. Where travellers carry more than R25 000 when leaving the country and such funds are intended for paying import duties on their return, the traveller will have had to seek prior approval from the SARB’s Exchange Control Department, and can only do so via the use of the ‘Red Channel’.

Should you carry more than the allowed R25k, a TC01 form is used to declare this excess to customs.

The new travel pass incorporates the needs of the National Treasury, SARS, the Financial Intelligence Centre and the SARB and is aimed at improved financial surveillance.

One of the simplest issues which could cause major headaches is that SARS plans to process the declaration online and return the pass via email. Given the unreliability of email communication (especially under Eskom), many wonder how such a thing would be feasible. What if that email is lost, undelivered or if the user doesn’t have access to internet or electronic devices?

South Africans have had mixed reactions on this system. the DA’s Lindiwe Mazibuko stated on Twitter that the new pass would make it a lot easier to file taxes for South Africans living and working across borders.

Others have not been too kind. Certain users noted how much the system resembles a financial dom pass system – while physical movement is not restricted, it is making it harder for people to operate across borders.

One user noted that he is still busy with a dispute with SARS who incorrectly labeled him non-compliant and that the new pass will prohibit his travels while the matter under dispute is still being tended to.

Some even went so far as to liken the new travel pass to that of the old USSR, noting how SARS is not the overseeing body for physical travel and shouldn’t be allowed to take charge of humans crossing borders as this is not their jurisdiction.

Need to move your funds abroad?

Given the new headaches heading our way, Rand Rescue wants to remind our readers that we’re an authorised forex dealer and can assist with your cross-border financial flow.

If you’re interested, simply leave your details below and we’ll get back to you.