Posted at 05:58h in Uncategorized by Dean 0 Comments
0 Likes 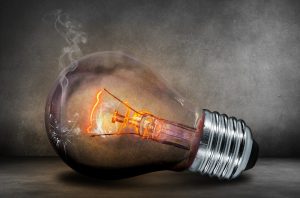 On 22 and 23 January 2022, the Western Cape recorded its hottest temperatures in history, beating its previous hottest records with 3 degrees. Luckily we’re heading into winter times, but while winter gives South Africans relief from the scorching heat, it brings its own set of issues.

South Africans are still reeling from the effects of the global pandemic, and with the state of disaster extended once more, ordinary citizens are not likely to see a silver lining anytime soon.

This is particularly worrisome given the stain on South Africa’s name, Eskom, will undoubtedly apply more frequent loadshedding – as it does.

The failed SOE has not managed to drag itself out of its self-created swamp, despite various bailouts, restructures and reforms, and yet it is allowed to continue plundering taxpayer purses and plunging them into darkness. The Energy for Growth Hub noted in August 2019 that Eskom’s availability factor stood at ∼60% while its price increase over a decade stood at 400% – a dramatic disparity which it has not been able to explain.

While South Africans hedged their bets on CEO Andre de Ruyter when he took the post in December 2019, we were sorely mistaken to think that things would get better. In fact, De Ruyter has fared worse than all other Eskom CEO’s combined since 2007 – according to the CSIR. While De Ruyter has managed to reduce Eskom’s debt, while making a net profit of R9,2 billion in the past year. Profit is a bit of a misnomer when you’re sitting with a debt bill of R392 billion though.

Despite the weeping wound that is Eskom, CEO Andre de Ruyter took home a salary of R7 040 000 and additional bonus payments of R98 000 for 2021. Executive Director Cassim claimed a R4 900 000 salary, R97 000 in bonuses and a housing loan of R3 173 000. Housing loans are a vague topic on the Eskom financial reports, while they note the monetary value of directors and non-executive directors’ housing loans, you need to look at their section on Investment in subsidiaries to note that financing of employee housing loans is wholly owned by Eskom subsidiary Eskom Finance Company SOC Ltd. Likewise, it seems Eskom is similarly insured by subsidiary Escap SOC Ltd in which it holds 100% interest.

While the Presidential State-Owned Enterprises Council (inaugurated in November 2020) is hypothetically working on drastic plans to overhaul SOEs, South Africa has significant council fatigue. It’s conceivable that members on these various councils, units, panels and commissions fall under Salary Level SL14 – SL16, positions which, according to Cheryl Kahla, Deputy Online News Editor for the Citizen, each earn a monthly salary of R1 378 620 – R2 130 602.

While the President had, in his SONA address 2020, stated that South Africans would have free access to government wages as well as their performance appraisals, such information is quite impossible to obtain, so our guessing games are rather futile.

The members of the committee include:

With another R308 billion bailout to SOE’s announced for 2022, it’s rather unfathomable that these well-versed executives overseeing the affairs of other capable executives cannot manage to hone in any spending. Or…perhaps it is. When the Chairperson of Denel is a member of Denel, and the remaining parties are predominantly private companies with investment stakes in South African governmental infrastructure – one can hardly expect objective outcomes, nevermind progressive ones.

In addition to this exorbitant bailout, the South African Energy Regulator has confirmed a 9,61% Eskom Tariff Increase for the public and a municipality increase of 8.61%.  This is notwithstanding the R128 billion funding offered to SA by the EU, US and UK to reduce our reliance on coal energy and increase our green energy developments. We are, of course, also cutting into the R500 billion clean energy transition funding provided to the African continent. The Revego Group who manages these funds had committed to initial energy provision in SA alone for around 200 000 households.

So, while Eskom still splurges on the lavish lifestyles of its incompetent heads, and South Africans fork out for the efforts of committee upon committee tasked with holding our public service providers and servants to account, our bills will increase by nearly 10% despite hundreds of billions in funding for bailouts, transitions and relief.

Of course, it doesn’t help that those who owe Eskom the most money are our own tax-funded municipalities.

Prominent experts in energy will tell you that nuclear power is one of the most reliable and cleanest forms of energy. This is correct…but only if managed properly.

The Koeberg nuclear power plant constructed in 1985 was not constructed to last past a certain age. Thus, given how reliable it is as a source of electricity generation, the SA government had planned critical upgrades to the plant to extend its lifetime beyond 2024. Such upgrades require time, which is why they were scheduled to start months ago. Eskom has deliberately delayed replacement of steam generators and other equipment at the plant, blaming it on their paltry infrastructure – they simply can’t afford to take more power of the grid, “for however will poor South Africans manage to fund their bonuses and housing loans otherwise?”.

Such sarcasm, though certainly juvenile, is as juvenile as the excuses Eskom uses for endangering South African lives and eviscerating their livelihoods while lining their own pockets. Tit-for-tat is a rather futile game when played against one’s government though, that’s for sure.

While nuclear power is clean, it is also dangerous. Playing a game of Russian roulette with a nuclear plant which requires critical care is sheer madness. All this while receiving bailout money and public rate increase?

We’re at a point where we need to decide whether our leaders and decision-makers are purely greedy and incompetent, or outright sadistic and exploitative.

There is no rational explanation for the existence of the SABC or TV licences, the state’s insistence on managing SA’s energy output, the over-regulation and penalties imposed on household clean energy such as solar, road tolls for dangerous and unkept infrastructure, the hiking of rates and funding of government luxuries while the country faces so many crises.

There is absolutely no justification for the continued haemorrhaging of funds by our government and its enterprises. It is quite mad that the people who own our constitution have no authority over those who should lead and execute our rights in SA. Those who are incompetent should be removed – it’s as simple as that. Performance appraisals should, within an ideal democracy, include public voting on performance following disclosure of performance statistics. Unfortunately, the higher the tree-tops the less their accountability. And the higher the executive bodies, the less say the people they are supposed to lead have in their appointment.

When is enough, ‘enough’?

The question which we’ve faced time and again in South Africa is how we could be expected to continue funding government and executive exploitation of South Africans. While many try to divert our attention by stirring racial wars and dissent – the executives who feed off the South African people are of all creeds and colours. The funds extorted by our government could readily have sorted out things like land expropriation – instead, they ride the waves of social discord to fuel their luxurious lifestyles.

If any common employee at any prominent business should mismanage funding and fare so poorly in their roles, they will have been demoted on the spot. Yet, as is clear – those who have more will get more. The De Ruyters, Hlalas, Zumas, Trumps, Ruperts, Rothschilds, Bezoses, Guptas and others who can strangle ordinary citizens into submission will remain – and they will not let go. If Ramaphosa’s Ankole Cow selling for R2,1 million at a time when his country is facing its worst financial crisis in years doesn’t show you the writing on the wall, little else will.

We are not advising on a particular ideology – capitalism has its merits. But while the world is lambasting oligarchs amid a Ukrainian crisis, it’s confounding that we don’t address the oligarch elephants in our own room.

If you’ve had enough, leave your details below and Rand Rescue will consult with you on options for moving your financial assets to your chosen new home outside SA borders.