Schengen Visa Delays – Why The Wait? 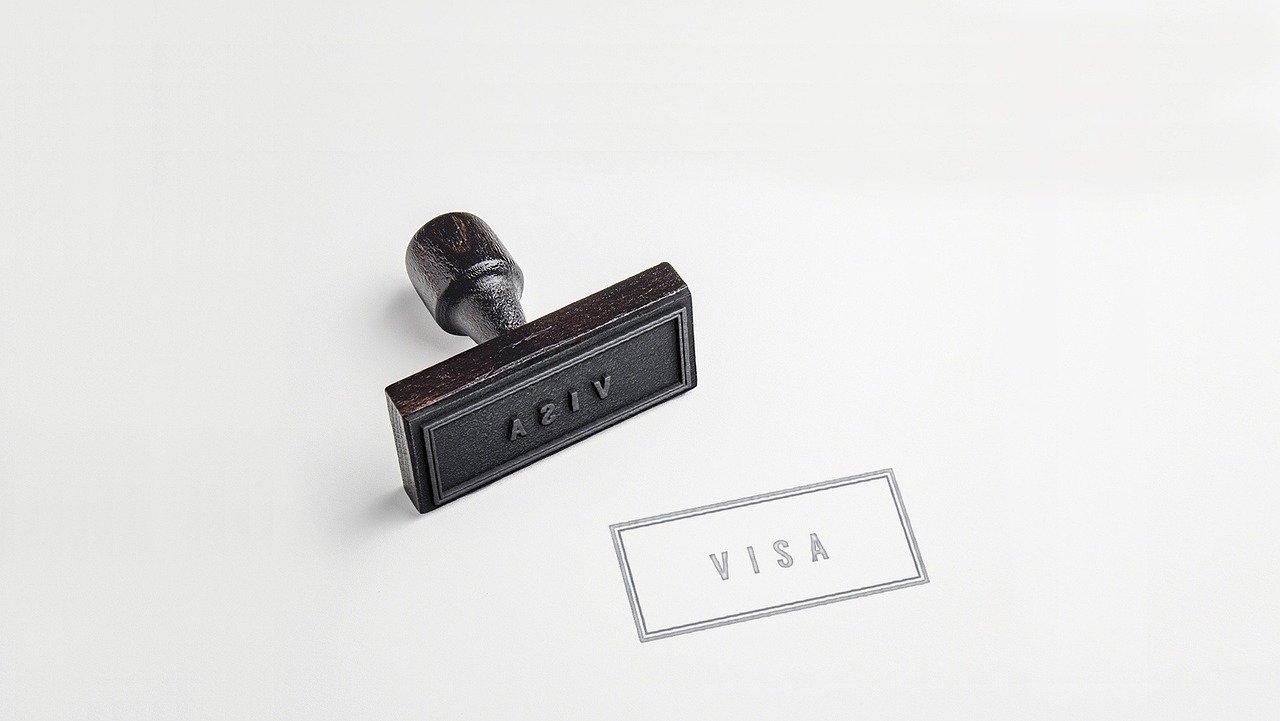 Posted at 00:39h in Uncategorized by Dean 0 Comments
0 Likes 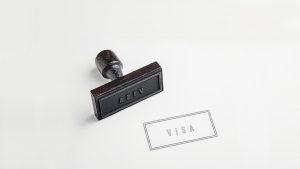 Schengen Visa Delays – Why The Wait?

As many of our readers are aware, there have been significant issues and delays in issuing Schengen visas in the past few months. Additionally, thousands of flights across Europe and the UK have been cancelled for various reasons.

Rand Rescue takes a closer look at these issues.

What is a Schengen visa?

This drastically eliminates paperwork and admin, as well as ease of travel as one doesn’t need to comply with border control at each stop.

The Schengen visa application requires the following information from applicants:

– Completed visa application form
– Valid passport and/or other form of identification
– A photograph of the applicant not older than 3 months
– Proof of legal residence
– A cover letter
– Round-trip flight itinerary (or other means via which borders will be crossed into the region)
– Proof of accommodation for the duration of the visa
– Means of subsidence (may include income earned outside Schengen in general, proof of income or funding for the period of stay in the Schengen region and/or proof of income earned for the duration of stay – which may not be from an impromptu source within Schengen acquired ad hoc while visiting the area)
– Proof of health insurance cover.

Many applicants have noted that the requirements for the Schengen visa are nonsensical while they are struggling with their backlog. With some applicants applying for specific purposes and periods (whether travel, business and so forth), they cannot:

– Guarantee that the photographs provided were taken less than 3 months ago (i.e., if the application takes months to process)
– Provide proof of their itinerary and/or accommodation for their travels when they don’t even know when/if their application will be processed.
– ‘Proof of residence’ is generally provided by legal entities with a validity of 1 – 3 months. Should such entities be contacted after such time, they will deem the proof invalid.
– Proof of residence can also be invalidated should an applicant have moved during the period that their application is being processed.
– Should the applicant have changed jobs during the extended waiting period, the proof of subsidence they provided initially will be deemed outdated by the time their application is administered.

There are other issues as well:

– Since applicants need to hand in their passports in most circumstances in order for these to be stamped following biometric verification, many applicants land in hot water when their passports are withheld for an extended period. This creates scenarios where individuals overstay their visas or are restricted from travel for the duration of the Schengen application process through no fault of their own.
– Applicants from certain countries need to comply with certain health regulations (such as inoculations and other checks) within a certain time frame before their travels commence. It’s impossible to acquire international health insurance for the purpose of travel without these, and yet it’s also impossible to acquire these within the right time frame unless you know when you’re going to travel.
– Certain applicants who don’t receive outright rejections are granted 12-day (or similar) visas – this makes it impossible to plan and execute travel plans when one’s itinerary or length of stay exceeds this period or if you wish to visit the area incrementally.
– Individuals who need to complete tests (whether linguistic, aptitude or other) in order to visit a region for specific purposes can only complete these tests on visa approval (or vice versa).

While many people label this visa an ‘EU visa’, certain countries form part of the free transit area which are not part of the EU, including: Iceland, Liechtenstein, Norway, and Switzerland.

Additionally, certain countries which are part of the EU are not covered by the Schengen visa, including: Bulgaria, Croatia, Cyprus, Ireland, and Romania.

Countries which form part of Europe but are excluded from Schengen transit include:

Bulgaria, Croatia, Cyprus and Romania are expected to join the Schengen zone in future while Andorra, Monaco and Vatican City are de facto members since they don’t impose border controls.

Embassies and consulates from several countries within the Schengen area have suffered a massive backlog of visa administration and approval since early in 2022. Added to this, flights have been cancelled en masse from and to some of the largest airports in the Schengen area and throughout Europe in the past few months.

There are additional issues with the ‘backlogs’.

– In order to qualify for a Schengen visa

There are several issues which contribute to the current travel ‘crisis’. We’ll give a brief overview of these. Note that while the UK doesn’t fall under the Schengen area or EU, they have experienced the same issues of late. Issues listed below therefore apply to the UK as well.

Most countries who have delays in processing of Schengen visas as well as those who have cancelled flights have cited staff shortages as the primary reason for the backlog. The strikes are blamed on rapidly rising inflation and

According to these nations there is a pre-existing issue of staff shortages which is compounded by mass strikes throughout the travel industry – specifically airport personnel.

While this is a legitimate reason for backlogs, it’s still questionable as London Gatwick airport has, for instance, employed 400 new personnel in the past few months.

Additionally, while some airports claim that travel cancellation is due to a shortage of baggage handling and ground crew employed in similar roles, others have cited a shortage of security personnel as the primary reason for the delays and cancellations.

As for the visa processing, while countries have cited a lack of personnel for the backlog, many nations have questioned this as a large chunk of the applications which are processed are rejected – which means that the issue is not just one of human resource, but red tape.

Among the countries whose citizens have experienced increasing denial of visa applications include India, Morocco, Gambia, Turkey, South Africa and Pakistan.

One reason cited for the visa rejections, backlog and flight cancellations is a rapid influx of travellers to Europe and the Schengen area following the lifting of Covid travel restrictions.

Many people either delayed travel until lockdown passed, or have saved up for travel during the 2-year+ lockdown period.

Schipol Airport in the Netherlands explicitly stated that their issue relates to security – noting that the ‘sold seats’ for people travelling through the airport exceed their security capacity by 13 500 people. They have subsequently cancelled travel for 18% of passengers (9250) until at least mid-October.

Other countries have been less forthcoming. The Directorate General for Civil Aviation in France stated clearly that they are working hand-in-hand with  to avoid planes in the country’s airspace.

It makes sense that there would be heightened security concerns in Europe given the crisis in Ukraine and other conflicts the world over. It also makes sense that governments would not want to alarm travellers or citizens of such matters should this be the case.

Another factor which is not explicitly mentioned but certainly plays a part in the rejection of visas and flight cancellations is the energy crisis plaguing Europe.

Governments are reliant on tourism and business to continue, but they’re also cognisant of the impact the energy crisis has on their people and industries. Not only are there less fuel and energy resources available for ‘leisure’ purposes, but countries also have to mitigate the impact of energy usage by travellers in the area.

The Catch-22 is that they cannot explicitly state this to the public. Research has proven time and again that such declarations or admissions don’t deter lower income travellers and merely deter higher income travellers from visiting afflicted destinations. Since more affluent visitors are preferred over those who are unlikely to boost the local economies much, countries have to effect restrictive measures implicitly.

We’ll cover more on the energy crisis in our next blog, so keep an eye out.

The last reason cited for the current restrictions and backlog is an influx of travellers from Russia and affiliate nations.

Sources indicate that there has been a massive influx of both refugees entering Europe via Russia and neighbouring countries, as well as numerous leisure travellers from Russia.

Since the EU has imposed a full suspension of all visa applications for Russians and those applying via Russia, this has placed an additional administrative burden on those entities responsible for security checks and visa applications. Not only must they ensure that visas aren’t approved for Russian citizens, but they also have to do more extensive background checks to ensure that any affiliates or Russian sympathisers are also removed from the equation.

The EU’s Foreign Policy Chief Josep Borrell stated, “we have seen many Russians travelling for leisure and shopping as if there’s no war in Ukraine”.

South Africans have also been caught in the crosshairs. Those who wished to travel to the Schengen Area earlier this year have seen similar backlogs in processing. Not only have many applications been rejected (far more than before), but saffas were informed earlier this year that Schengen visa appointments were ‘fully booked’ until at least mid-October 2022.

While South Africans can request appointments once more after this tentative date, there is bound to be a massive influx of applications due to the delay. With the looming European winter, restrictions and rejections will most likely be tightened even more once appointments open up.

In a strange twist of fate, individuals who had hoped to travel to Europe, do business there or host conferences have increasingly set their sites on more accommodating regions, including Asia, Africa and South America.

While travellers from these regions are the ones most affected by travel restrictions, the restrictions themselves have opened up new opportunities for business and tourism.

Ready to take the leap?

If you want to travel to the Schengen area in the near future, make sure you have crossed your t’s and dotted your i’s.

If you need advice on managing your finances across borders – whether forex, tax or asset transfers, please leave your details below and we’ll get back to you.