The Great Trek Of The 21st Century

12 Oct The Great Trek Of The 21st Century

Posted at 08:43h in Uncategorized by Dean 0 Comments
0 Likes 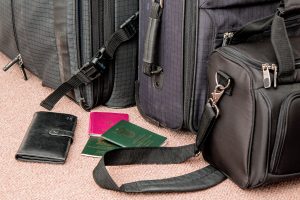 The Great Trek Of The 21st Century

For many, the thought of finally leaving the South African borders in search of newer and greener pastures has become a pressing and also vital matter. Many locals have migrated the past two, to three decades establishing themselves as saffas living abroad.

Rand Rescue has, of course, helped many of these South Africans with the financial part of their relocation, but as that big red ‘x’ on the calendar for 1 March 2021 quickly draws near, it seems there may be certain things we will no longer be able to assist South Africans with.

The fact that your retirement savings may henceforth be locked down in SA should, however, not be a deterrent for considering relocation, instead it can be viewed as the pivotal driver for settling abroad.

It is evident South Africans are faced with circumstances that have pushed countless others like them to seek a new life elsewhere. From crime, to corruption, job opportunities to better education, tax changes and pension lockdowns – each person has a push or pull which motivates this move. Even minor and mundane concerns such as potholes and load shedding have been expressed as valid reasoning for many behind the ‘Great Trek’ of recent years.

As of 2020 (and all that it besets – Covid-19, increasing crime and corruption, and business failures, to name a few), many South Africans are now, more than ever, adamant to pack up and make a dash as soon as it is possible. Their final destinations reach far and wide, some are looking at something closer to home in either neighbouring Namibia or Botswana, whilst several are opting (like so many before) for Australia and New Zealand. There has also been an increase in South Africans finding employment in the Middle East – this segment, however, usually has no other option but to return home after saving money for a few years as immigration to these states are impossible for South Africans.

Though the USA seemed a valid option, many are a bit apprehensive given the current political climate. The same can be said for the UK, which had been a popular choice before  – but with the uncertainty of Brexit and what it will spell for expats, some are cautious.

Word on the street is that many South Africans are also considering European nations – Ireland, the Netherlands and Germany seem the most popular choices.

Canada is another ‘fan favourite’.

Be sure to understand where you are heading, what limitations await you once arrived and the most noteworthy differences between the two countries you’ll be toggling. Do a comparison with South Africa. Be honest with yourself. South Africans are often so fed up and bitter over certain parts of their home that they toss the baby out with the proverbial bathwater. There is a tendency to plaster a label of negativity over all parts of the country. This is not to say that negative emotions and complaints aren’t valid  – but such resentment taps an enormous amount of energy; energy which you’ll require to adapt to your new life. A persistent focus on all that is bad also clouds one’s judgement and detracts from the adventure of a new life.

Be honest with yourself

Once the novelty wears off, saffas find themselves yearning for previously unnoticed components that contribute to the magic and essence of this truly amazing Rainbow Nation. Ask any saffa and they’ll confess that watching a rugby match over a braai is hardly the same as doing so back home.

Minor things are amiss; grabbing a piece of droëwors or pepper steak pie when fuelling at your local garage, any hour of the day, is just one of them. Another noticeable feather in South Africa’s cap is the service delivery in the public sector, from waiters at restaurants and shop assistants, to fuel attendants. With many parts of the world not offering such services or switching to self-help kiosks, fuelling up or shopping can be a strange experience. South Africa also boasts world-class medical professionals who usually offer insightful peace of mind concerning ailments and medical issues; one of the reasons why our doctors and nurses are so sought after in certain countries. What’s more, we are renowned for our innovation in banking, technology and infrastructure the world over.

Overall South Africans have a good life compared to some European or African states – the pay bracket can definitely be higher here, we have good weather, open spaces and have such a diverse offering (from metropolitan city life, to bush-and-game outdoors and even a tropical climate and landscape in some parts).

South African expats are often shocked to find that the cost of living is rather steep abroad. Things like fresh fruit and vegetables can cost an arm and a leg elsewhere, and the quality of produce may not be what you’re used to. Finding affordable housing abroad which offers the same type of benefits as housing in SA – such as large backyards, garages for cars, on-street parking and borehole water is not necessarily a given abroad.

Focus on the silver lining

That said, once the decision is final,  initial emotions are often overwhelming excitement and anticipation. For those who have pondered about setting up house elsewhere, there are concerns, especially when many have to do so with family dependents and pets. They want assurances that the place they’re heading off to offers a more blissful existence than the life they leave behind (be it a safer environment, education, greater future prospects, an improved career, or better income).

There are definite benefits to living abroad as an expatriate or foreigner. Many countries certainly offer better pay, better schooling and safer environments. Children can play outside, you don’t need to worry about locking doors all the time and going for a jog at night may be par for the course.

South Africans are also welcomed in most countries. We have proven ourselves as hardworking, dedicated and overall ‘good’ people – in both professional and personal capacities. Our wit makes us stand out amongst other nationalities and the ‘savvy’ that one can only acquire after being born into what is now referred to as the spirit of Mzanzi is admired the world over.

You may see your wealth grow at a far greater pace if you reinvest your money in the local economy or investment portfolios. Should you take your retirement savings with, some countries also offer amazing retirement incentives to boost your savings.

Should you finally have an opportunity to re-establish yourself and your family abroad, the most vital prerequisite is to keep an open mind. Embrace your new surroundings, the culture that awaits and the customs which are considered the norm.

Though it’s vital to retain your heritage and remember where you come from, it is also crucial to immerse yourself in different ways and cultures. This will allow you to claim your new life and help you adapt. Locals will also be far more welcoming and helpful if they can see the effort you are making to accept their home as your own.

There are many things that make us uniquely South African. One of these things is our undeniable resilience. Use it to embrace the world and empower those around you to do the same with Mzanzi.