The Year of the Gun: SA Beware 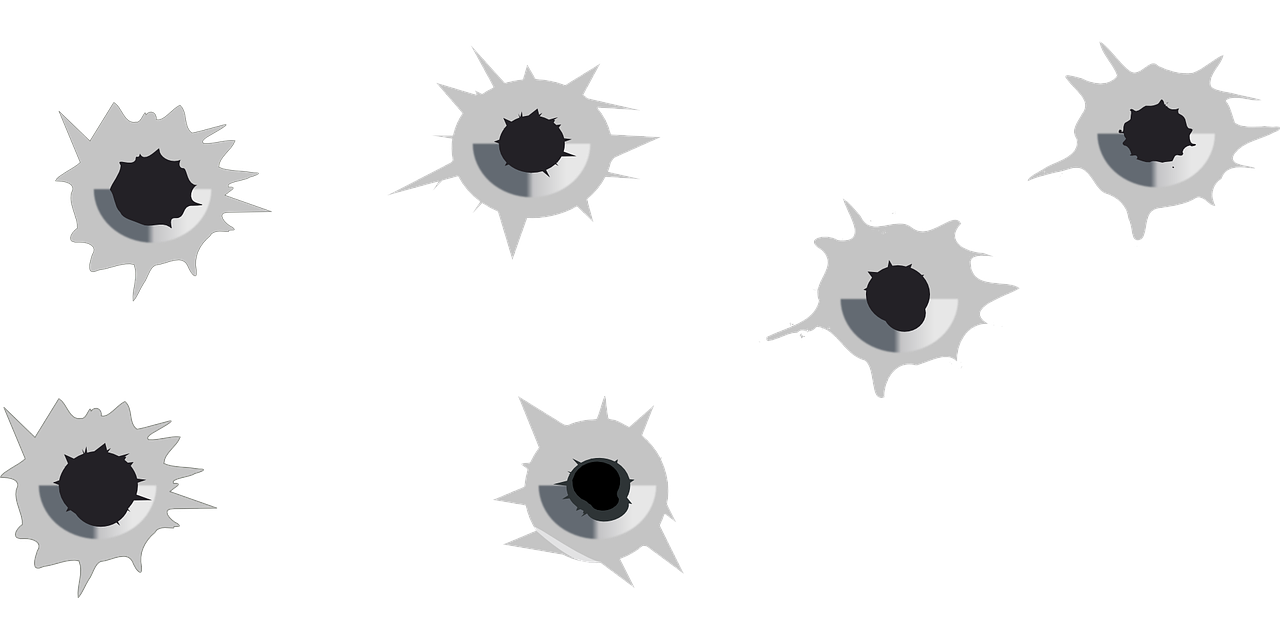 11 Jul The Year of the Gun: SA Beware

Posted at 23:56h in Uncategorized by Dean 0 Comments
0 Likes 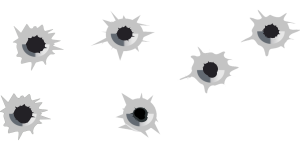 The Year of the Gun: SA Beware

Just over the halfway mark of the year, and it has already been a wild ride. A wave of political shake ups and other events have kept viewers glued to their screens to follow the news.

In the USA, a shocking and fairly common event saw the shooting of 45 people at a 4th of July parade in Highland Park, Illinois. Seven of these victims would succumb to their injuries. These seven lives would push the daily tally in the US to 220 deaths for the holiday, with an additional 570 people injured. The shooting pushes the counter up to 309 mass shootings in the USA for 2022.

Further afield, Japan’s former prime minister Shinzo Abe was assassinated at a political campaign event. His killer used a home made gun to shoot Abe. His motive? He believed Abe supported a religious group to whom his mother had donated her money, leading to her financial ruin.

Mass shooting is not something Japan is known for, and while South Africa is no stranger to violent crime – mass shooting isn’t common here either. Yet in an event that would shock the nation, thirteen people would be gunned down in a tavern in Soweto, in a seemingly motiveless crime. According to other partygoers, the atmosphere in the tavern was jovial with no fighting or unruly patrons who could have sparked such violence.

Research published in the peer–reviewed International Journal of Comparative and Applied Criminal Justice shows that 73% of all mass shooting events in developing countries over the past three decades have occurred in the USA, and 62% of deaths from such shootings were also in the USA. This debunks stats previously published by pro-gun lobbyists who ranked the USA far lower in country comparison charts.

Those stats had, however, been previously debunked as the persons who compiled it deliberately based their stats over a period where certain other countries had singular deadly events. Most notably, they used statistics for Norway to warp the data – this is due to the single mass shooting which occurred in 2011 where Anders Breivik gunned down 69 people. It was the only mass shooting in Norway from 2009 to 2015 – the period used for their statistics.

World Population Review point out the flaws in the statistical representation used by the CRPC to change the US ranking. As comparison, they used the 9/11 attack using the same mathematical calculation. By applying that same rationale, it indicates that the USA has an average 297.9 deaths per year from terrorist plane hijackings (over a 10 year period). While this is accurate to some extent, it doesn’t accurately represent the data as it lacks contextual accuracy given there had only been one incident. Frequency, which is a crucial data point, is completely ignored.

Nevertheless, if one does simply want to look at average deaths, a report by Bloomberg compiled by data from the Institute for Health Metrics Evaluation, the IMF and CIA indicate that the USA by far outranks other developing nations for gun violence overall – with 3.964 deaths per 100 000 people. In second place is Cyprus with a score of 0.628 deaths per 100 000 people.

South Africa should not be too smug about our lower stats, however, as there’s talk of a looming insurrection in SA – one which may see violence, the likes of which we haven’t seen in decades.

The Daily Maverick reports that intel from sources tied to the State Security Agency, Police Crime Intelligence, the military and Hawks indicate that SA is on the verge of a terrifying violent cataclysm.

To understand what these sources are predicting, we need to turn the clock back to July 2021. While it is well known that the riots which occurred on 13 July 2021 had been deliberately orchestrated by the ANC RET faction to destabilise Ramaphosa’s leadership – the extent of their plans wasn’t fully known until now.

The RET is the radical economic transformation faction within the ANC which has been highly critical of ‘appeasers’ within the ANC who they believe don’t represent the values of the party and its supporters. Prominent RET campaigners include Lindiwe Sisulu, Nkosazana Dlamini-Zuma, Zweli Mkhize, Carl Niehaus, Ace Magashule, Nkosentsha Shezi and David Mabuza. Sisulu, who has just announced her candidacy for ANC president, is backed by staunch Jacob Zuma supporters.

While the riots seemed like a frenzied affair – a complete and utter devolving into chaos –  it seems it was a very well orchestrated event. The chaos which ensued was simply the perfect smoke screen for what was happening behind the scenes.

The evening before the riots started, a band of men stealthily broke into the Massmart warehouse which would be looted the next day. They shut off security cameras and snatched a few necessary items for themselves. These items included tents, generators and survival gear. Next, word was distributed via WhatsApp to one and all to inform the would-be looters that the building was unguarded and ready to be ransacked.

Sources stated that this covert pre-looting theft was one of five major events which occurred during this period. While ordinary citizens were distracted by the crazed plundering, no one paid attention to these other events.

Following the stealing of survival gear, Transnet suffered a cyber attack which facilitated the stealing of two containers filled with rifles (equivalent to AK-47) from the Durban harbour. Most notably, these rifles weren’t destined for South Africa and their presence in the harbour wasn’t legal to begin with – which indicates that these events were highly organised and required cooperation of various inside sources.

Approximately 1.2 million rounds of ammunition was subsequently stolen from a private Durban container yard which had many persons scratching their heads over the presence of this high-risk shipment in a low-security facility. This is the largest single civilian-sourced munitions theft in South Africa’s history. This particular shipment had come from Brazil and was headed to Pretoria. 50 metres from this container yard, four 8 and 12-ton trucks requiring specialist driving knowledge were also stolen.

Another strategic looting spree saw the theft of radio equipment and repeaters from various radio stations which can be used to improve long distance communication and tap into the SAPS’s encrypted Tetra radio communication system.

Lastly, R120-million was stolen from bombed ATMs during this period.

Security experts state that all these crimes point towards a well-organised network of criminals planning a guerilla type insurrection. While most of the country laments the persistent Eskom failures, rising petrol prices, job losses and other crises – these people are most possibly relishing the brewing of a perfect storm.

To understand the type of network and expertise involved in these thefts, one must look at what it takes to achieve each of these events. Customs and Transnet staff, SAPS insiders, specialised rig drivers, radio comms experts, individuals who knew where all the equipment or loot would be at what time, staff who knew how to enter Massmart undetected before the CCTV was deactivated, access to explosive devices or knowledge of making these to bomb the ATMs. Moreover, one needs a secure place to stow the 14-tons of ammo as well as the two rifle containers.

Attorney Richard Spoor revealed findings from an undercover inquiry which point towards a RET revolt in coming months.

This is not exactly a state secret, as Carl Niehaus and Nkosentsha Shezi have publicly stated that they would lead mass protest if Ramaphosa doesn’t step down. They’ve riled up the public to such an extent that #RamaphosaMustGo has been gaining increasing traction on Twitter.

Spoor indicated that the RET is using a wide array of tactics to oust the reigning president, including persuading prominent business leaders like Stephen Koseff, Johan Rupert and Brian Joffe to withdraw support for Ramaphosa to spare their businesses from riot damage.

Investigations into the looting in July 2021 already pointed out that it was orchestrated by intelligence operatives who support Jacob Zuma. In addition to the stolen loot mentioned above, other parts of the riots were incredibly well orchestrated – including the disabling of sprinkling systems, emptying fuel from machines before setting fire to them, removing lining from ceilings to increase damage, disabling of security systems and so forth. Experts claim that it had taken months to plan the riots. The chaos which ensued not only destabilised the economy, but kept the police busy to such an extent that the true goals of those behind the plan would not be seen until months later.

The RET is quite clear on its goals, as penned down by Carl Niehaus:

The writing is on the crumbling wall – the ANC splinter faction will not entertain a compromise and won’t stop until the leading party is sculpted to their liking – even if they have to scorch the earth in the exact same fashion as the British scorched South Africa’s earth during the Anglo Boer Wars. It is an irony that these people claim to seek the empowerment of the poor while their actions are an exact replication of colonialist intruders who had disenfranchised the nation time and again. It is confounding that one’s logic for uplifting the poor would require you to loot, plunder, kill, maim and cripple the South African economy to the extent that ordinary citizens lose their livelihoods.

South Africans will now have to hold their breaths and keep their cool as they wait to see where and when the next bout of chaos will erupt. If we’re to trust those in the know, it’s not a matter of if, but when – and most believe the when is just around the corner.

Ready to head out?

We still have two years to go before the next national elections – if the state of the ANC is anything to go by, those two years are unlikely to provide the calm and restoration we’d been hoping for post-pandemic.

If you’re keen to make an exit, talk to Rand Rescue about your finances and let us help you move your money abroad. Simply leave your details and we’ll get back to you.