Unique tourism: travelling with a purpose

Posted at 05:35h in Uncategorized by Dean 0 Comments
0 Likes 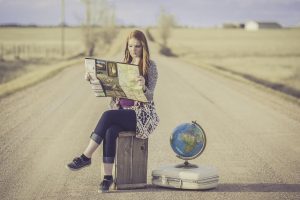 Unique tourism: travelling with a purpose

Even before worldwide movement was restricted, the world had been changing in the forms, desires and methods of travel.

People have wanted to experience things in a unique way for ages – the monetisation of location-based reporting and reviewing, as well as the restrictions placed on people during the pandemic has simply fuelled this need.

Travel as functional and experiential

The major incentive from the pandemic which has been fuelled by social media platforms since at least 2014, is that travel could be a multipurpose pursuit.

These days many people plan their itineraries according to those post, images and places which are most desirable. This is a strange phenomenon: interest is perpetually sparked by perceived interest and positive brand perception is reinforced by hypothetical lifestyles. In short: if you infer that the thing you’re promoting is unique and that those who engage with you could possibly attain your level of social or economic sway, you don’t need to have this sway to begin with…you only need to fake it til you make it.

That said, while Gen Z and Millenials have received significant derision for reinforcing businesses or industries which are considered nonsensical by traditional terms, the scorn is both misplaced and ineffectual.

The trend of social influencing and interaction is not likely to reduce – though it is likely to transform. Furthermore, the idea that economic gain from pursuits deemed rudimentary and pointless by older generations is also wholly misplaced.

Economy is fuelled by need

Economy will always be fuelled by need. While basic needs like food and sustenance will, of course, prevail throughout history and societies, other needs are not necessarily relevant anymore.

The premise that someone needs to make money to buy a home, get a family, pay for their children’s education and afford transport to-and-from work is falling away for many reasons:

1. Most younger people aren’t keen to own property – the cost is high and it locks them down to a particular location
2. Nuclear families in a traditional sense are falling away – the white picket fence, getting married, getting children and so forth are goals which are no longer crucial. There is no moral wrong to not wanting children or a family, and yet the perception is that such behaviour is intrinsically aligned to a particular nihilistic stance
3. Travel and information around travel is more readily available – people can stay with and travel to locations they may not previously have considered, since the internet and social media allows for vetting which was not previously available.

Medical tourism has been on the rise in recent years with many people choosing to not only have a great view and experience, but getting something snipped, tucked or fixed while they’re at it.

Nature tourism isn’t necessarily about zoos and parks – it may be that you’re looking to see a unique flower, landscape, frog or natural phenomenon. There’s a wealth of destinations to choose from which may suit your particular taste and interest.

Sport and recreational tourism has been a favourite for travellers and adventurers through the ages. Whether travelling as spectator or to take part in a particular sporting or recreational event.

Many people choose their itinerary based on their family make-up. They want to know there’s enough to keep one and all entertained while also being safe and affordable destinations.

One of the most common motivators for tourism is cultural immersion. While many people tend to choose a culture they find particularly distinct (and travel agents also reinforce this) there are several other places you can put on your bucket list.

There’s no exact term for this type of tourism, as it comprises a range of strange and unique experiences. These destinations are aimed at those who aren’t looking for your usual tourist spot

Art has fascinated humans throughout our history. It’s no surprise that people visit specific destinations to see specific artistic works.

Whether sculptures, paintings, architectural art or other unique works which cannot be observed elsewhere.

It might sound like an odd concept, but people have always been fascinated by the strange and macabre – it’s in our nature to want to see and explore those things that are shocking or make us emotional. Some people want to visit these sites to pay homage or remember the dark parts of human history. Whatever the motivation, it is a legitimate category of tourism.

Some tourists like to combine their cultural and natural experiences with absolute isolation from other humans. This isn’t always easy when thousands of tourists flock toward a particular attraction, so choosing a place where you can be surrounded by a particular beauty which serves your purpose may not be that easy.

It sounds like a misnomer, or at least a hyperbole: entertainment is part of tourism, isn’t it!?

Indeed, part of tourism is indeed linked to experiences which enlighten, enthuse or…entertain.

But entertainment tourism has become a form of tourism in its own right. Those with the capacity for travel as well as social media influencers have strategically timed or aligned their travel and tourism to entertainment.

We cannot make a list like this without excluding foodies. Indeed, many people choose to travel abroad simply to indulge unique and mouth-watering culinary experiences they can’t find at home.

While people tend to link ‘spiritual’ tourism to ayurvedic and ‘hippie’ culture, the truth of the matter is that most religious travel is and always has been linked to the primary world religions – Christianity, Islam, Buddhism*, and Hinduism.

The greatest ‘spiritual’ tourism has always been linked to the main faiths. Whether people trekking to the Vatican or Mecca, to Brazil, India or Tibet – people seek out destinations which align to their beliefs.

It’s not all about explicit spirituality though. Some people embark on spiritual journeys which aren’t linked to a particular faith or incorporate many aspects of many faiths.

Eager to see the world?

Rand Rescue can help you convert your currency for your destination or destinations of choice. Leave your details and we’ll get back to you!